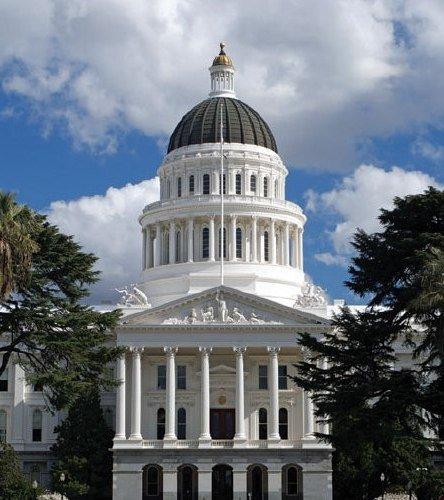 Dan Carrigg is legislative director for the League and can be reached at CarriggD@cacities.org.

After repeated partisan deadlock on whether to cut programs or increase taxes, the Legislature dodged reality throughout 2008 by papering over the state’s financial chasm — a ploy that could not be sustained indefinitely. With unemployment eclipsing 12 percent, more than 2 million homes in foreclosure, a plunging stock market and credit markets in turmoil, 2009 became the year when everything was tested and weaknesses were exposed.

Legislatively, 2009 was a raucous year. Highlights included tension between legislators and Gov. Arnold Schwarzenegger, grassroots-level clamoring for legislative reform, a legislator’s resignation in a sex scandal and Senate President Pro Tempore Darrell Steinberg attempting to craft a water agreement to avoid what he aptly called “a culture of failure.”

Local governments did not go unscathed by this crisis. City finances sustained significant damage caused by the state borrowing local property taxes and seizing redevelopment funds, but borrowing impacts will be offset by a securitization program, and redevelopment agencies expect to prevail in court.

Prior to the 2008 year-end holidays, Democrats proposed a “majority vote” budget that attempted to work around Republican votes by raising fees instead of taxes. While the governor ultimately rejected this effort, his director of finance kicked off 2009 by announcing a two-year combined budget deficit of $41.6 billion.

An apparent breakthrough occurred in mid-February when the governor and legislative leadership announced an agreement to resolve the pending budget dispute. The solution included $14.9 billion in cuts, $12.5 billion in temporary tax increases and $11.4 billion in internal and external borrowing. Local Community-Oriented Policing Services (COPS) funding was protected by enacting a temporary 0.15 percent Vehicle License Fee (VLF) increase dedicated to public safety, and other local revenues were left intact. However, a major obstacle remained: Critical components of the budget deal hinged upon voters approving six ballot initiatives (Propositions 1A–1F) on the May 19, 2009, statewide ballot.

Prop. 1A , the centerpiece of these measures, limited spending options for unanticipated state revenues and required the state to maintain a reserve fund of 12.5 percent. Other propositions authorized borrowing from special funds and included an anticipated $5 billion injection of revenue from the state lottery.

If Prop. 1A passed, the tax increases approved in the budget deal would be extended by two years and a $9.2 billion payment would be made to schools.

The governor and legislative leaders tried to sell this Sacramento political compromise to the voters, with little traction. Public anger at politicians perceived as not doing their jobs, compounded by a deteriorating economy, led to a solid thrashing of these proposals by the voters. Only a measure that limited legislative pay increases during state deficit years passed.

Local Revenues Put on the Table

Things went from bad to worse after the May 19 election. The voters’ defeat of Props. 1A–1E and the $12.5 billion budget-approved tax increase resulted in both Republican leaders losing their positions and recall efforts launched on other members. With tax increases off the table, options for closing the remaining budget gap narrowed to borrowing and otherwise taking money from local government or making more cuts to state programs.

Local governments had enjoyed a positive relationship with the governor dating back to the passage of Prop. 1A in 2004. The governor had repeatedly taken the position that the state should live within its means and not take local money. All that changed following the May election. Starting with his “May Revise” of the budget, the governor put a number of things on the political table: borrowing local property taxes under Prop. 1A; taking local Highway User’s Taxes (HUTA), also known as the gas tax, to pay state debt; and another proposal to take redevelopment dollars.

Cities, counties, special districts and redevelopment agencies — struggling in the same economic climate that forced them to lay off police, firefighters and other staff, furlough employees, slash programs and reduce services — fought back using both traditional and nontraditional means.

Cities passed resolutions, sent letters, formed coalitions and made countless phone calls. Protecting local revenues was the theme of the League’s Legislative Action Days in April and a special Budget Action Day in early June. Later that month, 200 policy committee members participated in a press conference whose budget-related theme — “don’t kick the can down the road” — generated statewide coverage on radio, television and satellite news. Litigation strategies were prepared on all fronts. Redevelopment agencies prevailed in trial court to stop a state effort to take $350 million, and the League prepared to litigate the constitutionality of the proposed grab of local HUTA funds, as well as the Prop. 1A borrowing.

Next, the League launched the Save Your City campaign. In just weeks, the League’s regional public affairs managers gathered more than 500 videos from city officials, community leaders and even some state lawmakers, challenging state borrowing practices and stressing the devastating community impacts of taking local funds. Loaded on the SaveYourCity.net website, these individual testimonials triggered many news stories and were automatically e-mailed to legislators and the governor.

Later in the summer, the League placed a full-page ad in the Capitol Weekly that criticized the state’s Enron-style accounting practices, illustrated by attempts to borrow or take local funds. While these battles raged, the League was already engaged in a reform discussion working with the Cities, Counties and Schools (CCS) Partnership. More than 500 local officials convened in Sacramento in mid-July for a summit where it was agreed that protecting local revenues from state raids was the number one priority.

It was difficult to measure the impacts of these efforts on legislators, who were overwhelmed by the enormity of potential cuts and desperate for any exit. The governor’s position hampered local efforts to get legislators to reverse proposals for borrowing local property taxes and taking HUTA and redevelopment funds. Legislators balked because not robbing local revenues meant they had to make deeper cuts elsewhere; some even argued that local agencies — like redevelopment — would not get hit by unconstitutional proposals because they would win the lawsuits generated as a result of the proposals’ passage.

Ultimately, in late July, the “Big Five” (the Senate president pro tem, speaker of the Assembly, Republican leaders and the governor) reached a complicated agreement that included borrowing $2 billion in local property taxes, taking $2.05 billion from redevelopment agencies and taking nearly $1 billion in HUTA revenues. But this approach ran into trouble as legislators balked at various aspects of the agreement, including the enormity of the hits to local government. Thanks largely to a combination of circumstances, including efforts by the Assembly Republican Caucus and several Democrats, the HUTA-grab proposal was eliminated from the final package.

Although the Legislature officially recessed on Sept. 12, the Senate remained bogged down in a partisan dispute that left many items unresolved, including the necessary budget cleanup needed to securitize the Prop. 1A loan. On a parallel track, legislative leadership struggled to put together a water agreement.

After local officials spent weeks lobbying Senate leaders and members, senators returned on Oct. 14 for a one-day session in which they passed the budget clean-up bills that were critical to property tax securitization efforts and clarified vague language on a temporary HUTA deferral. The governor signed this legislation on Oct. 19.

To the surprise of many, on Nov. 4 legislators and the governor reached agreement on a five-bill package on water, which includes an $11.1 billion water bond to be submitted to voters in November 2010. Elements of this package remain controversial.

As Western City went to press, extraordinary legislative sessions on the special tax commission’s recommendations and education performance remained open. With the Legislative Analyst’s Office projecting a budget deficit of more than $20 billion over 18 months, it was not clear whether the Legislature’s work in 2009 was finished yet.

The League board of directors identified four strategic goals for the 2009 legislative session:

The effort to protect local revenue dominated League efforts in 2009. The results, while disappointing, are better than they might have been:

Economic stimulus and infrastructure investment remained a high priority for the League in four areas:

The League continues to lead on efforts promoting sustainable communities. The Institute for Local Government compiled and distributed best practices for both city facilities and local communities. League lobbyists proactively engaged in many efforts, including:

Throughout 2009, the League remained focused on the longer-term goal of reform, including hosting a panel discussion during its April Legislative Action Days. Throughout California, a grassroots movement has grown among those convinced of the need for substantively reforming California’s governance and fiscal systems. Polls show declining public confidence in state government accompanied by an increasing awareness among voters of the importance of local government services.

Titled “Rebuilding California From the Ground Up,” the summit was held in Sacramento, July 17–18. The more than 500 local government officials who participated determined that protecting local revenues was the group’s top priority. The CCS Partnership continues to serve as a forum for evaluating various governance reform proposals and making recommendations to its member organizations.

Presentations and ideas have also been exchanged with representatives of the Bay Area Council and California Forward, two organizations that have been leading voices on governance reform. League staff has continued to meet with representatives from both groups to discuss their proposals.

The League and a coalition of local government, transportation and public transit leaders filed a ballot measure initiative, the Local Taxpayer, Public Safety and Transportation Protection Act, on Oct. 20, 2009, with the California Attorney General’s Office.

The measure, if passed by voters, would close loopholes and prevent the state from borrowing, raiding or otherwise redirecting public transit funds and local government funds (local taxes, property taxes, redevelopment, transportation, HUTA and Prop. 42). In brief, the measure would:

Filing the measure with the Attorney General’s Office is just the first step in the long and expensive process of qualifying a measure for the November 2010 ballot and securing voter approval. As WesternCity went to press, the coalition was slated to receive the official title and summary in December 2009 and subsequently planned to proceed with collecting the approximately 1 million signatures needed to qualify for the November 2010 ballot. (For more information about the ballot measure, visit www.savelocalservices.com.)

The strength of interest and commitment to signature gathering and fundraising by city officials will be paramount to this initiative’s success — if it moves forward. But by any measure, it is clear that California’s system of governance is broken, and its citizens cannot afford to ignore the need for reform any longer.