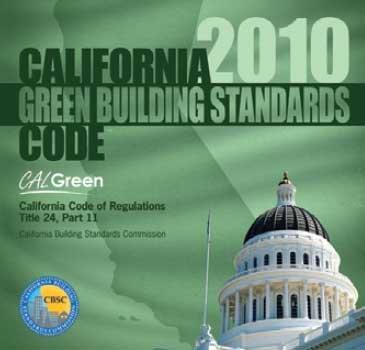 Dave Walls is executive director of the California Building Standards Commission and can be reached at Dave.Walls@dgs.ca.gov.

A new building code is coming to your city and county.

CALGreen also features a two-tiered system designed to allow jurisdictions to adopt codes that go beyond the state mandatory provisions. The nonresidential tiers include increased reductions in energy usage and potable water use, parking for clean-air vehicles, cool roofs, construction waste diversion, use of recycled materials, and use of low-emitting resilient flooring and thermal insulation. The tiers are designed to become mandatory when adopted by a local jurisdiction.

Once adopted, they become part of the local building department’s inspection process.

To help with CALGreen’s implementation, the California Building Standards Commission is taking advantage of existing training programs within the building industry and developing educational materials and a program curriculum.

The new code brings green construction design into the mainstream and represents a significant step toward reducing the carbon footprint of buildings in California.

CALGreen is being published along with the rest of the California Building Standards Code, Title 24, which was adopted in January 2010. The new code is available online at www.bsc.ca.gov.