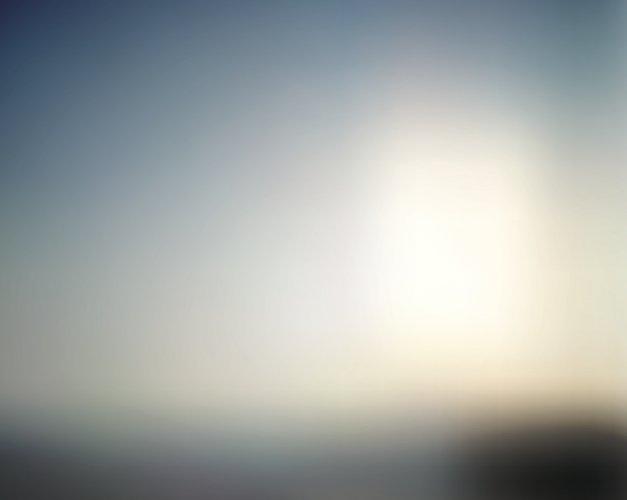 Public health, safety and welfare issues that arise from the effects of public encampments or vehicle habitation on city streets present cities with a variety of challenging issues. Many of these issues require complex, long-term approaches and strategies with no simple or straightforward solutions. However, certain public nuisances that result from the effects of such encampments or the use of vehicles as living quarters in the community may demand more immediate attention by city officials. This article examines the procedures that local public officials should consider in addressing those impacts.

Public encampments of various sizes have become common in many cities. These encampments can deprive the general public of the use of certain city sidewalks, public spaces, parks and recreational areas. The encampments may also pose serious public health and safety threats as a result of accumulations of trash, illegal drug use, inadequate sanitation and the presence of rodents and vermin. At the same time, however, an encampment may contain an individual’s only belongings, including medication and personal mementos. In dealing with public encampments, city officials must be sensitive to the constitutional rights of the affected individuals, who are often homeless, and the many related complex social welfare challenges.

In Lavan v. City of Los Angeles1, the Ninth Circuit Court of Appeals upheld an injunction that prevented the City of Los Angeles from seizing and destroying homeless property left unattended on public property. The injunction did not apply if there was an objectively reasonable belief that the property was truly abandoned or the property posed an immediate public health and safety threat or was evidence of a crime or contraband. While the court did not find a constitutional right to leave personal property on public property, it did conclude that the Fourth and Fourteenth Amendments of the U.S. Constitution protect an individual’s right to keep his or her unattended but unabandoned property. In the court’s view, the seizure and immediate destruction of personal property was not reasonable.

Provide Advance Notice. Give as much notice as feasible that:

The amount of notice should be based on the circumstances of the situation. However, when conducting scheduled sweeps of public encampments, cities should post several written notices at least 72 hours in advance in the area designated for cleanup. The notices should include the following information:

Remove the Property. The city should then document all property removed from the encampment in as much detail as possible, preferably with a written description and photographs. The documentation should include the items collected, the date and time of location, the storage location and hours of operation, information on how the affected individuals can retrieve the seized property, and the date on which the seized property will be destroyed. If there is a reasonable belief that certain items are actually abandoned (such as trash or discarded debris) or are a threat to public health and safety (such as bodily waste receptacles, drug paraphernalia, narcotics, alcohol, weapons or heavily soiled mattresses), the items may be seized and destroyed right away. The city may also seize and collect evidence of a crime or other obvious illegal contraband. All other items should be collected and stored for a reasonable period of time before any destruction.3

Encampments on private property can present similar public nuisance problems and health and safety concerns. While property owners are typically responsible for nuisance conditions on their own property, many property owners or nearby neighbors look to city officials for assistance in abating these conditions and removing unwelcome squatters. As with the removal of encampments on public property, public officials should proceed cautiously and with sensitivity.

After properly identifying the owner of the subject private property, city officials should determine whether the owner has consented to the encampment on the property. In a situation in which the property owner has allowed the encampment to exist or the owner cannot be located, the city should address the situation as a standard public nuisance abatement issue. A court-approved inspection warrant under California Code of Civil Procedure section 1822.50 et seq. may first be necessary to evaluate the extent of the problem and determine the appropriate remedy.

In situations in which the owner did not consent to the encampment, local law enforcement may cite the squatters for misdemeanor trespass under the Penal Code.4 With regard to personal property located on private property, city officials must determine whether to leave the cleanup to the property owner or confiscate the property. If the city ultimately elects to remove personal property from the private property encampment, the city should follow the same procedures for removing encampments from public property, including providing advance notice and storage of the property when required.

Another challenging public health and safety issue has been the use of vehicles as living quarters on city streets and other public property. For some, the idea of an individual living in a vehicle, which in some instances may be his or her last remaining possession, might seem preferable to the person living on the street. The activity, however, can lead to overcrowding on public streets, unsanitary conditions and neighborhood blight. A recent Ninth Circuit Court of Appeals decision also involving the City of Los Angeles demonstrates the difficulties, complexities and legal obstacles that cities may face in addressing this issue.

In Desertrain v. City of Los Angeles5, the Ninth Circuit struck down the city’s ordinance, adopted in 1983, that restricted the use of vehicles as living quarters on public streets and in public parking lots. In 2010, the city increased its enforcement activities under the ordinance in response to numerous complaints about individuals living in vehicles on public streets in the Venice area of the city. According to the complaints, these individuals were dumping trash and human waste on streets and parkways and endangering public health.

Following the issuance of several citations and multiple arrests made under the ordinance, a group of individuals brought an action against the city claiming that the police had violated their constitutional rights. The Ninth Circuit held that the ordinance language was unconstitutionally vague and promoted arbitrary enforcement. In the court’s view, the ordinance was potentially broad enough to cover any person who transports personal belongings in a car, but was only applied to homeless individuals.

Following the Desertrain ruling, a city’s vehicle habitation prohibition should clearly define what it means to use a vehicle as a dwelling on a public street or public property and specify the prohibited conduct as much as possible. Such a definition should establish the degree of evidence necessary to prove that an individual is actually using a vehicle as a dwelling in a location where that activity is prohibited. City officials should work closely with their city attorney to craft the appropriate language and recognize the challenges associated with proper enforcement. In addition, enforcement officers will need to be patient in observing possible violators and gathering evidence. The mere fact that an individual is storing personal items in a car may not be sufficient. Enforcement officers should make observations over an extended period of time to support any allegation that an individual is using a vehicle as a dwelling as defined and prohibited by a local ordinance.

Dealing with nuisance conditions created by public encampments and the use of vehicles for dwelling purposes on city streets requires patience, vigilance and sensitivity. Local agencies must provide reasonable notice to affected individuals before enforcement officers confiscate personal property and must provide those individuals with an opportunity to reclaim their property. Local officials must also ensure that their city’s ordinances provide clear guidance as to what conduct is prohibited. Taking these steps may be time consuming and challenging, but they will help cities address some of the complex public health, safety and welfare issues associated with public encampments and vehicle habitation while minimizing potential litigation risks.

[3] No published opinion has determined what constitutes a “reasonable” period of time for storing homeless property. Kincaid, which was not published, held that California Civil Code section 2080.2 imposed a mandatory duty on the defendant city to hold and store impounded property for 90 days. Civil Code 2080.2 provides, “If the owner appears within 90 days, after receipt of the property by the police department or sheriff’s department, proves his ownership of the property, and pays all reasonable charges, the police department or sheriff’s department shall restore the property to him.” The application of section 2080.2 to personal property removed from a public encampment remains a topic of debate

[4] Penal Code § 602(m) (prohibits individuals from “entering and occupying real property or structures of any kind without the consent of the owner, the owner’s agent, or the person in lawful possession”).

This article appears in the December 2014 issue of Western City
Did you like what you read here? Subscribe to Western City