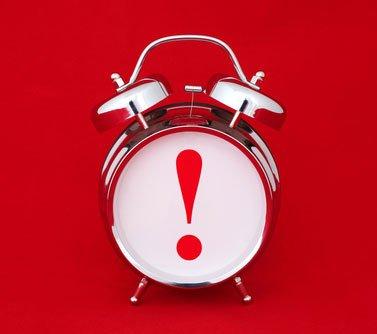 Advocating for Your City in a Term-Limited Era

Bismarck Obando is public affairs director for the League and can be reached at bobando@cacities.org.

In 1990, California voters passed Proposition 140, which set term limits for legislators in the California state Senate and Assembly. Although this measure’s intent was to create a new breed of citizen legislator who was more responsive to the needs of local constituents, term limits have dramatically changed the way local government officials advocate for city issues in Sacramento.

Term limits have provided tremendous opportunities for city and county officials to successfully win seats in the Assembly and/or Senate. For example, more than 50 percent of the 2011-12 Legislature came from local government. In the Senate, 22 of its 40 senators were former local government officials, as were 41 of the Assembly’s 80 members. With this much local government experience in the Legislature, you might expect more empathy in terms of how the state deals with cities on issues like the budget, housing and land use, employee relations, environmental quality, and revenue and taxation issues. The unfortunate reality is that legislators face tremendous pressure from the speaker of the Assembly, the Senate pro Tem and special interest groups that channel campaign dollars into the coffers of the members, who are always  thinking about their next campaign. The result is that legislators often make tough decisions and cast votes that negatively impact cities and their constituents.

An Arrow in Your Quiver: The League’s Grassroots Network

Over the past few years, California cities have celebrated a number of significant achievements in the legislative arena and at the ballot box due to the League’s Grassroots Network. Founded in 2001, this program placed 16 regional public affairs managers throughout the state to bring cities’ presence and impact to the legislative and initiative processes. The Grassroots Network’s regional public affairs managers work with city officials and the League’s regional divisions to promote the organizations mission and legislative priorities to legislators, local media, and regional stakeholders who had a vested interest in protecting vital local resources.

Since its inception, the Grassroots Network has delivered ballot-box victories with Prop. 1A (2004), No on Prop. 90 (2006), No on 98/Yes on 99 (2008), and Prop. 22 (2010). In the legislative arena, the League — through its regional public affairs managers — consistently supported and defeated legislation that protected your city’s ability to govern its own affairs:

Making Your Case to Legislators in 2012

Many new legislators go to Sacramento with the intent of remembering and being true to their local government roots. However, the intensity of Sacramento legislative life — along with term limits, powerful interest groups and budget fights — has changed the playing field for advocacy in Sacramento. As a city official, you can no longer rely on your former colleagues’ sympathy to city issues. Instead, it is your responsibility to continue reminding your former colleagues of the importance of League priority legislation and the impacts at home in their district.

Here are some things you can do.