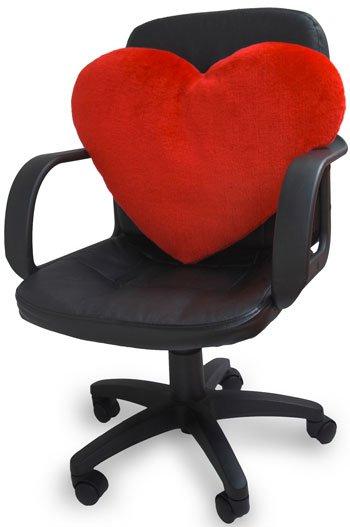 Agency Romances: Looking for Love in All the Wrong Places

I’m a local elected official with a degree in land-use planning. My interest in land use has meant spending considerable time with our agency’s planning director — asking questions, attending community meetings and so forth. I have no supervisory authority over the director.

So here’s the awkward situation. I find myself romantically attracted to the planning director, and I believe the feeling is mutual.

A trusted friend and advisor believes that pursuing the relationship is a very bad idea. I feel this is unfair. This person could be “the one,” and I don’t understand why I should have to give up the chance at what could be a lifetime relationship just because I am a public official. Isn’t fairness a legitimate ethical value?

Yes, fairness is a legitimate ethical value, but there’s much more to the analysis of the wise and ethical course of action in this situation.

It’s important to keep in mind that your agency may have specific nepotism and relationship policies addressing relationships between employees and/or public officials. Accordingly, consult your agency’s personnel policies in addition to considering the recommendations highlighted here.

If the planning director, as a department head, reports to and receives performance evaluations from the governing body on which you serve, it is strongly recommended that you do not pursue the relationship — or resign your office before doing so.

The unequal power dynamic increases the risk of liability for a relationship (including costly litigation). To understand the dynamics underlying this advice, think of the media reports about charges of sexual harassment in situations where the person with more power says that the relationship was consensual when it started and the subordinate says it was not. 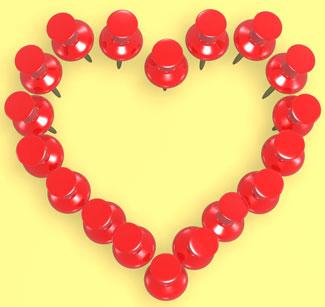 What Could Possibly Go Wrong?

Another important ethical value is responsibility. This includes the responsibility to consider the downside risks of pursuing the relationship — risks to your agency, other staff members, the planning director and you.

Downside Risks to The Agency

Your question says that you believe the planning director is romantically attracted to you. How do you act on this belief? Indicating your interest of exploring a relationship with the planning director may lead to trouble in itself. How can you be sure the planning director will not be afraid of negative job implications should he or she decline to engage in a romantic relationship? What if this individual rejects your first advance, but you interpret the rejection as a signal of playing hard to get? Should you continue trying? It is important to remember that for a public official, the simple expression of romantic interest in an agency employee creates a risk of a possible sexual harassment complaint against the agency.

For now, let’s say you express interest in a romantic relationship to the planning director in a permissible fashion, but the director indicates the interest is not mutual.

What happens the next time you disagree with the planning department’s recommendation or analysis of an issue? You owe your constituents a responsibility to raise concerns (respectfully and constructively, of course) if you have them.

The director, however, may question whether your disagreement stems from a bona fide difference of opinion or your hurt feelings from being rebuffed. This concern may deepen every time you disagree. The planning director may feel subjected to a hostile work environment, which could lead to a lawsuit and bad publicity for the agency or otherwise cause the planning director to seek employment elsewhere. These results could be costly to the agency. If the planning director simply feels uncomfortable around you, his or her performance might suffer.

On the other hand, even if the planning director is open to a date and possible relationship, the road to an enduring relationship is littered with romances that don’t work out and leave bad residual feelings. Such bad feelings may result in an uncomfortable and unproductive working environment or even a sexual harassment complaint (regardless of the fact that you understood the relationship to be consensual). The potential fallout from a relationship gone bad increases both your personal risk and the risk to the agency.

Difficulties in the relationship can also spill into the workplace, creating performance issues and tensions in public settings. Both are damaging to the agency’s effective operation. As a leader within the agency, you have a responsibility to avoid these risks.

The Downside of the Upside Risks

There are also risks to you if the relationship works out for a while or longer. As a decision-maker, your obligation is to put the public’s interest first. If there is a romantic relationship between you and a staff member, the public may understandably question whether that relationship affects your ability to be objective about that staff member’s recommendations and budget decisions that might affect him or her.

Project proponents and opponents may also question your ability to fairly evaluate staff recommendations. In permits and entitlement proceedings, an argument may be made that you need to step aside from the decision-making process because of concerns about fair process and bias.

Your relationship might also compromise the agency’s executive officer. Should the planning director have performance issues that need correction, the executive may be reluctant to act on these issues due to your romantic involvement. Similar issues can arise in the area of budget and salary decisions. In addition, “pillow talk” can be a concern if the planning director is getting information about elected officials’ views to which the agency executive is not privy. Or the opposite can happen: As an elected official, your perception of the internal operation of the organization may be skewed by pillow talk from the planning director.

These concerns are all fodder for political opponents and the media. Even if none of these risks materialize, you may nonetheless be criticized for incurring them. Critics may request your resignation.

The potential parade of horrible situations can make it tempting to conceal the relationship. In an era in which concealable handheld devices easily produce photographs and recordings and provide methods to upload the content to the Internet, such an approach is not likely to succeed for long. A secret relationship is always just one social media post away from being revealed. When it is, each party will look deceptive, which will damage your reputation for trustworthiness and responsibility. Furthermore, if the relationship goes bad, your deception could bolster the planning director’s possible sexual harassment claim.

Professionalism and concern for others dictate that both parties be discreet about the relationship. This includes treating each other as if the relationship did not exist in professional situations (including avoiding terms of endearment as well as romantic or sexual gestures, which are always inappropriate in the workplace). The staff and fellow electeds will likely prefer to keep the relationship out of conversations. Avoid any arguments or tensions in the work environment. And remember, the agency’s communications systems should not be used for personal communications.

In short, the advice your friend provided — that pursuing the relationship is generally a bad idea — is sound. Public service involves sacrifice. In this instance, your responsibilities to the agency and your constituents to avoid risks and maintain your objectivity (as well as the perception of objectivity) trump your personal interests. If you truly believe that pursuing the relationship is worth the potential risks, then you should consult with your agency executive before taking any action. Perhaps you can work out a solution to the satisfaction of yourself, the planning director and the agency.

This column is a service of the Institute for Local Government (ILG), whose mission is to promote good government at the local level with practical, impartial and easy-to-use resources for California communities. ILG thanks attorneys Arthur Hartinger and Matthew Weinberg, with the law firm of Meyers Nave, for their contributions to this article. In addition, ILG gratefully acknowledges the generous financial support of Meyers Nave for production of the 2013 “Everyday Ethics” columns. For more information and to access ILG’s resources on public service ethics, visit www.ca-ilg.org/trust. 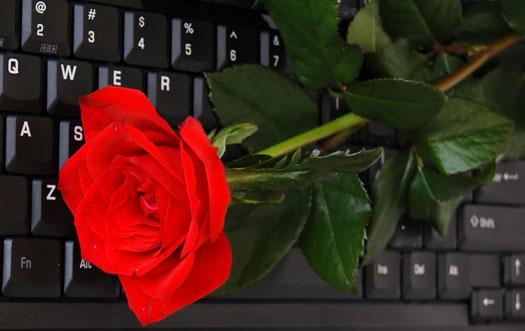 It’s Not Just Relationships Between Staff and Elected Officials

Ethics issues arise anytime the public might reasonably question whether a romantic relationship results in preferential treatment for an individual.

For that reason, it’s a good idea to review the gift rules under the Political Reform Act. The regulations provide for some exceptions to the gift reporting and limit rules for “bona fide dating relationships,” but those exceptions do not apply to lobbyists. You still may need to disqualify yourself from decisions related to the gift giver, however.