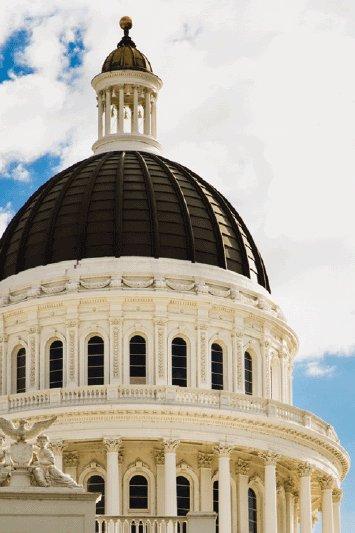 Are We at the Tipping Point in Building a New State-Local Partnership?

The debut of Malcolm Gladwell’s seminal book The Tipping Point: How Little Things Can Make a Big Difference in 2000 had quite an impact on many people. The book is about how change can happen quickly and unexpectedly. Gladwell’s thesis — that ideas, behavior and messages sometimes spread just like outbreaks of an infectious disease (or “social epidemics”) — was as refreshing as it was startling.

I spoke to Gladwell at a League annual conference a few years after his book was published. He continued to express delight at unexpected social changes and the surprising forces that cause them to happen rapidly.

Recently Gladwell’s notions of how social change occurs have caused me to begin looking at the factors underlying the almost palpable movement that appears to be under way among new California state legislators. This group expresses a commitment to move their co-equal branch of state government out of the doldrums, where it has been mired for many years, and make it a more effective institution with longer lasting positive impact on the public good.

Many of the 39 new state legislators came from local government, especially city governments. If you talk with them their infectious enthusiasm and commitment to serving the people of California comes across clearly. They feel a profound duty to restore the public’s trust in the Legislature. In almost the same breath many also frequently say that they can’t do it alone and they need strong partners in city governments in the years ahead.

These legislators have arrived at an important time in our state’s history. Our economy is beginning to recover from the effects of the recession, and the state budget is showing signs of stabilizing. The fiscal, environmental and social challenges facing California need and deserve strong leadership at all levels of government.

If Gladwell is correct and a few things can account for relatively rapid social change, what are some of the factors that might be driving the commitment and optimism of our new state legislators — apart from their being freshmen? Let’s take a closer look.

Changes to the State Constitution

The first factor involves recent changes to the election laws of our state Constitution. Three important though relatively minor changes may have a significant collective impact. They are:

The combined effect of these changes has brought us a group of reform-minded new legislators who understand they have the ability and opportunity to focus on longer-term policy, rather than where their next political stepping stone may be.

The state’s improving fiscal condition is almost certainly a factor. The last few years in state and local governments have been ugly. The word “triage” does not even begin to capture it. As Maslow’s hierarchy of needs teaches us, you can’t ask someone who is wondering where their next meal is coming from to debate obscure matters of public policy. That is a privilege reserved for those with full stomachs and no worries about their next meal’s origin.

Another factor worth mentioning is that the city, county and school governments where these new legislators served during the past few tempestuous years made many tough choices, but they did it in a nonpartisan, transparent way in which they were directly accountable for the consequences of those choices. Ask these new legislators if they are intimidated by the openness of the decision-making process in the Legislature, and they may chuckle. Absolutely nothing compares to the scrutiny that local officials frequently experience at their weekly “public questioning” sessions. These men and women don’t seem worried about making tough decisions — if their leaders give them the chance.

Finally, state legislators whose experience was forged in local government understand firsthand that state government cannot and will never be the front-line provider of essential public services in California. That is a privilege and a duty reserved for local governments. The new legislators’ immediate concern for restoring the state-local partnership can be addressed by continuing to remember this truism and, as Gov. Jerry Brown is calling for, avoiding unwanted and unnecessary mandates and intrusions on local decision-making.

Time will tell whether we are on the cusp of a new era in state-local relations. I am encouraged and, at the same time, realistic about how much can be done. If our new legislators accomplish even half of what they aspire to, it will move things light-years ahead. And I suspect many of them would agree the bottom line is that the public who elected them deserve that kind of collaboration and partnership from their government leaders at all levels.

Congratulations, new members of the California State Legislature! I hope we can help you make a lasting contribution to our state and its cities. There is much to be done — let’s get started.