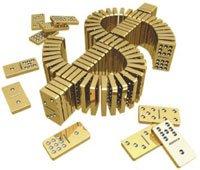 Are You Receiving All of Your Property Taxes?

Benjamin P. Fay is a partner at Jarvis, Fay & Doporto, LLP, in Oakland, where he specializes in local taxation and land use litigation. He can be reached at ben@jarvisfay.com.

Cities should check that they are receiving all of their property taxes. The property tax allocation statutes are very complicated and convoluted. Although county and state controllers work hard to ensure that allocations are made correctly, mistakes are made that can cost cities millions of dollars in revenue.

For example, in one county it was recently discovered that since 1990 the county had failed to allocate between $8 and $10 million to four of its cities. For one of these cities, this meant that it had received less than one quarter of the property taxes to which it was entitled. Although the county has now paid these cities almost two-thirds of these unallocated taxes, due to the statute of limitations and other statutory limitations on reimbursements for errors in property tax allocations, these cities have not and will not recover all of the property taxes that they should have received.

How did this happen? This error occurred over a period of 15 years and went unnoticed by the county controller and the state controller, who conducted three separate audits of the county’s property tax allocations during that time.

Understanding How We Got Here

The root of the problem lies in Proposition 13. Before this 1978 initiative was passed, cities had the power to levy and collect their own property taxes. Each city set its own property tax rate depending on its revenue needs. Each city knew what taxes it was supposed to receive and could make sure that it received them. Prop. 13 changed this by decreeing that there would be only a single 1 percent ad valorem tax on all real property in the state. This tax would be collected by the counties and allocated according to laws set by the Legislature.1 This deprived cities of any control over their property taxes and transferred it to the state government. As a result, today it is difficult for cities to be certain how much property tax they should be receiving. Because they are not involved in the process of collecting and allocating their property taxes, they are unlikely to know if they are receiving all of them.

The property tax allocation laws created by the Legislature are unduly complicated because of the difficulty in applying the same 1 percent tax rate across the state, and because the state has modified the property tax allocation laws when it has had trouble balancing its budget. While the backers of Prop. 13 may have thought that allocating the single 1 percent tax would be a simple matter of allocating set percentages to cities, counties, school districts and special districts across the state, this ignored the fact that entities of the same type often provide different services. Many cities provide police and fire protection, but in some cities this is provided by the county or a special district. Library services also are sometimes provided by cities, counties or special districts. It therefore became apparent that a one-size-fits-all approach would not work. The solution was to allocate the 1 percent tax based on each local government entity’s historic rate of taxation. Entities that had relatively higher property taxes before Prop. 13 received a higher percentage of the new 1 percent tax. Entities that had relatively lower taxes received a lower percentage of the tax. This resulted in the percentage received by cities varying greatly across the state, with some receiving none of the property taxes generated within their borders while others received 25 percent or more. This system is often referred to as the AB 8 allocation after the number of the 1979 Assembly bill that established it.2

The Legislature compounded the complexity of the AB 8 allocation system by raiding local property tax revenues to balance its budget in the 1992-93, 1993-94 and 2004-05 fiscal years. It did this by diverting property taxes to the Educational Revenue Augmentation Fund (ERAF). There have been three ERAF “shifts,” and each one required either temporary or permanent modifications to the AB 8 al locations. Some were based on population, some were straight percentages and some were based on other factors.

Steps Your City Can Take

So what’s a city to do? Cities have no formal role in collecting and allocating property taxes. The property tax allocation statutes are complicated and hard to follow, and the regulations that are meant to clarify the process are not official. While a complete and detailed review of your city’s property tax receipts may not be practicable, there are three areas that are worth looking into:

Finally, if you have questions about whether your city is receiving its proper allocation, you should discuss with the county controller or county auditor how the property tax allocation is determined.

[7] Although the TEA statute states that cities are to receive 7 percent of the property taxes, one provision of the first ERAF shift states that the shift in that provision is to be deducted from TEA, which reduces the TEA percentage to 6.37. (See Revenue and Taxation Code section 97.2.) None of the other ERAF provisions include such a statement. However, it is currently the general practice of counties to deduct all ERAF from TEA, although it is debated whether this practice is supported by statute.

In addition to the AB 8 property tax allocations discussed here, cities now receive additional property tax called the “VLF adjustment amount” or “property tax in lieu of VLF.” This new property tax share comes as the result of the 2004 agreement that brought Proposition 1A to the ballot.

In FY 2004-05, in trade for a reduction in VLF revenue, cities received an added annual allocation of property tax. In subsequent years, this property tax in lieu of VLF grows in tandem with the growth in assessed valuation in a jurisdiction. This is separately calculated and in addition to the AB 8 property tax allocations discussed in this article.

This article appears in the January 2007 issue of Western City
Did you like what you read here? Subscribe to Western City