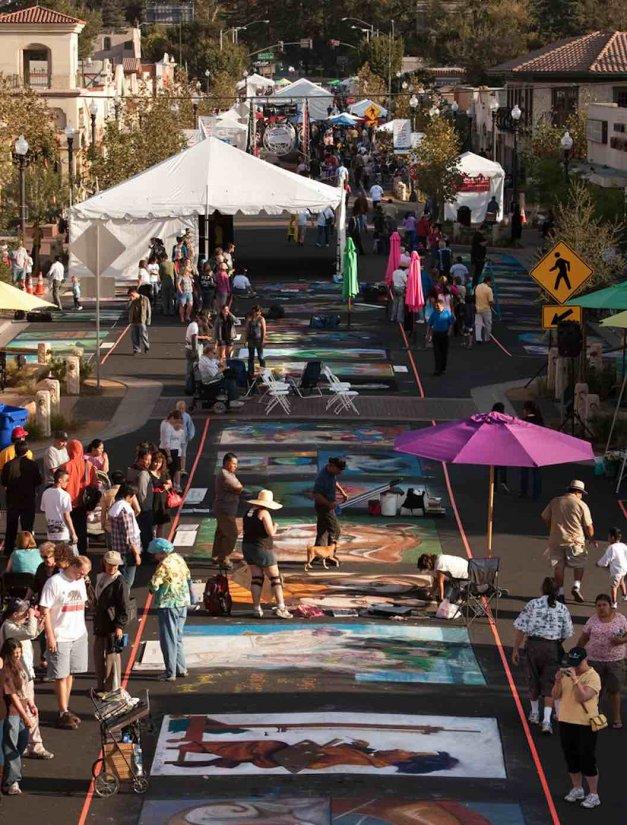 Will Rogers once said, “You never get a second chance to make a first impression.” The City of Santa Clarita (pop. 213,231) is Los Angeles County’s fourth-largest city and home to Old Town Newhall, a historic neighborhood that has struggled for decades to make a good first impression. As new shopping centers were built in other areas of the city in the early 1980s, Old Town Newhall’s appeal diminished. 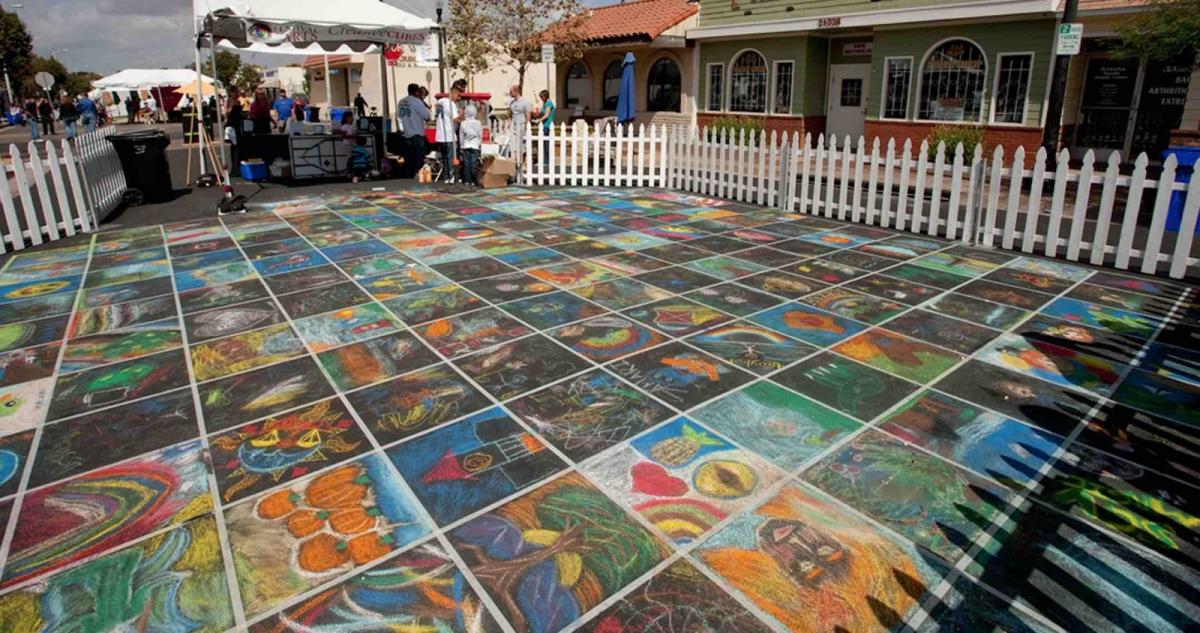 The Role of Rebranding and Infrastructure Improvements

Santa Clarita launched a collaborative effort with the local Veterans Memorial Committee to establish a Veterans Historical Plaza, which was completed in 2005. The following year, the city opened the 17,000-square-foot Newhall Community Center offering youth enrichment programs, such as Ballet Folklorico dancing and visual art programs whose participants created colorful, historical murals. Next the city completed roadway realignments and streetscape enhancements, including walkways, benches and murals, to make Main Street in Old Town Newhall more pedestrian-friendly and inviting. The city invested in a historically inspired Metrolink Station, a 30,000-square-foot Old Town Newhall Library and a new roundabout as part of its efforts to improve the area.

Approximately $48 million worth of major improvements had been completed and the city’s transformation of Old Town Newhall was well underway when the State of California halted redevelopment funding for cities in 2011. The loss of redevelopment funding posed a daunting challenge, but Santa Clarita pushed ahead and identified new ways to boost the area’s economy using money from the General Fund to underwrite arts and entertainment events. 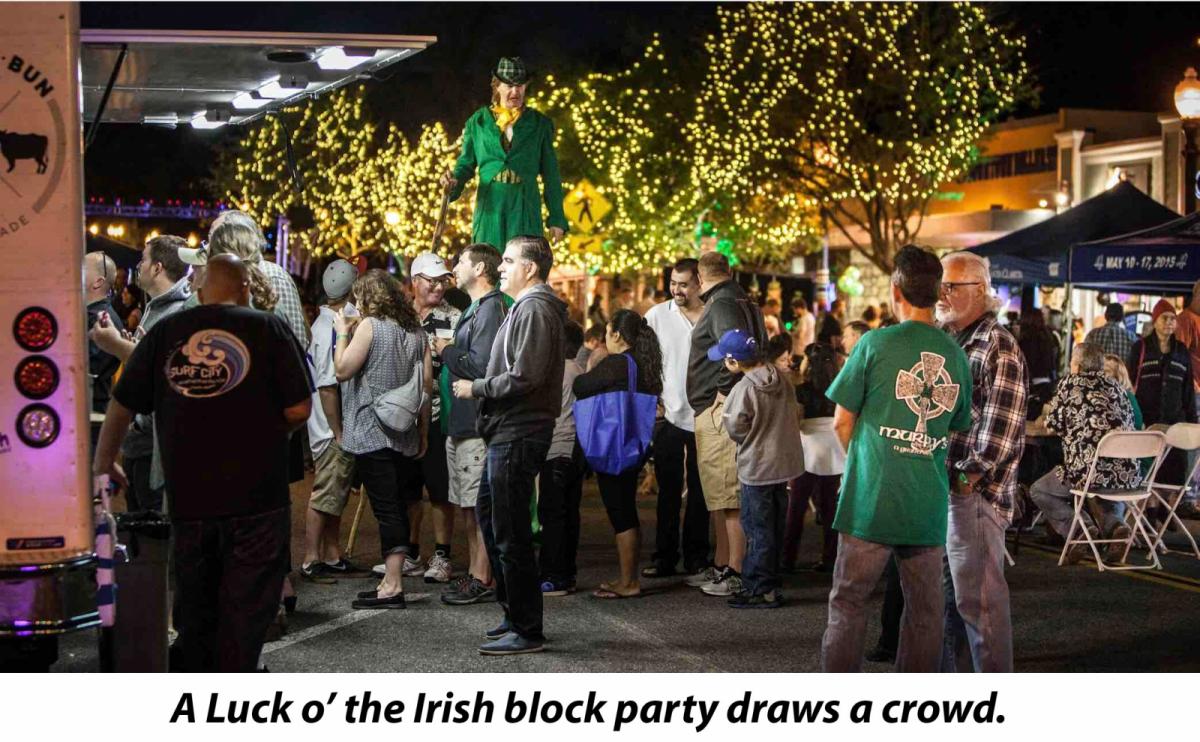 The city worked with local businesses, arts organizations and nonprofits to establish Thursdays@Newhall, a series of free weekly nightlife events to attract residents and visitors to the newly revitalized Old Town Newhall Arts and Entertainment District.

Events in the Thursdays@Newhall series include ArtSLAM, an open-air “pop-up” gallery experience featuring local and regional artists with hands-on art and activity booths and culinary demonstrations. ArtSLAM also includes JAM Sessions, which are interactive music and dance events, hosted by the Ford Theatre Foundation and funded by The James Irvine Foundation. Among other Thursdays@Newhall events are Revved Up car shows and SENSES, a block party with a different theme each month — recent themes have included the ’90s, Woodstock, Margaritaville, Luck o’ the Irish, Rockabilly, Zombies and the Wild, Wild West. Community partner events, added to the Thursdays@Newhall lineup in 2015, include an artist speaker series at the Old Town Newhall Library and a concert series featuring top Western entertainers at the Repertory East Playhouse.

To date, the Thursdays@Newhall event series has attracted more than 40,000 people to the Old Town Newhall Arts District.

“Ultimately, the long-term goals of the Old Town Newhall Arts and Entertainment District are to integrate the arts into the culture of the area, attract developers and retailers, provide a local nightlife opportunity for residents and attract visitors to shop and dine on Main Street,” says Santa Clarita Mayor Bob Kellar. 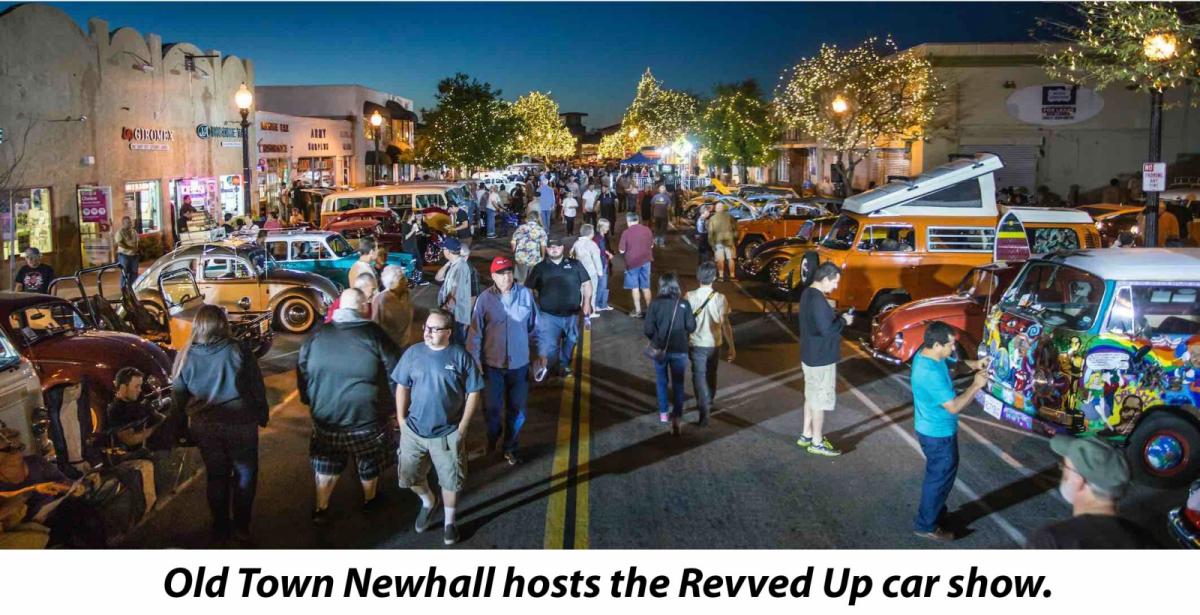 In less than three years, the tax base for Old Town Newhall increased by 60 percent. Twenty-nine new businesses have opened in the area, including several art-inspired stores, wine bars, boutique clothing stores, hair salons, day spas and restaurants. A number of businesses have invested in upgrading their building facades, and some have expanded into additional space. A new boutique hotel is scheduled to break ground later in 2016.

Business and property owners report increased profits and praise the city’s efforts to transform the area. “The vibe in Old Town Newhall is so inspiring,” says Denise Myers, owner of a gift and specialty boutique. “This is how a charming downtown area should be. It’s nice to have the camaraderie with other small-business owners.”

Visitor surveys reflect the increase in consumer traffic to small businesses in Old Town Newhall. Over half of respondents reported they had attended Thursdays@Newhall events more than twice and visited Main Street restaurants, shops and businesses; 89 percent reported visiting the area more than three times in the past year.

The success of the Old Town Newhall Arts and Entertainment District illustrates the benefits of a comprehensive strategy focused on investing in the arts. The City of Santa Clarita has changed the game for Old Town Newhall, adding new life, energy and visitors to the area in just three short years.

Photo credit: Courtesy of the City of Santa Clarita and League of California Cities;  (all photos)