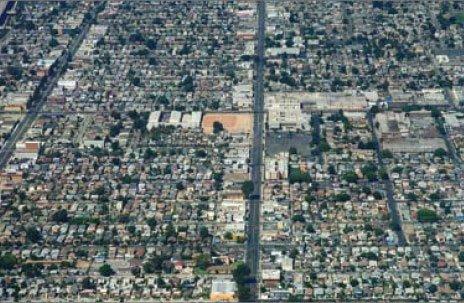 Larry Patterson is public works director for the City of San Mateo and president of the League’s Public Works Officers Department; he can be reached at lpatterson@cityofsanmateo.org. Jim Biery is director of public works for the City of Buena Park and can be reached at jbiery@buenapark.com. Patterson and Biery also represent the League on the California Statewide Local Streets and Roads Needs Assessment Oversight Committee.

California cities and counties own and operate 81 percent of the state’s roads, and city officials are painfully aware that the local street and road system is at a crisis point. This problem is compounded by the fact that borrowing or seizing local transportation funding is increasingly seen by the state as a “solution” for the budget deficit. As a result, communicating how dire the situation is takes on new urgency for cities and counties.

As part of an effort to better educate the public, media and elected representatives in Sacramento and Washington, D.C., the League and California State Association of Counties (CSAC) partnered with other local transportation advocates to commission a needs assessment study of local streets and roads. Although the state has assessed the needs of the state highway system for many years, no such report of the local transportation system had ever been completed until now. The final study was released in October 2009, and its grim findings underscore the need for action.

The study surveyed all 58 counties and 478 cities in 2007–08 and received an exceptional 91 percent response rate. The survey sought straightforward information, which is summarized in the following questions:

According to the study, California’s local streets and roads are in grave danger. On a scale of zero (failed) to 100 (excellent), the statewide average pavement condition index (PCI) is 68 (at risk). If current funding remains unchanged, the statewide PCI is projected to fall to 58 in a short 10 years and to 48 (poor) by 2033.

Deferring Maintenance Only Compounds the Problem

Ignoring the needs of local transportation networks will only make matters worse. If nothing is done, the current $39 billion backlog will more than double to $79 billion by 2033. When local agencies prioritize urgent projects, routine maintenance and repairs often fall to the bottom of the list when compared to an unsafe intersection or failing storm-drain system. In many communities, reduced funding has resulted in maintenance being deferred repeatedly.

Because the transportation network is so closely linked to California’s economy, deterioration could cause further harm to already struggling industries, including trade, freight movement, retail, agriculture, tourism, manufacturing and construction.

An investment of $67.6 billion needs to be made in the next 10 years to bring the pavement condition of the state’s local streets and roads to a level where taxpayer money is spent cost effectively. Another $32.1 billion will be needed to maintain and upgrade other essential safety and traffic components, such as curb ramps, sidewalks, streetlights, signals and storm drains. However, only $28.3 billion is provided through current funding sources. This represents a staggering $71.4 billion shortfall and does not take into account bridge projects or expansion.

Every trip in California begins and ends on local streets and roads. Whether traveling by bike, bus, rail, truck or family automobile, Californians need streets and roads in decent condition — and a stable and dedicated revenue stream is critical for cities and counties to maintain the local system.

The California Statewide Local Streets and Roads Needs Assessment was made possible by contributions from city, county and regional agencies. To download the report, visit www.SaveCaliforniaStreets.org.