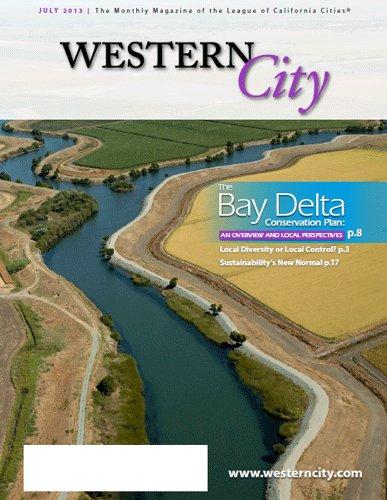 Award of Excellence for Writing

Western City magazine won the Award of Excellence for Writing in the 2014 Excellence in Communications program of the California Association of Public Information Officials, held April 9, 2014.  “The Bay-Delta Conservation Plan: An Overview and Local Perspectives” tackled the hotly debated plan — one proposed solution to California’s water crisis — by presenting the state perspective along with commentary from local elected officials in communities from north to south. It also includes a summary, in layperson’s terms, of the legal issues related to the proposed Bay-Delta tunnels. To read the article, click below.

The magazine, published monthly by the League of California Cities, covers policy issues affecting cities statewide from a variety of perspectives.