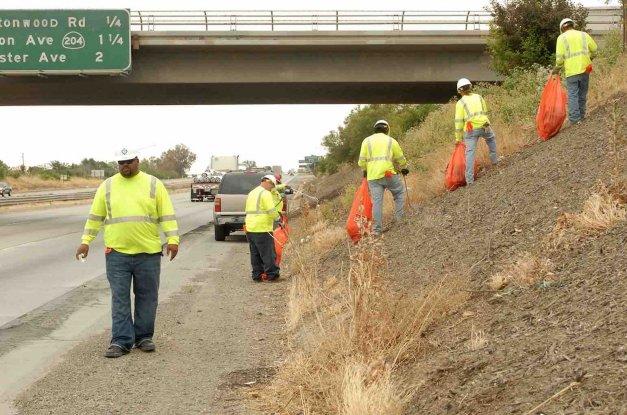 Bakersfield, located in the southern Central Valley, is the ninth largest city in the state of California, with a population of nearly 380,000 residents. In 2013 state budget cuts affected Caltrans’ ability to clean up litter on highways, and the highways that pass through Bakersfield were soon strewn with discarded trash and debris.

Under the leadership of Mayor Harvey L. Hall and with the support and collaboration of the Keep Bakersfield Beautiful (KBB) Committee, the city launched a freeway litter cleanup project. Volunteers gathered regularly to be transported to designated highway ramps where they collected trash. Though these efforts were successful, safety precautions prevented cleanup on larger portions of the local highways.

Bakersfield’s need to restore cleanliness to its local highways led to the development and implementation of a solution that far exceeded the initial goal of eliminating highway litter. The city’s Solid Waste Division partnered with KBB, the Bakersfield Homeless Center (BHC), Caltrans, Kern Council of Governments and local businesses to solve the highway litter problem by creating jobs for homeless people.

Through the city’s Adopt-A-Highway program, KBB provided the mechanism for gathering additional donations to fund the program. The private sector enthusiastically embraced the notion that small, charitable contributions could help put homeless individuals to work and improve the city’s image. KBB collected $40,000 in sponsorships and donations, and its first cleanup crew of six clients immediately went to work. 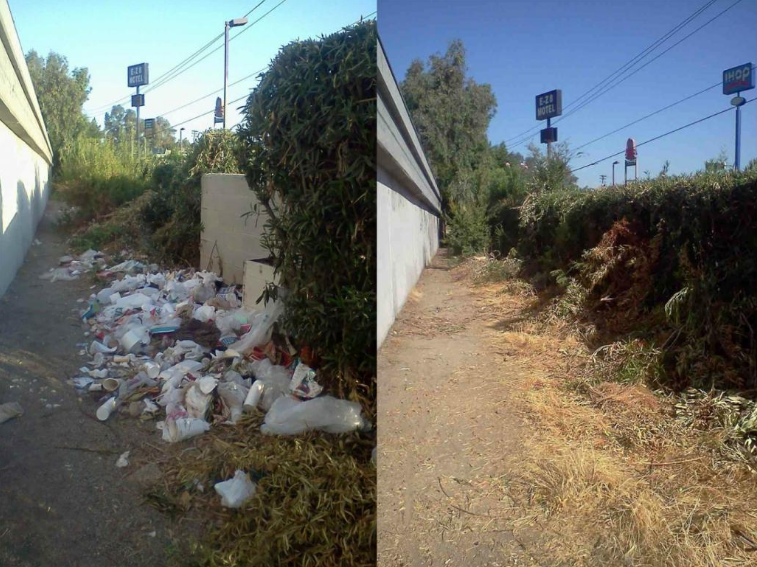 Though this partnership has successfully addressed the city’s highway litter problem, its positive effects have extended beyond clean highways. Mayor Hall says, “The program had another visible effect — on the workers.”

The innovative and empowering partnership among the city, county, Caltrans, local businesses and residents created hope and purpose for Bakersfield’s homeless community. A total of 50 BHC clients are currently employed at minimum wage. Approximately 250 family members are in stable housing as a result of the employment opportunities that this partnership has created. The solution to the city’s highway litter problem is as heartwarming as it is productive.

Since its inception, the program has grown significantly. Today, a total of four crews are out cleaning litter daily on local highways and throughout other areas in Bakersfield.

Job opportunities have also become available to homeless veterans statewide as Caltrans has used the city’s pilot program as a model and developed similar programs throughout California.

The program’s net economic effect goes beyond the minimum wage earned by the crews. Mayor Hall says, “Community costs are reduced when the crews are paid to clean up local freeways. In essence, the community pays itself.” In turn, the BHC workers have become tax-paying contributors to the city.

The program has created a labor force — with work experience, marketable skills and a positive attitude — that attracts local employers seeking new hires. Many of the workers employed through the program have transitioned successfully into better-paying jobs in the private sector, and the city now employs some of the BHC workers in permanent municipal positions.

By choosing to employ homeless individuals, the city and its partners created a model that helps communities use limited resources to solve multiple problems simultaneously. Bakersfield’s Solid Waste Division Superintendent Sal Moretti oversees the Freeway Litter Cleanup Program. Moretti says, “The city and its partners put together a common-sense model: get work done, use available funds, work together and keep it simple.”

The Freeway Litter Cleanup Program has not only restored cleanliness to the city’s highways, but it has also reduced the number of unemployed and unsheltered individuals residing in Bakersfield.

Photo credit: Courtesy of the City of Bakersfield and League of California Cities (all photos)