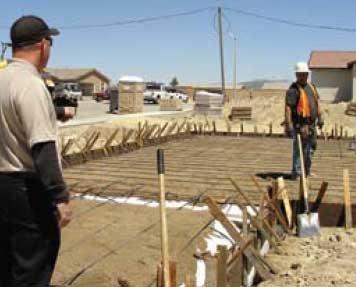 With the nation facing its worst economic crisis since the Great Depression, the Beaumont City Council unanimously approved a local economic stimulus program in early 2009 to help homeowners, merchants, builders and contractors through hard times.

Beaumont (pop. 34,217), located in the heart of the Inland Empire region and 78 miles east of Los Angeles, reduced building fees for new homes and businesses by 30 percent and slashed processing fees for existing businesses and residents by 50 percent.

Based on the theory that making development more affordable would boost the local economy, the city used redevelopment funds to pay for up to 80 percent of public improvements such as sidewalks, curbs and gutters. The program also allowed property owners to defer interest on the city portion of their property tax bills and provided low-interest redevelopment agency loans to help merchants improve their buildings by putting up facades, new signs and lighting.

The program produced almost immediate benefits. Beaumont issued more new home building permits in 2009 than any other city in Riverside and San Bernardino counties. Beaumont’s total represented 10 percent of all new home permits in Riverside County. During 2009 Beaumont issued 350 new permits — about 17 percent more than in 2008. Developers saved money and didn’t have to borrow because the city delayed collecting fees until people moved into their homes.

Beaumont issued a total of 679 permits in 2009 and 2010, an average annual increase of 13.2 percent compared to 2008. During the same two-year period, Riverside County’s permits declined by an average of 9.4 percent annually.

Beaumont’s economic stimulus program emphasized sustainable practices by encouraging energy conservation. The city partnered with Southern California Edison (SCE), the Beaumont Chamber of Commerce and about 100 local businesses in 2009 to cut electricity use. Under SCE’s Direct Install program, prequalified local merchants received nearly $123,000 in free energy-saving improvements, including new fluorescent lighting, LED exit signs and upgrades to refrigeration equipment. Participating small businesses saved a total of 440,000 kilowatt-hours — the equivalent of the electricity used by about 26 homes in a year.

Beaumont also saved 394,405 kilowatt-hours of electricity with two retrofit programs that installed new interior lighting at the Civic Center and “smart” pumps at the sewer lift station. As a result of the energy savings, SCE paid the city an incentive of nearly $33,000.

The city’s economic stimulus program will more than pay for itself in the long run despite the fee cuts. The lower fees gave developers, homeowners and merchants an incentive to move forward on projects they had been postponing. This in turn helped the local economy and created more revenue for Beaumont. The new development also increased revenue, which led to more sales and property taxes, and provided economic growth and jobs.

The business community is enthusiastic about the local economic stimulus program, which will remain in full effect until 2012. Developer Grady Hanshaw received approximately $500,000 in fee credits from the city when he spent about $600,000 to add two street signals to his Beaumont Marketplace shopping center. Business owner John Dexter says the fee cuts helped his clients and business save money and boost the local economy. “It keeps the wheels turning in hard economic times,” says Dexter. So far Beaumont has waived more than $3.3 million in fees.

Beaumont Mayor Brian De Forge has watched the city that he grew up in prosper despite today’s daunting economic challenges. He credits Beaumont’s visionary stimulus plan and a can-do attitude with helping to make the difference. “Everyone benefits when cities decide to give back to the communities that they serve,” says De Forge.