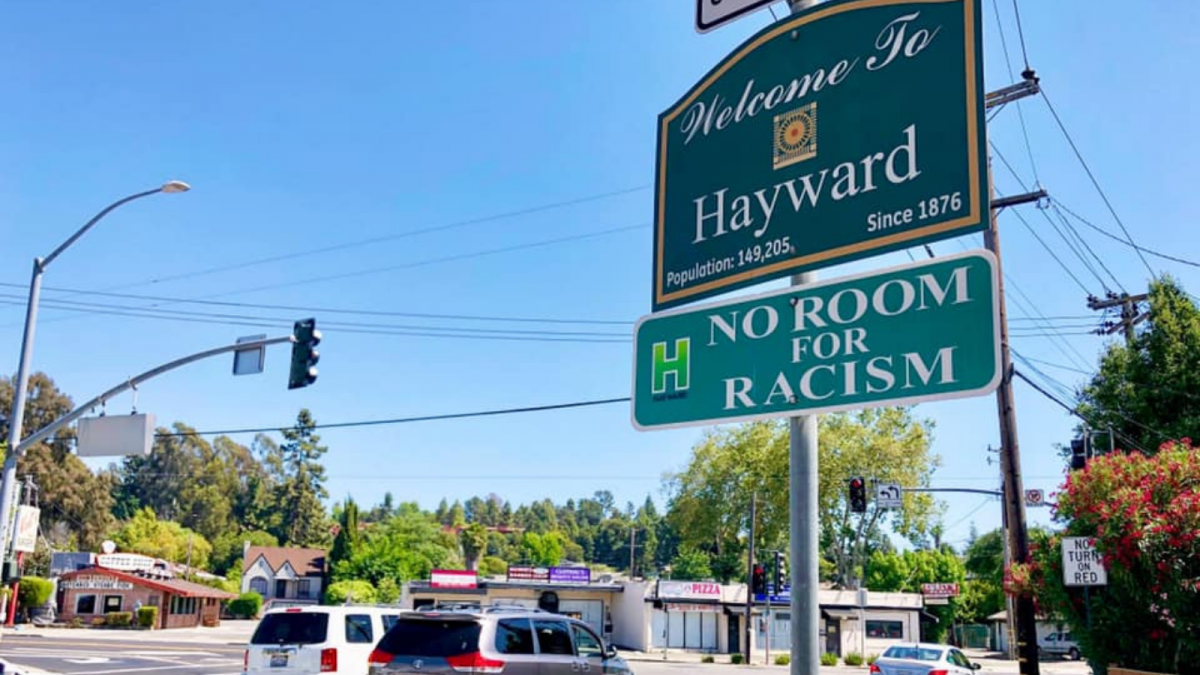 Becoming your community’s ally: How the city of Hayward continues to move the equity needle by listening and learning

Alexa López is a UC Riverside Political Science and International Affairs major and interned at the League of California Cities as part of the Loveridge Summer Fellowship; she can be reached at lopezalexa071@gmail.com.

Accountability and education have served as a foundation for the city of Hayward in its efforts to advance equity.

“We have to come at it with a mindset of learning and of not being embarrassed by what we don’t know,” said Hayward City Manager Kelly McAdoo. “We must be willing to say, ‘I didn’t know that, but what can I do as a city leader to make it better?’”

While Hayward, an East Bay city with roughly 162,000 residents, had an anti-discrimination action plan in place since the 1990s, city officials realized five years ago that it was in dire need of updating. Following the presidential election of 2016 and a dramatic rise in hate speech targeted at minorities, protests erupted across the country. Members of systemically marginalized communities mobilized and protested against hate speech, discrimination, and excessive use of force by law enforcement. City officials saw that fear, mistrust, and uncertainty were beginning to plague its community. Located in the heart of the Bay Area and home to a demographically diverse population, tensions were high. 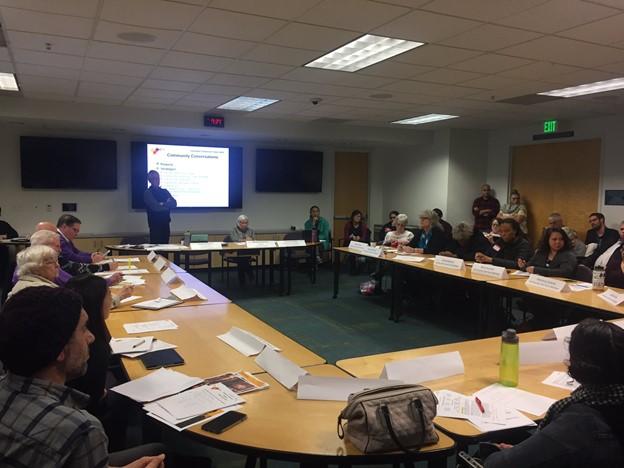 “City officials recognized that the community needed an outlet to do something in response to what they saw as real concerns coming out of Washington, D.C. at the time,” said McAdoo.

Hayward city leaders took immediate action to reassure the community that the city was in fact an ally. They convened and agreed it was critically important for the city to update the existing 1992 Anti-Discrimination Action Plan to address the most pressing issues the community was facing.

The city appointed a Community Task Force in 2017, which was responsible for addressing community concerns about human and civil rights, as well as developing policy recommendations to address current relevant social challenges.

According to Hayward Mayor Barbara Halliday, it was imperative that task force members be diverse and representative of the Hayward community. This was crucial to the task force’s success, as it aimed to take on a holistic approach to analyzing key social issues.

The task force’s job was to carry out research, update the 1992 plan, and bring forward actionable recommendations. The result was the Commitment for an Inclusive, Equitable, Compassionate Community, which was presented to the city council in November 2017.

The commitment was guided by a set of shared values, including civic engagement, compassion, connectedness, and opportunity, and proposed specific actions over two years that focused primarily on dismantling illegal forms of discrimination, fostering accessibility, and enhancing community and police relations. The city council adopted the plan and began implementing its recommendations as part of an ongoing effort to foster an inclusive and equitable community.

Then in 2020, amidst a global pandemic and following the tragic death of George Floyd while in police custody, Hayward residents expressed growing concern over racial inequity in public safety. Again, the city listened and responded by prioritizing communal trust between residents and authorities, which involved analyzing power dynamics and rethinking the police training system.

During the summer of 2020, the Hayward City Council established the Public Safety Community Outreach Project on policing and public safety. This project aims to set the foundation for an inclusive community where all residents feel safe and supported.

As part of this project, the city implemented an eight-week virtual policy innovation workshop on community safety in February 2021. These workshops provide a space for community members and city staff, including city police and representatives of the criminal justice system, to discuss community safety concerns. Together they collaboratively brainstorm, research, and test policy solutions to improve community safety and build public trust.

“A lot of the policy recommendations had to do with providing more mental health support for responding to 911 calls,” said Halliday. “We knew we wanted to not just respond to an acute crisis, but make sure we are following up with our community members and ensure that they are receiving the services they need. It all flows together in our ongoing desire to have an equitable community where people are being treated appropriately and in an equitable manner.”

In May 2021, the city council received a set of recommendations developed by the workshop members and the city is now working to implement nine high-priority projects, including a Mobile Mental Health Response Team known as the Hayward Evaluation and Response Teams (HEART).

HEART is a leading example of the value Hayward city officials place on mental health support. Both Halliday and McAdoo emphasized the intersection of mental health and other social issues, such as homelessness and policing.

Zachariah Oquenda, a policy and public education attorney, was part of the workshop group that proposed HEART. “I was really pleased that the city decided to hold a policy innovation workshop. We benefited from the expertise provided from a diverse group of participants. We had community members, firefighters, police officers, and other city staff all working together to research and discuss various needs and proposals related to public safety.”

Hayward leaders believe that providing holistic mental health services and training, both to residents and to the city’s public safety officers, will help build public trust and reduce police use of force. City officials hope to continue working alongside residents to learn how best to meet their needs and ensure everyone feels included and accounted for, regardless of their identity, financial status, and background.

“I believe the city is moving in the right direction addressing issues of equity and inclusion head-on,” continued Oquenda. “The city should continue its focused, data-driven work to expand opportunities for more community participation to shape public safety policy that affects us all.”

McAdoo admitted that addressing issues of race, inclusion, and equity are challenging and make many people uneasy, but highlighted the importance of engaging in uncomfortable conversations for the sake of the community they serve.

Hayward city leaders are trying to support their employees and community members who are navigating difficult conversations by emphasizing the importance of removing shame and rather than blaming one another, being willing to have an open mindset and learn from each other. 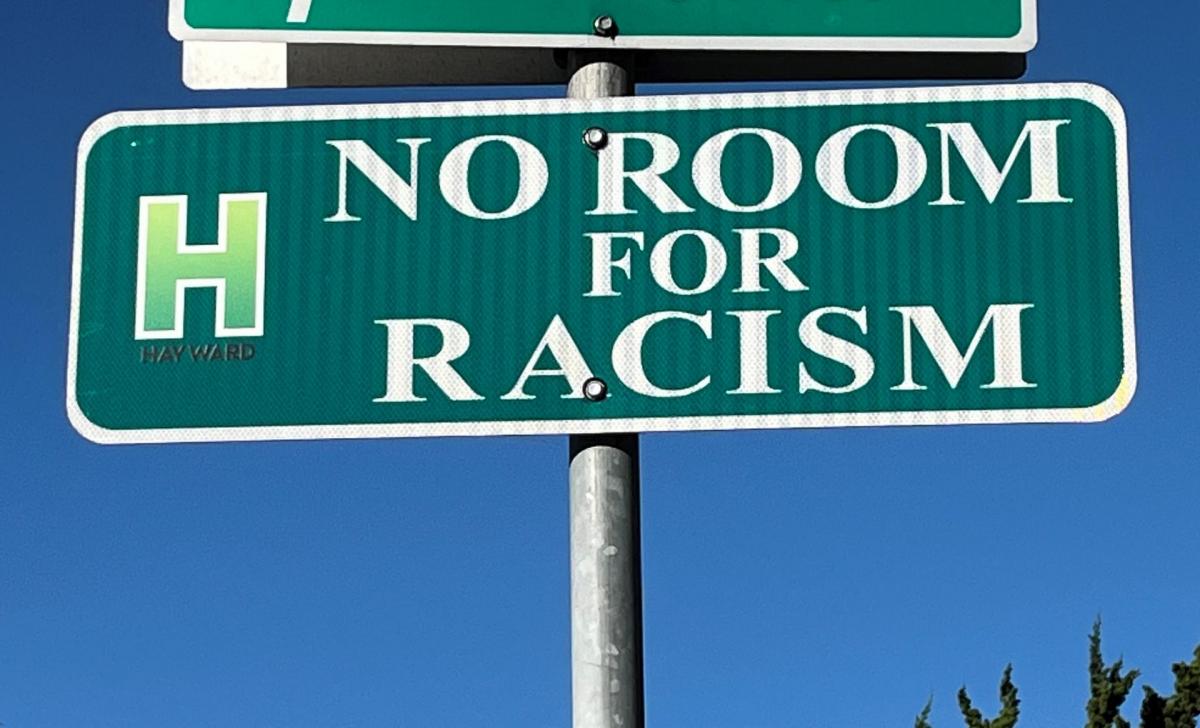 Similarly, Halliday expresses just how critical it is that city officials learn to be accountable in order to progress forward.

“Sometimes you’re in a place where you think everything is okay, but it’s not and you don’t know that,” said Halliday. “You don’t see it all the time, what people have to go through… but it’s there and it is important that we all engage in consciousness building. Even if we don’t see it every day, racism and discrimination continue to exist, in subtle and not so subtle ways.”

Hayward’s willingness to continue to learn and hold itself accountable to its community members has facilitated its advancing equity initiatives. Although far from easy, Hayward leaders have made it clear that advancing equity is not a one-time, special project. Rather, it is an ongoing effort that must be embedded in their everyday work.

According to McAdoo and Halliday, Hayward city leaders are committed to doing the work required to truly be a place where all people, regardless of race, identity, or financial background, can call home.