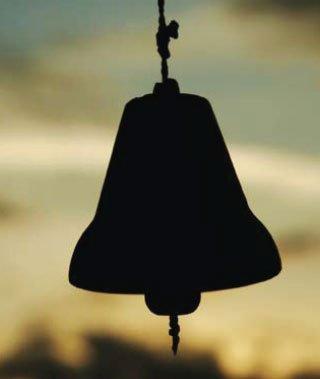 Is the Bell Tolling for Pension Reform?

No man is an island, entire of itself; every man is a piece of the continent, a part of the main. If a clod be washed away by the sea, Europe is the less, as well as if a promontory were, as well as if a manor of thy friends or of thine own were. Any man’s death diminishes me, because I am involved in mankind, and therefore never send to know for whom the bell tolls; it tolls for thee.

When I first tried to recall who wrote “the bell tolls … for thee,” I thought of Ernest Hemingway’s famous novel, For Whom the Bell Tolls. A little research led me to the correct source: John Donne, the 16th-century Englishman of letters, prolific author and product of the Renaissance. Donne’s passage provides a proper, broad context for understanding why a policy issue like pension reform is a matter affecting the public good and not just public employees.

Donne wrote eloquently about the values and goals that bind us together as a community and how they are affected by the fate of one of its parts or members. These connections include not only our common moral values that form the basis of our system of criminal and civil laws, but they also implicate the values of fairness and sustainability in the financing and delivery of our public services.

Whether it is the greed of Wall Street financiers, the repackaging of imprudent and unsupportable home mortgages by mortgage bankers or the abusive compensation practices of a few local officials, we are prompted by our in-born suspicion of privilege in this country to sniff out anything fishy and unfair. That is exactly why the bell seems to be tolling for public employee pension reform in California.

How bad is the pension sustainability problem? In a recent draft Pension Reform Action Plan, the League’s City Managers Department wrote that the rapidly rising pension costs for cities over the next few years will threaten the delivery of public services, compromise General Fund budgets and push some cities to the brink of fiscal collapse. The managers point out that “a California Public Employees Retirement System (CalPERS) actuary warned that by 2014 it will be common for local governments to budget 50 percent of police officers’, 40 percent of firefighters’ and 24 percent of miscellaneous employees’ salaries for pensions; contributions that are fiscally unsustainable.” And this problem does not even include what may be the far more important issue facing local governments: unfunded liability costs for retiree health care.

Voters have indicated that they are also concerned about public pensions. A Public Policy Institute of California poll in January 2010 found that three out of four Californians view the amount of money being spent on the public employee pension systems as a problem. The percentage calling it a “big problem” grew 10 percent since January 2005. A poll conducted by the Los Angeles Times and University of Southern California in April 2011 showed that 70 percent of California voters support caps on pensions for current and future public employees, and nearly the same number support raising employee contributions to their retirement plans.

The good news is that cities and their employees are joining together to tackle this serious problem before it gets even worse. A League survey conducted earlier this year revealed that about 25 percent of responding cities have adopted a new pension tier for new employees. Almost 40 percent of the responding cities reported they have increased cost-sharing with employees picking up more, if not all, of the employees’ share of the contribution rate. Some are actually negotiating agreements for the employees to pick up anywhere from 1 to 4 percent of the employer’s contribution rate. Finally, 12 percent of the cities reported that they have negotiated changes in the final average earnings (FAE) calculation, with most increasing it from the single highest year to an average of the three highest years.

In his book, The Tipping Point, author Malcolm Gladwell explains how a combination of factors — including who delivers a message, how it is delivered and the context in which it is delivered — can cause an idea to take on “epidemic” proportions and become “sticky” or “hot” to public opinion. Clearly the same message about pension reform has been received differently during times of economic prosperity than in times of fiscal pain. For years a few voices have been sounding the alarm about the need for action, but it took the worst recession since the Great Depression to galvanize public opinion and for decision-makers to respond.

Gladwell’s analysis suggests that the public interest in pension reform is fueled also by the messenger. The fact is that four and even two years ago the only people who were talking about the need to reform pensions were either soothsayers or anti-tax advocates. Consider who the common messengers are today, and you will find that city council members and mayors, city managers, some labor leaders and business leaders are all part of the chorus. Thus, it comes as no surprise that one of the League’s three strategic goals this year is pension reform for greater sustainability.

One of the ways you can tell an idea like pension reform is getting “sticky” is to listen to labor union officials who have an extremely important role to play in helping ensure the survival of a fair and sustainable public employee retirement system — fair to the employees and to the public. To their credit, a growing number of public employee labor unions are becoming part of the solution to the pension sustainability problem in many cities, suggesting approaches and agreeing to substantial changes in benefits and increases in employee cost-sharing responsibilities. Those who do not will likely face deep staff cuts and an increasingly irate electorate that is primed to approve drastic changes to traditional defined benefit pensions.

Taking a page from John Donne, no public employee retirement system is an island any more than it is an employee entitlement. Its health and its very existence require that it first serve the public welfare and not require drastic reductions in public staffing levels and services to finance unsustainable benefits for the public servants. No public employee would defend such a system either. Each of them came to work in the public sector out of a strong desire to serve their community and state. At the end of the day, we are going to solve this problem together or it is going to bury us. I hope it is the former.

The bell is tolling. Let’s get to work on reforming pensions.

This article appears in the July 2011 issue of Western City
Did you like what you read here? Subscribe to Western City