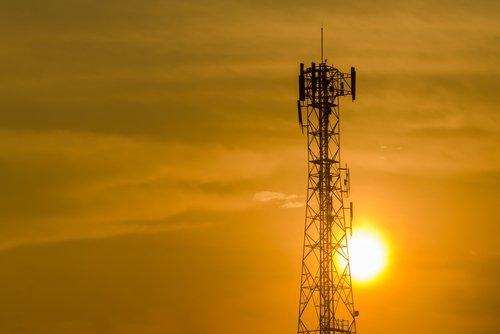 A Brave New World for Cell Antennas in California: What You Need to Know About AB 57

Omar Masry has served as a city planner in Los Angeles, Orange and San Francisco counties. He is currently a senior analyst with the Office of Short Term Rentals for the City and County of San Francisco and can be reached at omar.masry@sfgov.org. Robert May is an attorney and partner with Telecom Law Firm. Both testified on AB 57 before the California Senate.

Effective Jan. 1, 2016, all wireless permit applications will be subject to an automatic approval rule under either California or federal law. In early 2015, the FCC implemented a “deemed-granted” rule for applications for less-than-substantial requests for collocations or modifications to existing facilities pending for more than 60 days.

In late 2015, the California Legislature adopted AB 57 (Chapter 685, Statutes of 2015), which deems approved all applications for new sites after 150 days and all collocations not covered under the FCC’s rules after 90 days. AB 57 turns the development process in California upside down to accelerate wireless infrastructure deployment. Whereas applicants must normally submit at least a complete permit application before it becomes entitled to an approval, AB 57 merely requires a submittal without an approval or denial within a specified period. Even the “deemed approval” provisions in the California Permit Streamlining Act required the applicant to complete CEQA review and observe due process, but now AB 57 grants wireless site projects a free pass irrespective of environmental or constitutional concerns.

The Legislature adopted this radical departure from orderly and deliberate deployment decisions about more or less permanent installations despite a consistent refusal by the FCC to grant the same extraordinary privileges to these applicants. Lobbyists for wireless companies twice petitioned the FCC for deemed-granted permits for any wireless site application —  and twice went home empty handed. In both instances, the FCC indicated that too many complex and important issues are at stake to simply deem any permit granted. Nevertheless, AB 57 is the law in California. Local governments, their planners, public works engineers, officials and elected representatives must learn to navigate the new law.

At its core, AB 57 automatically deems approved any application for a new or substantially changed wireless site after the FCC’s “shot clock” expires. Those shot-clock rules established “presumptively reasonable” times to process an application for a new site (150 days) or a collocation (90 days), after which an applicant could sue to force a decision. The distinction between a new site and collocation seems simple enough, but people often disagree about which clock applies. For example, most municipalities define a collocation to mean two wireless facilities on the same structure, but wireless industry lawyers sometimes claim that new wireless equipment added to any existing structure (whether the building or utility pole has wireless equipment or not) qualifies as a collocation subject to the 90-day clock. In contrast to both definitions, the FCC said in 2009 that a 90-day collocation means an application “does not involve a substantial increase in the size of a tower” and a tower means a structure solely or primarily intended to support wireless antennas.

So what’s a collocation? For AB 57 purposes, the FCC’s 2009 rule applies. Unless a shorter shot clock applies (and yes, they exist), municipalities must process less-than-substantial increases in the size of a tower in 90 days or less. New sites and substantial changes to existing sites must be processed in 150 days or less.

Exceptions to “Pause” the Shot Clocks

Two “pause” mechanisms apply to these 90- and 150-day clocks. The first exception applies if a carrier submits an application and the local government provides a written letter within 30 days indicating why the application is incomplete; then the clock pauses until the carrier resubmits the application or provides the information requested. Once a project is resubmitted, the local government has 10 days to determine if the submitted materials are complete — otherwise the clock continues.

A second exception involves the wireless carrier and the city and/or county consenting to a tolling agreement to extend the clock until a certain date or certain metric is met — or indefinitely. However, the carrier has to voluntarily agree in writing to such an extension.

Even when the application is “complete” but the design is still not viable (for example, is not  minimally intrusive and/or consistent with local development policies, guidelines and ordinances) or not legal (for example, it violates building codes, noise ordinances, the California Environmental Quality Act and/or historic preservation regulations or has no legal access to the site), the time it takes to make further changes (for example, revise the design, conduct outreach, perform environmental review and so forth) to make the project “viable” (that is to say, less intrusive) counts against the city and/or county and the clock still runs. Given that 20 to 30 days of the clock will typically be used in reviewing the application when it is first submitted — and that in most cities/counties, it takes approximately 30 to 40 days to get a project and neighborhood notification mailed out in advance of the public hearing (assuming the hearing body doesn’t take time off in the summer) — the 90-day clock becomes an even greater challenge, especially if there are other recommendation hearing bodies such as a Historic Preservation Commission or a public design review board. 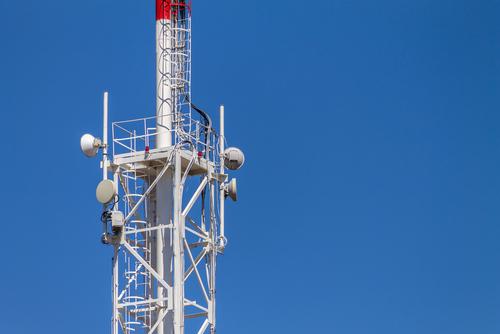 What Happens After a Deemed Approval?

Quite frankly, no one knows for sure. Neither the statute nor the legislative record gives any clues about the applicants’ or the municipalities’ respective rights and obligations. Does the applicant need a physical permit, or can it just go out and build the site? Although the statute permits localities to seek judicial review, that provision hardly authorizes construction without actual permits. Can the applicant build whatever it wants, or must it obey zone height restrictions and setbacks? What if the application involved a variance? Can municipalities attach conditions to permits issued after a deemed approval? What happens when the clock runs out during an appeal? Local government officials should think about these problems now rather than after they receive the first letter from an applicant declaring its application automatically approved.

Perhaps the best approach is to build safeguards into the review process that help prevent applications from falling through the cracks. Given that a deemed approval cannot occur unless the applicant has provided all the public notices required for the application, local governments should consider requiring the applicant to send public notice that the shot clock is about to expire and requiring that a copy of the notice be sent to the planner.

Unlike existing California “deemed approvals” in the Permit Streamlining Act (PSA), AB 57 provides no timing exceptions for complex environmental (CEQA) review. So, if a new hilltop tower (plus access roads and generators) would require an Environmental Impact Report (or similar review) and complex studies (such as biological sampling for endangered species during the Spring, stormwater review for new access roads, or geotechnical and archaeological review), what choice does the local government have? Local officials may hope the wireless carrier will voluntarily request a tolling agreement (to extend the clock for a new facility). But failing that, the local government faces a conundrum: It will want to avoid automatic approvals for incompatible designs/locations, but it won’t be able to approve a project (or subsequent permits) if it hasn’t undertaken a complete CEQA review.

AB 57 also deviates from the due process protections that appear in the PSA. Whereas the PSA prohibits any deemed approval without a public hearing when one is required, AB 57 was worded to avoid as many public hearings as possible. Under the PSA, a permit cannot be deemed granted unless “the public notice required by law has occurred,” which the courts interpret to include a public hearing when a project would substantially impact neighboring property rights. AB 57, however, requires only the public notice specified for the application. So if the local code doesn’t require a public hearing, but the Constitution would, AB 57 apparently deems the permit approved whether neighbors receive their fundamental rights or not.

So how many wireless sites “substantially” impact property rights? That’s a good question and,  like most good questions, it doesn’t have a clear answer. However, it’s worth mentioning that the Ninth Circuit in American Tower Corp. v. City of San Diego recently found that the mere renewal of a large tower’s permit could substantially impact property rights — so it seems fair to say that an approval for a new tower might require a hearing in some circumstances.

Local jurisdictions should look very hard at their notice requirements. AB 57 seems to push localities toward more public hearings rather than more streamlined administrative processes. Wireless sites are already controversial in many cases. Can you imagine how the public might react if it found out that the jurisdiction could have required a hearing but didn’t?

AB 57 presents significant new challenges for public officials and municipal staff members. Not only does it completely change the traditional development process, it also offers few if any clear rules to guide governments and applicants through the new paradigm. The regulatory void leaves ample room for gaming and bad behavior on both sides of the counter. It doesn’t have to be that way. Local officials and staff members are encouraged to study AB 57, discuss it with the applicants and develop thoughtful approaches to fill in its gaps and holes.

A supplement developed by Omar Masry is available to help guide planners through the wireless permit process and can be found at http://bit.ly/1Q9UEM3.