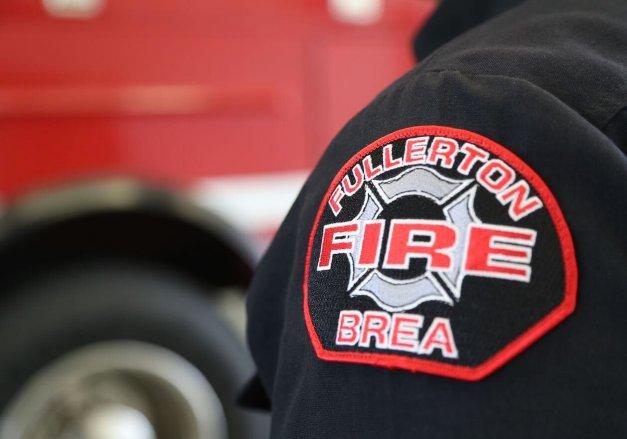 In the aftermath of the Great Recession, officials in the northern Orange County cities of Brea (pop. 41,395) and Fullerton (pop. 135,161) saw an opportunity to make a bold move that in better times might have stalled due to political debate and public apprehension.

Post-recession budget deficits in Brea were projected to be in the millions of dollars for multiple years. Fullerton was also experiencing several years of shortfalls. The two cities entered into a fire command resource sharing program in May 2011, with Fire Chief Wolfgang Knabe leading both cities. The two-year pilot program combined the two Fire Departments’ command structures into a single, shared administrative unit to take advantage of fiscal and operational efficiencies. This move created a new model of fire services delivery for the two cities, which realized a combined savings of $1.3 million annually.

“The command staff consolidation has been a tremendous success, resulting in financial savings and efficiencies for both agencies, while still delivering exceptional fire services,” says Knabe.

The North Orange County Cities Coalition (NOCCC), which was formed in response to the effects of the recession, provided the impetus for the initial Brea-Fullerton agreement. In summer 2009 the city managers of Brea and Fullerton, along with four others from nearby cities Buena Park, La Habra, Placentia and Yorba Linda, began meeting every six weeks to identify mutual needs and available resources. The cities of La Palma and Orange joined later, and this group still meets every six weeks. The group is currently evaluating the feasibility of joint police dispatch to gain additional efficiencies.

With support from their city councils, the city managers examined their internal administrations to identify programs, services and other resources that if shared, consolidated or leveraged could save money and enhance productivity. With a combined population of 600,152 the NOCCC cities realized they could better negotiate contracts and realize savings by coordinating capital improvement projects and other efforts.

Project by project, NOCCC members initiated changes in their cities’ internal service procedures and organizational culture that in turn generated additional ideas and opportunities. The relationships developed through NOCCC have resulted in 10 major projects to date and $2 million in annual savings. The close relationships formed among the city managers and staff help the group solve problems and address barriers as they arise.

Ironing Out the Wrinkles

Due to a fire chief vacancy in Brea and a number of pending command vacancies in both Fire Departments, the consolidation occurred without layoffs, demotions or loss of pay to the affected employees. Entering into a multi-agency agreement created a number of issues that needed to be addressed, including governance, cost allocation, salary equity, integrated dispatching, visibility and community identity on uniforms and equipment, attendance at city council and staff meetings, office hours, contract termination provisions and indemnification. By working together and engaging fire employees in problem solving, Brea and Fullerton successfully resolved the various administrative challenges.

The consolidation provided immediate financial relief to both cities and permitted Brea and Fullerton to maintain their own municipal fire departments with local control, thereby eliminating a potential move into a large regional fire department.

The partnership is now in its fourth year. By taking advantage of economies of scale, both cities have made significant progress in implementing operational changes that reduced costs, maximized resources and preserved quality services. The resulting savings also offset cuts to other city departments and helped both agencies endure the effects of the lengthy economic downturn. Due to its success, the program was extended in 2013 for one year and again in 2014 for another five years. The new long-term contract allows Brea and Fullerton to explore additional opportunities and work toward full integration by developing a joint powers authority (JPA).

The move toward full consolidation was tested when the Public Employees’ Pension Reform Act (PEPRA) was signed into law. Under PEPRA, new public employees’ benefits were significantly modified from earlier formulas. Because Brea and Fullerton fire personnel would be considered new employees of the JPA, they would lose their current retirement benefits, even without a lapse in service. City officials believed this was an unintended consequence of PEPRA and that it conflicted with the governor’s goal to streamline government services.

Brea and Fullerton worked to get special legislation passed to correct the issue. Senator Bob Huff (R-San Dimas) sponsored SB 1251, which Gov. Jerry Brown signed into law in September 2014. It provides a legislative foundation for Brea and Fullerton to continue their successful cost-saving service model and authorizes up to three contiguous cities to join the JPA by January 2017.

Other cities have taken notice by inviting Brea and Fullerton to speak at professional organizations to share the lessons learned, which include:

The Great Recession posed many challenges for municipalities, including those participating in NOCCC. But it also provided opportunities — and the political will — to initiate new models for service delivery.

Photo credit: Courtesy of the cities of Brea and Fullerton and League of California Cities

This article appears in the November 2015 issue of Western City
Did you like what you read here? Subscribe to Western City