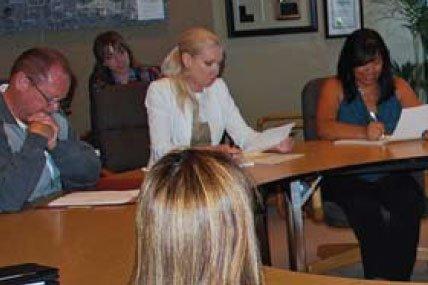 The City of Brea, located in northern Orange County, sensed changes in its business climate long before national economists coined the term “the Great Recession.” Brea could see negative trends in its revenue reports by early 2008. For the first time on record, sales tax revenue was flat, signaling the beginning of a decline that lasted 10 consecutive quarters. Property tax, hotel tax and interest earnings were all down. And California’s budget crisis put remaining revenues at risk, as the state once again eyed local revenues to help close its multi-billion dollar deficit. Meanwhile, the demand for services began to rise.

Looking ahead to FY 2008–09, Brea saw a $2.9 million problem looming. Left unchecked, the five-year analysis projected higher deficits going forward, reaching $3.1 million in FY 2012–13. This gloomy scenario was compounded by low employee morale, the result of a major restructuring just three years earlier in which more than 30 positions were eliminated. Employees feared salary cuts, furloughs, layoffs, an increased workload and a very uncertain future. Labor unions hunkered down to avoid losing ground, as city officials struggled with how to continue providing the high levels of city services that residents expected.

The challenge facing Brea was unlike any other. The economic downturn was expected to be worse and last longer than ever before, a prediction that would soon prove true. The state’s budget situation continued to deteriorate. Temporary, short-term budget solutions — such as deferring maintenance, spending reserves, instituting a hiring freeze and cutting line items — were not going to work for Brea this time.

Reality Check With The Community

Faced with this new reality, the city council began by confirming community priorities. The city commissioned a scientific, statistically reliable study to assess the importance of and satisfaction with 27 specific city services. Results indicated that an overwhelming majority (96 percent) of the community were pleased with the city’s delivery of municipal services and the quality of life in Brea. Good news, but now the challenge was even more complex. How could the city make the necessary budget decisions, sustain the current level of services and meet the needs of both the residents and the organization?

Brea’s city leaders chose to use the fiscal crisis as an opportunity to learn, teach and expand an innovative problem-solving process it had begun to experiment with a few years before. This collaborative leadership model redefines traditional hierarchical relationships and engages employees at all levels of the organization. Such internal civic engagement strategies promote citywide participation in decision-making and long-range planning.

Mayor Roy Moore says, “It was an excellent tool that involved employees at a time of economic stress, and the process helped employees understand that they could effect change.”

To apply the problem-solving model throughout the organization, a Budget Strategic Planning (BSP) group was created, and all municipal employees, regardless of their positions, were invited to participate. As the process unfolded, two council members participated once a month, helping employees to better understand community values, political sensitivities and council goals. In addition, members of the city council saw firsthand how the process worked and were better able to recognize the service implications of potential budget decisions.

Employee facilitators took turns leading discussions. Open-ended questions were posed to spark meaningful dialogue on a pertinent topic and provide a supportive environment for learning. Small break-out groups were used to brainstorm ideas and develop options, around which the larger group would develop consensus. This problem-solving process was based on the premise that given all the relevant information, employees will develop solutions that are superior to those created by the traditional top-down approach — in part because of their unique perspective in the organization. Another key advantage was that people tend to support what they help create.

“It was an interesting experience, and I’m proud to say I was a part of it,” says Liz Pharis, management analyst. “It was inspiring to see that my suggestions and ideas could make a difference.”

Communication is another critical component of this collaborative model. The Brea City Council was regularly updated on the group’s progress by BSP members at council study sessions and city manager briefings. Departments and employee association groups received updates via e-mail, staff meetings and special BSP group presentations. Employees used an interactive computer program on the intranet to exchange relevant articles, budget documents, meeting agendas and notes. To ensure that everyone had a chance to be involved, employees could also post questions and leave suggestions and ideas for review by the BSP group.

Using multiple communications avenues, BSP reached out to the Brea community, inviting residents to participate in two unique outreach sessions. These workshops were designed to ascertain which city council and community values should be applied to setting budget priorities. All told, approximately 100 residents participated in small group exercises using the collaborative model. Information and ideas gleaned from the workshops and submitted to the website were reported to the city council and publicized in the community.

Nearly 200 budget solutions were generated and resulted in a $6.4 million reduction in expenditures over two fiscal years. This included more than $1.5 million in employee cost contributions and the elimination of 32 full-time positions. A reorganization plan, designed collaboratively by employees, consolidated nine departments into six. This restructuring and a Fire Department command-sharing agreement with another city added another $1.1 million in annual savings.