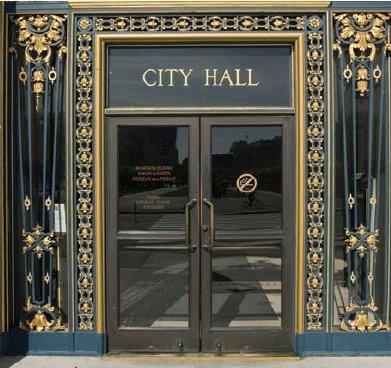 Perhaps the single largest challenge for elected city officials is educating our community about local government: how policy is made, priorities are set and budgets are developed.

This challenge is compounded by the fact that many residents in our communities are already stressed by the demands of making ends meet in a dismal economy and caring for their families — which leaves little time, if any, for civic participation — and by public distrust of government in general.

As elected local officials, our task is to explain how municipal government works. In my experience, people are often confused about the different types of revenues that flow into the city and the distinctions between expenditures and different “pots” of money for vital community services such as police, fire, parks and recreation and libraries.

Cities throughout California have developed innovative ways to educate and inform residents about local government. The City of Cupertino invented a “Balance or Bust” board game that took groups of residents through the budget process and challenged them to solve a $2 million deficit. The game used real numbers based on the actual costs of city services. By playing the game, residents learned about the connection between economic development and a solid tax base, the difficulty in prioritizing competing community needs, and the vulnerability of local government funds to state take-aways.

One way to connect with hard-to-reach residents is through their children. In Oxnard, a Mobile Satellite City Hall introduces residents to city services and gives them an opportunity to voice their concerns in a relaxed and convenient setting. By collaborating with local schools and promoting children’s games and activities as part of the neighborhood events, the city reached families whose kids were eager to attend. While the children were busy, parents explored exhibits promoting city services, received informational materials in both English and Spanish and met city staff who answered questions and invited suggestions. The city made contact with thousands of people who had never before connected with their local government. The program also provided a way to educate residents and develop neighborhood leaders.

Recognizing an opportunity to create a connection between municipal government and residents through its children, the City of Carlsbad developed the City-Stuff elementary school curriculum for third graders, who were not being taught about local government in the public schools. The city partnered with the business community and Junior Achievement, a nonprofit worldwide organization that seeks to educate and inspire young people to succeed, and the three local school districts agreed to participate. The curriculum culminates in a mock city council meeting held at the city council chambers that involves both students and parents. CityStuff enables students and their families to learn about their community and discover how democracy functions at the local level.

Building trust in local government takes many forms. The City of Santa Clara implemented a Vote Ethics campaign to engage and inform voters on how to become better educated about candidates and politics, without ever telling them for whom or how to vote. People learned how to more effectively research a candidate’s ideology and fundraising and how to better interpret candidates’ direct mail. Pre- and post-implementation surveys revealed that the number of residents who felt they had too little information to make informed voting choices decreased by 45 percent.

In another ethics-related effort, the City of Santa Ana’s voters passed Measure D in 2008. The measure made two changes to the city charter: It extended city council members’ term limits from two terms to three and called for adoption of a Code of Ethics and Conduct for elected officials and members of appointed boards, commissions and committees. Given that the public can be skeptical of the power and influence held by elected officials, especially when being asked to extend term limits, this measure generated a lot of attention and interest in the community. The goal of the Code of Ethics and Conduct is to ensure public confidence in the integrity of local government’s elected and appointed officials. The code, which had to be adopted within six months of the charter amendment taking effect, was developed with significant public input. In June 2008, the city approved and adopted these core values and expressions of behavior:

All elected and appointed officials in Santa Ana must certify that they have received a copy of the Code of Ethics and Conduct, understand its provisions and pledge to conduct their duties in accordance with the code. In addition, the ethics code was placed on each commission and board agenda, and each voted to acknowledge its receipt. Upon entering office, new officials are asked to sign the Code of Ethics and Conduct. The code is also incorporated into handbooks, orientation programs and other training efforts, including ethics training required by AB 1234, to further clarify its provisions and application.

These are just a few examples of the many ways that cities and elected officials are helping to build trust and public confidence in local government. The key is to explain and educate, rather than taking a defensive posture when residents question city policies and budgets.

The Institute for Local Government (ILG), which is the nonprofit research affiliate of the League and the California State Association of Counties, offers a number of helpful tools to inform residents about local government issues. Two publications of particular interest are Understanding the Basics of County and City Revenues and Understanding the Basics of Local Agency Decision-Making. Both present the nuts and bolts of local government for the layperson. ILG also offers one-page summaries about topics related to land use and planning that are written in plain language and available both in English and Spanish. These publications are available free from the ILG website at www.ca-ilg.org/localgovt101.

What is your city doing? We want to hear about your efforts to connect with your community and what’s working. As part of its Local Government 101 program, ILG hosts an online discussion board (www.ca-ilg.org/localgovt101forum) where you can post information about how you are working to educate your community about local government issues. Let us know what’s working in your city.

For More Information on Codes of Ethics and Conduct
To learn more about ethics codes, visit www.ca-ilg.org/ethicscodes.

This article appears in the December 2009 issue of Western City
Did you like what you read here? Subscribe to Western City