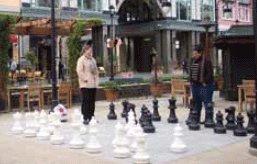 Built to Last: Charting a Path to a Sustainable Economy

California, like the rest of the nation, has been weathering a severe economic downturn that has resulted in near-record levels of unemployment, widespread home foreclosures and lost income. Local costs for safety-net programs and other essential services have grown while state and federal revenues have fallen, leading to chronic budget shortfalls and fiscal distress.

Many observers believe fundamental forces are reshaping the economy and it’s unrealistic to expect the Great Recession will end with a return to “business as usual.”  The loss of redevelopment as a local community development tool, coupled with the lack of public and private investment in new jobs and infrastructure, means that many communities are searching for a path to recovery that’s built to last long term.

Two very different cities — San Jose, with more than 1 million residents, and Taft, with fewer than 10,000 — are remarkable examples of cities’ pioneering efforts to chart a more sustainable economic future. Although each city has approached the task in its own way, each has addressed similar questions in seeking a way forward. Local and civic leaders in both cities confronted these key questions:

In answering these questions, each city decided to build on its existing strengths to attract and retain jobs, while making a dramatic break with the past to capitalize on some of the opportunities offered in the new economy. Their experiences provide some important lessons for communities grappling with similar challenges.

San Jose Designs an Economic Strategy to Fit the Times

San Jose’s commitment to sustainable economic development can be traced to 2007, when the city adopted a “Green Vision” for the future, encompassing 10 ambitious goals to be achieved over 15 years. The effort went beyond traditional “green” jobs and was notable for including measurable objectives and an annual report to chart progress. The city followed up with an updated economic development strategy in 2010 that focused on creating vibrant public places as a key to long-term prosperity.

City leaders understand that San Jose’s economic vitality depends on positioning the city to respond to the trends that will drive the economy in the future, rather than relying on solutions based in the past. For example, in the decades prior to the current downturn, San Jose based its growth on the standard post-war suburban model: spread-out neighborhoods of detached homes for families with children, along with large shopping malls and industrial districts with light manufacturing.

In a dramatic departure from this historical approach to economic development, San Jose recently adopted an ambitious General Plan to guide the future growth of the 10th-largest city in the United States. Envision San Jose 2040 builds on years of effort by local officials, civic leaders and residents. According to Kim Walesh, the city’s economic development director and chief strategist, “Envision 2040 consciously integrates environmental, fiscal, economic and social sustainability.”

The economic development strategy underlying the Envision San Jose 2040 General Plan is firmly grounded in the trends shaping the city’s future. One trend is the increasing value that residents and workers place on natural resources and open space. Walesh says, “As our population increases potentially to 1.4 million people by 2040, our city’s borders will not expand. Residents want to maintain the current green belt and open space.” Consequently the city plans to capture new commercial, industrial and residential development by infilling existing areas — instead of spreading out — to maintain the quality of life that is a key element of the city’s economic competitiveness.

Demographic trends also played a big part in the city’s decision to focus new economic development in higher density urban villages near transit. In the past, about half of San Jose’s households included a child younger than 18; now only about a third do. Over the next 20 years, the city projects that the current supply of detached single-family housing will be sufficient to serve the smaller number of households headed by adults age 35 to 54, the prime child-rearing years. Meanwhile, new housing will be needed for the growing population of young adults age 20 to 34 who form the foundation for the Silicon Valley workforce, as well as those 55 and older who no longer need or want large homes in suburban neighborhoods. Rather than channel private and public investments into a development pattern that no longer meets future economic and demographic needs, the community that emerges as a result of the plan will be different from the single-family neighborhoods of the past.

“Urban villages are active, walkable neighborhood centers where shops, restaurants, offices, and homes are located together — typically in buildings that may be two to six stories high,” says Walesh. “Envision 2040 plans for dozens of these urban villages throughout the city.” The community as a whole will benefit because “over time, we can refresh older retail areas and strip malls into more lively, interesting places,” adds Walesh. This will position San Jose to take advantage of major investments that have been made in transit infrastructure, providing job opportunities and strengthening the local economy in the process.

The city’s economic development strategy is also intended to be fiscally sustainable. San Jose is unique among big U.S. cities in that it is a bedroom community with more nighttime residents than daytime employees.  “Right now, servicing lower-density, single-family neighborhoods costs local government more than the revenue these neighborhoods bring in,” says Walesh. The future development planned for the city, with a mix of commercial and retail development and compact housing in areas with good walking, bicycling and transit options, will strengthen local finances, reinforcing the economic attraction of San Jose as a place to do business.

The City of Taft demonstrates that small towns, as well as big cities, can plan for an economic future that incorporates sustainability. Located in the hills at the southwestern edge of Kern County, Taft began as an oil town and still relies on petroleum extraction as a mainstay of the local economy.

Taft may seem an unlikely place to embrace sustainability, but community leaders realized that they needed to engage in creative thinking to secure a stable economic future. Perhaps the most creative economic development initiative is the community’s vision to transform Taft from a 20th century oil town to a 21st century energy city. Building on local expertise in the energy business, Taft is promoting biofuels research, development and manufacturing and welcoming solar energy.

As part of Taft’s commitment to sustainability, it has retrofitted city facilities with solar panels and energy-saving improvements, and the city is working to attract solar-industry manufacturers.

With fewer than 10,000 residents, Taft faces growth pressures that are the opposite of those facing San Jose. Taft’s daytime population swells with 20,000 oil workers commuting in from Bakersfield and surrounding communities. “We didn’t experience the housing boom or the housing bust,” says Paul Gorte, the city’s planning director. This sets Taft apart from many other Central Valley communities.

The city is using minimum zoning densities and other tools to create a mix of housing to attract some of these commuters to live in Taft, thereby buttressing the city’s retail businesses and tax base.

Taft is also making creative use of its other economic, natural and historic assets. The city chose to become the successor to the local redevelopment agency, and a large portion of the redevelopment area is under contract for development. Taft and Kern County operate a joint enterprise zone as well as an economic development joint powers authority.

The city is capitalizing on nearby natural resources, such as the pristine Carrizo Plain National Monument to the west, to appeal to the growing ecotourism industry. Taft is also promoting its location for the manufacture and transport of LEED-certified products and materials; products shipped from Taft to San Francisco, Los Angeles and San Diego have a smaller carbon footprint than those shipped directly between the state’s major urban centers. In these and many other ways, Taft is striving to capitalize on the community’s assets and seize economic opportunities through a long-term vision for sustainable development.

Looking to the Future

The paths that diverse cities like San Jose and Taft are taking to create a sustainable future for their residents also position these communities to prosper in a highly competitive national and global marketplace.  By pioneering viable approaches to economic development that incorporate sustainability principles and are built to last, these communities and others like them may well have a significant impact on California’s place in the national and global economy for years to come.