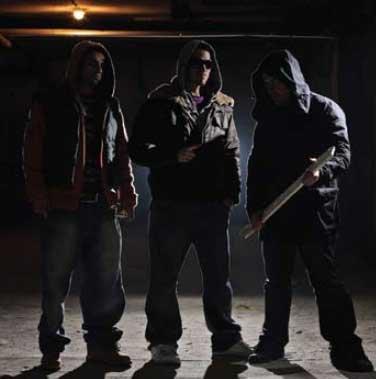 Jack Calhoun is senior consultant for the National League of Cities’ Institute for Youth, Education and Families and director of the California Cities Gang Prevention Network (CCGPN). He can be reached at hopematters@verizon.net. For more information about the CCGPN, visit www.ccgpn.org.

Since 1981, gang violence has claimed the lives of more than 15,000 Californians. Most of this violence occurs in cities. Death is just one measure of victimization. Among others: In crime-besieged neighborhoods kids fear going to school, parks become unusable, and shopping and taking a bus to work are dangerous ventures for residents. In short, communities plagued by gangs become aggregations of frightened, isolated individuals.

The CCGPN has six goals:

New strategies are required to stop gang violence and build communities that don’t produce gangs. When crime spikes, people naturally turn to and often blame the police. But law enforcement cannot be blamed for family dysfunction, non-performing schools, youths’ disconnection from the community, a weak economy or any of the other factors that contribute to gang proliferation. The problem of gang violence and its solution mandate an approach that is deeper, broader and more complex. Certainly, police can and must change how they do business, and these changes are under way, including activities such as community-oriented policing and participation in citywide task forces. However, for significant change to occur and communities to become livable and vibrant again, all key community entities must shoulder responsibility.

How Mayors Make a Difference

In the 13 CCGPN cities, mayors who lead this process also bring in more funding from diverse sources than mayors who defer leadership to others.

Most of the mayors in the CCGPN’s cities have emphatically supported comprehensive gang prevention efforts. Take Los Angeles, for example. According to the Los Angeles Times (June 28, 2009), “Last year, Mayor Antonio Villaraigosa consolidated the programs and boosted funding for gang intervention and prevention; by Oct. 1, the mayor’s [new] Office of Gang Reduction and Youth Development is expected to finish signing new contracts with intervention and prevention agencies worth more than $20 million a year. The office’s funding was left virtually untouched in the new budget, despite deep cuts elsewhere.”

In his State of the City speech on Feb. 7, 2009, Salinas Mayor Dennis Donohue said, “We need more police … [but] the violence comes in part from our own community — and it will be stopped by our own community. We can’t legislate or even arrest our way to peace. Every member of this community must do his or her part to build peace — from the student who decides to go to class instead of skipping, to the business owner who gives a job to an at-risk teen, to the mother who convinces her son to stay off the streets.”

In San Bernardino, Mayor Patrick Morris observed, “Public safety is the most important function of local government … As every knowledgeable police chief will tell you — and all research supports — suppression, intervention and prevention are the three pillars upon which we will rebuild our city.” Morris campaigned successfully in 2007 for a quarter-cent sales tax increase to fund more police officers and anti-gang and anti-crime operations, including drug resistance education and supervised after-school programs.

In 32 months, the CCGPN’s accomplishments have far exceeded its participants’ original expectations. Several network cities have reduced crime, and a few have increased high school graduation rates. Residents have approved tax levies for prevention programs. Cities have created new entities, such as the Office of Neighborhood Safety in Richmond and the Office of Youth Development in Sacramento, and established collaborations, such as the Mayor’s Gang Commission in San Diego. New partnerships with county, state and federal governments have been forged, and through the network’s Advisory Committee (where the League of California Cities has played a central role), policy principles have been drafted and shared with the state’s legislative leaders. Political interest in the network is keen. CCGPN participants havebriefed legislators at the state and federal levels as well as key officials in the Obama administration. The CCGPN is working closely with state leaders to develop both a formal resolution and a bill, AB 455, related to gang violence prevention.

The CCGPN cities have identified the following elements essential to success.

The mayor, in close cooperation with the chief of police, must lead in three areas:

On several Saturday afternoons, San Bernardino Mayor Morris grilled burgers and hot dogs on one of his city’s most crime-ridden corners while he sought ideas from residents and listened to their suggestions. He also helped steer the planning process and was instrumental in helping to form neighborhood teams of law enforcement, zoning and child welfare personnel to present gang-related issues in a comprehensive way to the community. (Violent crime dropped a dramatic 38 percent in San Bernardino’s most crime-saturated 20-square-block area).

Law enforcement and human services must not be seen as antithetical concepts but instead as necessary parts of the whole. As parents, we set limits and we nurture. To reduce gang violence, we must convey both the certainty of consequences and the certainty of help. Police must enforce the law, but most police leaders agree that “We cannot arrest our way out of this.”

Developing a comprehensive plan is essential.This is difficult. Many people believe that a program here and there will save a city. It won’t. All key civic entities must play a role: schools, businesses, faith communities, social services and zoning, to name a few. “It’s like herding cats,” says Oxnard Police Chief John Crombach, “but it’s the only way.”

An entity must be designated or created to track the work, hold people accountable and alter the plan as needed. Examples of “tracking” entities include the Mayor’s Gang Prevention Task Forces in San Jose and Santa Rosa, the Gang Commission in San Diego and the Mayor’s Blue Ribbon Commission in Stockton.

It’s vitally important to get close to young people in the community. Gang members are lured into gangs by people who engage in their lives and seem to care about them (“I’ve got your back”). The community, police and social services must know gang members’ names to stop them, engage with them and help them.

In contrast, cities that continue to have trouble with gang violence prevention efforts manifest different behaviors. In some, the mayor and chief are at odds; in others, programs are started with little or no connection to an overall plan; in some, there is strategic disproportion — for example, too much or too little law enforcement; in others, the plan has been created by a single individual, not by a planning body that represents the city as a whole; and in cities where the mayor does not lead, the municipal bureaucracy lacks certainty and a timid, limited plan often results.

The CCGPN’s future goals include:

Even in an era of brutal budget cuts, those California cities that have integrated gang prevention strategies into their city’s way of doing business and enlisted new partners to help stem the tide of gang violence can point to the future with a legitimate degree of optimism. These communities can help provide invaluable lessons to sister cities in California and the rest of the nation.