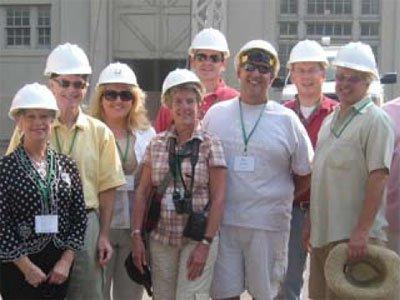 Twenty-six local government elected officials from throughout the state graduated in 2011 from the California Civic Leadership InstituteSM (CCLI), an educational program sponsored by the League Partners and designed for local officials interested in running for the state Legislature.

The League established this program in 2005 when it became apparent that term limits had produced a lack of institutional knowledge in the Legislature. Now in its eighth year, CCLI gives local leaders an in-depth understanding of the critical and complex issues affecting the state, including water, transportation, energy and housing. The program includes sessions that explore the tools needed to succeed in the Legislature. It also provides a forum where California’s rising leaders can connect and form lasting bonds.

“Legislators face numerous challenges throughout their careers, and it’s our goal to help them get ahead of the curve. Our program delves into high-level policy issues and covers political realities that members would not otherwise be exposed to before entering office,” says League Executive Director Chris McKenzie.

The League, working in conjunction with the leadership of the League Partners, expanded the program in 2011. Until then, CCLI was open only to elected city officials. Now CCLI welcomes all local government elected officials who are considering a state legislative run.

The Sacramento session in October 2011 comprised two days of educational programming led by some of the brightest minds in state politics. Participants engaged in discussions on the current political climate in Sacramento and the realities of serving in the Legislature. Participants heard from former Senate Republican leader Jim Brulte as well as Garry South, Susan Kennedy and Dan Schnur, who served as top advisors to former governors. Other speakers included Assembly Member Luis Alejo, former Assembly Members Anna Caballero and Roger Niello, Board of Equalization Member Betty Yee and former state Finance Director Mike Genest, along with a number of policy experts and lobbyists.

The Sacramento session followed a two-day session in July, when the class met at Southern California Edison’s Big Creek hydroelectric facility and focused on substantive statewide issues such as water and energy. Former Assembly Member Fred Keeley kicked off the program with a discussion of governance issues in the state. Former Secretary of Natural Resources Lester Snow and Latino Water Coalition Director Mario Santoyo made presentations on water to the group.

In the eight years since its inception, 85 participants have graduated from CCLI, including Senator Alex Padilla and Assembly Members Fiona Ma and Curt Hagman.

Congratulations to the California Civic
Leadership InstituteSM Class of 2011