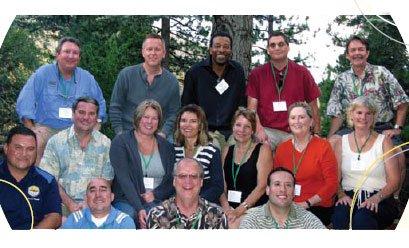 Twenty-two city officials from throughout the state graduated in 2009 from the California Civic Leadership Institute (CCLI), an educational program sponsored by the League Partners for mayors and council members interested in running for the state Legislature.

Now in its fifth year, CCLI is designed to give local leaders an in-depth understanding of the critical and complex issues affecting the state, including water, transportation, energy and housing. CCLI’s program includes sessions that explore the tools needed to succeed in the Legislature. CCLI also provides a forum where lasting bonds can be created among California’s rising leaders.

A total of 80 participants have graduated from CCLI since its inception in 2005. The League congratulates CCLI’s Class of 2009:

For more information about CCLI, including how to nominate a city elected official for this year’s program, contact Samantha Caygill, public affairs program manager for the League; phone: (916) 658-8204; e-mail: scaygill@cacities.org.