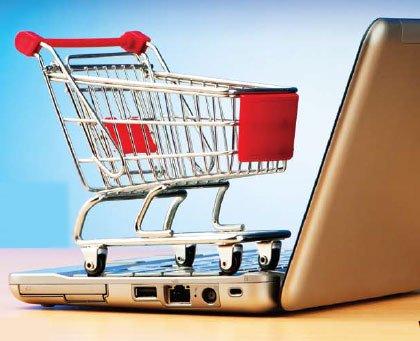 Dan Carrigg is legislative director for the League and can be reached at DCarrigg@cacities.org.

Shopping online has become a commonplace and convenient way to make purchases from out-of-state retailers — just select your items, enter your credit card number and click “Ship.” What about the sales tax? No problem. The Internet retailer does not collect it.

While lost revenue from these transactions may have been negligible in the past, Internet sales have more than tripled since 2000, and California and its in-state retailers have had enough. The effort to collect this revenue is complicated by Supreme Court decisions, Congressional inaction and consumer confusion, but the potential revenues for state and local government are enormous.

Not collecting sales tax provides out-of-state online retailers a significant price advantage over in-state “bricks and mortar” businesses. In-state retailers must collect and remit sales taxes. They complain that their stores have become showrooms for products that consumers later purchase via the Internet. This dynamic hurts in-state businesses that employ California residents, and the decline in revenue reduces funds that support public services and jobs.

When out-of-state retailers fail to collect the sales tax, individual customers are supposed to pay a “use tax” to the state instead. Although these taxes are owed, few people are aware of or understand the use tax. Since 1935, the use tax has been a companion to the sales tax, applying to the use, storage, transportation or gift of any item that would be subject to sales tax if it were sold in California.

Although a voluntary use tax line has been on state income tax returns since 2000, the Board of Equalization (BOE) estimates that only 1 percent of consumers comply. The BOE estimates that more than $1 billion of use tax goes uncollected annually. As online commerce continues to grow, a solution to the use-tax gap becomes increasingly urgent.

Efforts Related to Use Tax

In 2011, three different bills were introduced in the California Legislature aimed at expanding the state’s efforts to collect the use tax. In late June, as part of the budget, the Legislature passed AB x1 28, which authorized the state to pursue various strategies to establish legal “nexus” that would require Internet retailers to collect and remit the tax. Amazon.com, the largest Internet retailer, responded by collecting signatures for a referendum to overturn the legislation. This led to high-stakes negotiations between in-state retailers, legislators and Amazon.com that resulted in the passage of AB 155 (Calderon). AB 155 (Chapter 313, Statutes of 2011) delays the state’s additional efforts to collect use tax until late 2012 to provide an opportunity for Congress to adopt a nationwide law on the matter. If Congress fails to take action, AB 155 will take effect on July 31, 2012. If Congress does pass a law, but the state elects not to implement it before Sept. 14, 2012, then AB 155 will take effect on Jan. 1, 2013.

Many states have tried to compel collection of use tax, but Internet retailers have retaliated with lawsuits and economic sanctions. The roots of the debate trace back to interpretations of the Commerce Clause by the U.S. Supreme Court, including its 1992 ruling in Quill Corp. v. North Dakota, 504 U.S. 298. This case focused on whether a state could require Quill, a catalogue sales company, to collect use tax on its sales to residents within North Dakota. The company argued that it should not be required to collect and remit the use tax because it had no physical presence or employees within the state. The court agreed with Quill and, consistent with earlier cases, ruled that if remote sellers/businesses sell products via the Internet, mail order or telephone to customers within a state or to other states without having a physical presence in the state to which the product is shipped, then the sellers cannot be required to collect and remit a use tax.

Since Quill, states have struggled with how to collect use taxes and have explored various methods to establish nexus and physical presence. One significant effort has been the Streamlined Sales and Use Tax Agreement (SSUTA) — a voluntary effort by approximately 20 states to simplify their sales and use tax systems. Those states involved in the SSUTA believe that once simplification of various states’ sales and use tax systems has been demonstrated and achieved, states will be better positioned to lobby Congress to reverse the Quill decision and require all remote sellers (that lack physical presence within those member states) to collect and remit use tax to the various states and jurisdictions.

In 2009, the League reviewed the SSUTA and concluded that there are more questions than answers for California about potential participation. While the agreement offers the lure of capturing additional use taxes from remote sales, financial loss for the state and cities could occur due to alternative definitions of what can be taxed, potential restrictions imposed on local tax rates, and other restrictions potentially applied to local utility user’s taxes. Furthermore, both the state and local government could lose authority to both the SSUTA board, where it will have only one vote, and Congressional intrusion through initial legislation and future amendments. Read the League’s report on this issue online.

California’s legislation will put additional heat on Congress to respond, but Congressional action could come with undesirable strings. California local governments should closely monitor related developments. If Congress fails to act, however, AB 155 will take effect and assist with California’s collection efforts.