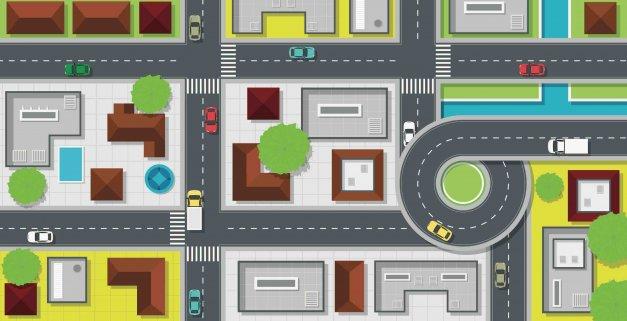 California’s Design Immunity Defense: Why Your City Wants It and How to Get It

Joan S. Smyth is senior counsel for the law firm of Kane, Ballmer & Berkman and can be reached at jsmyth@kbblaw.com.

However, even if the injured plaintiff can prove all of these factors, the public agency can still escape liability by asserting the design immunity set forth in California Government Code Section 830.6 as an affirmative defense.1

Why Your City Wants It

Government Code Section 830.6 provides, “Neither a public entity nor a public employee is liable … for an injury caused by the plan or design of a construction of, or an improvement to, public property where such plan or design has been approved in advance of the construction or improvement by the legislative body … or employee exercising discretionary authority to give such approval or where such plan or design is prepared in conformity with standards previously approved … .” In other words, a city that pleads and proves that Government Code Section 830.6 applies is immune from liability even if a judge or jury could find the plan or design of the injury-causing condition was dangerous. The intent of Section 830.6 is to prevent a judge or jury from second-guessing discretionary approvals made by the public agency and its employees regarding a particular plan or design for a construction project, often years after the approval was granted.2

How to Get It

Should the public entity fail to prove any of these three elements, the design immunity defense could be rejected and the public agency will be subject to liability.4

The second element of the defense — discretionary approval of the plan or design before the construction or improvement — can be more problematic, as the discretionary approvals are often made years before the accident in question. Courts have denied design immunity for public agencies that have failed to introduce sufficient evidence of a plan or design approved in advance by an employee vested with discretionary approval authority. For example, in Martinez v. County of Ventura5, the plaintiff suffered significant injuries when the motorcycle he was riding struck an asphalt berm (top-hat drain system) abutting a raised drain on a county road. The berm was located on the shoulder just off the traveled portion of the road. The plaintiff sued the county, alleging that the berm was a dangerous condition. At trial, the county did not introduce any evidence to show that plans for the berm had been approved prior to construction, but did provide evidence that such plans had “probably” been approved by the county’s road maintenance engineer. The jury found that the drain system was a dangerous condition, but ruled in favor of the county, based on design immunity. The court of appeal reversed the decision, holding that the county’s failure to introduce evidence of plans or designs approved prior to the construction of the berm by an employee with discretionary approval authority precluded the county from relying on the design immunity defense.

Likewise, in Castro v. City of Thousand Oaks6, plaintiffs who were hit by a car while crossing a busy street in a crosswalk sued the city seeking compensation for their injuries. Prior to the accident, the crosswalk had been improved to include a pushbutton-activated flashing beacon that warned cars of pedestrians. The appellate court held that the beacon, which was not part of an approved design plan and was added to the intersection years after the original construction in an effort to increase safety, was not entitled to design immunity because “no warning beacon plan or design was approved in advance of the construction or improvement.” Additionally, it was not enough that the city engineer had authorized the placement of the beacon. Although the city’s municipal code granted the city engineer the authority to purchase and install traffic control devices, the court held this did not give him the necessary discretionary authority to approve a plan. Thus, even though the city was adding a safety measure to the design, because the crosswalk warning beacon had not been on any approved plans before its installation, the city could not rely on the design immunity defense to escape liability.

Although direct evidence is often best to establish prior discretionary approval, evidence other than the direct testimony of the individual who approved the project may be sufficient. In Gonzales v. City of Atwater7, a driver struck and killed a pedestrian. The pedestrian’s family sued the driver and the city for wrongful death, claiming against the city that the intersection where the accident occurred was a dangerous condition. The court determined that the driver was not responsible for the accident. Rather, the court found that the intersection’s dangerous condition was the sole cause of the accident and entered judgment against the city for approximately $3.2 million in damages.

The city appealed, and the court of appeal reversed the trial court’s decision. The court of appeal held that the design immunity defense shielded the city from liability, because the city provided evidence at trial to establish that the plans for the intersection had been prepared by a registered civil and traffic engineer and presented to the city council, which approved the plans and authorized a call for bids to build the intersection. The court noted that it was not necessary for the individual who approved the project to testify: “Discretionary approval need not be established with testimony of the individual who approved the project. A former employee may testify to the entity’s ‘discretionary approval custom and practice’ even if the employee was not involved in the approval process at the time the challenged plan was approved.”

In Hampton v. County of San Diego8, the California Supreme Court addressed whether the employee who approves the plans has to be aware of design standards or the fact that the design deviates from approved standards to give the requisite discretionary approval. In Hampton, the plaintiff was seriously injured in a collision between his vehicle and another vehicle that occurred at an intersection in San Diego County. The plaintiff alleged that the accident occurred when he pulled forward into the intersection and was struck by another driver. In addition to the driver’s negligence, the plaintiff alleged that the design and construction of the intersection where the accident occurred did not meet the county’s approved standards for sight-line visibility because a high embankment covered with vegetation substantially impaired visibility. The court held that the public agency was not required to present evidence to show that the individual who approved the design plans was aware of design standards or was aware that the design met or did not meet those standards in order to show prior discretionary approval. Evidence of whether the design at issue met with relevant standards could be considered in the third element — reasonableness of the design — but was not required in order to meet the second element of discretionary approval prior to construction.

The third element — substantial evidence of the reasonableness of the plan or design — is usually obtained through expert testimony. As long as the expert’s testimony is of solid value and reasonably inspires confidence, it shouldn’t matter that the plaintiff presents his or her own expert to contradict the testimony.9

The design immunity defense offers an affirmative defense to liability for claims arising out of approved plans or designs for public construction projects. Your city wants it because it can act as a complete shield to liability. Your city can get it by: