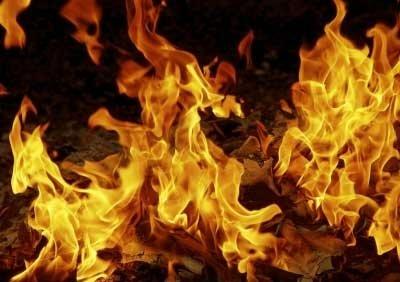 Connie Jackson is city manager of San Bruno and can be reached at CJackson@ci.sanbruno.ca.us.

On the evening of Sept. 9, 2010, the City of San Bruno was forever changed when a natural gas pipeline exploded in the Glenview neighborhood. I was in my office at City Hall when I heard the massive blasts and saw the plume of smoke in the hills. It wasn’t yet clear what had happened, but I knew immediately that our small city’s resources were no match for a disaster of this magnitude. Mobilizing the resources available through California’s mutual aid system proved essential to our response in the days and weeks that followed.

Because San Bruno is located on the San Francisco Peninsula and directly in the flight path of the San Francisco International Airport, first responders from our city initially thought an airplane had crashed. Had that been the case, enough fuel would have burned off to allow fire trucks to get within a block of the fire without cracking their windshields. Instead, a 30-inch natural gas pipeline had exploded, knocking out a city water line and igniting a fireball with 2,000-degree flames that shot more than 100 feet into the sky and sent residents running for their lives.

Our Fire Department’s request for assistance progressed up the alarm protocol, and eventually the calls for fire mutual aid reached six alarms and exhausted the capacity of San Mateo County resources. Through the California Mutual Aid System, the equivalent of an additional four alarms dispatched fire apparatus and personnel from three more Bay Area counties.

At the same time, the city’s law enforcement mutual aid request reached a Phase III Tactical Alert with Code 3 response — a call for every available law enforcement employee in San Mateo County to respond and assist with the immense tactical operations and evacuation of more than 1,000 residences in adjacent neighborhoods.

The battle against the inferno involved more than 400 first responders. Supplementing the California Mutual Aid System, residents from the area drove their neighbors to nearby hospitals so that emergency crews could attend to the more severely burned individuals and focus on preventing the loss of additional lives.

As the blaze spread rapidly into the adjoining open space, air-strike teams from CAL Fire dropped retardant to prevent the fire from engulfing the canyon and neighborhoods on the opposite side. Staff from the California Emergency Management Agency soon arrived to assist operations and provide emergency management advice. The Incident Command Center that housed public information services, logistics and other support service personnel grew to include several mobile command vehicles and covered the street and adjacent parking lots.

Fortunately for San Bruno, mutual aid was immediate and far-reaching. Within four hours, mutual aid from 42 fire agencies throughout the Bay Area placed 85 pieces of fire-fighting apparatus on the scene along with 200 law enforcement officers from the region and the California Highway Patrol.

Those of us already at City Hall immediately activated the Emergency Operations Center (EOC) located in the basement. San Mateo County also activated its EOC to support emergency medical transport and other operations. Both EOCs provided critical support to field operations and displaced residents for weeks to come.

City personnel from all departments reported and rapidly staffed all of the functions outlined in our Emergency Operations Plan. Personnel from nearby cities, the Red Cross and other agencies throughout San Mateo County flooded in during the night to help. The city EOC, already outfitted for a disaster but used previously only for periodic exercises, became the hub of the coordinated response. That night, residents found refuge in an overnight emergency evacuation center erected by city staff at our recreation facility. By the next morning, a Local Assistance Center and a 24-hour public information hotline were operating, staffed by city personnel and mutual aid responders on rotating 12-hour shifts.

Because of its intensity, the fire’s impact on the Glenview neighborhood was not immediately apparent. As the sun rose the next morning, first responders began cleanup in an area that was now unrecognizable. Ultimately the fire took eight lives, burned and injured 66 people and consumed a total of 35 homes. More than 25 other homes had moderate to serious damage. Preliminary estimates placed the total cost of the neighborhood damage at more than $55 million.

As the initial recovery progressed, assistance from other cities and agencies continued to play a central role. Building inspectors from throughout the region helped inspect more than 350 homes by the end of the second day. The next morning, they escorted residents back to the homes that were habitable. For more than a week, media attention from around the world focused on San Bruno. During this time, the advice and 24-hour assistance of responding public information specialists was critical not only to our ability to manage this attention, but also to protect the privacy of our residents and keep them informed about their homes and neighborhood.

Like most California cities, San Bruno has endured several years of significant budget reductions. As a budget-balancing strategy, the city has implemented shared police and fire services initiatives with neighboring cities. But even before these steps were taken, the city’s budget never included a fraction of the resources needed for the fire suppression, law enforcement, investigation, damage assessment and other recovery functions for an incident of this magnitude.

The mutual aid provided by numerous local agencies and the State of California was essential to San Bruno’s response and recovery efforts. The success of the mutual aid response in the wake of the Glenview fire clearly demonstrates the importance of local governments maintaining a strong system to ensure capable and competent response and services when residents need them most.