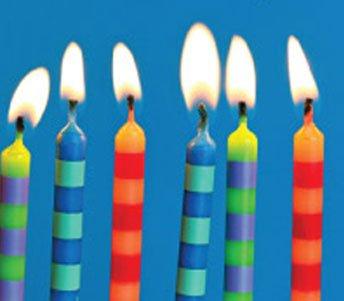 This year marks a milestone for the League and California cities as the Helen Putnam Award for Excellence program turns 30. It’s not too late to submit your city for consideration in 2012.

Applications are due April 12. Entries must be submitted online at www.HelenPutnam.org and will be judged by volunteer juries composed of city officials.

The juries judge each entry on:

Sponsored by the League Partners, the Helen Putnam Award for Excellence program recognizes how cities creatively address local challenges. Winning entries demonstrate innovation, resourcefulness, efficiency and enhanced public trust and support. In the past three decades, the program has recognized hundreds of cities for programs addressing a wide array of issues. Winning projects serve as an inspiration to all cities and as a model that can often be easily replicated.

The League announces the winners during the opening General Session of its annual conference in September. The honorees are also given a booth in the Expo Hall’s Partners Village where conference attendees can learn firsthand from the people responsible for each project. After the conference, the award winners are further recognized at the local level by their city councils, regional groups and the news media. Throughout the year, the winning projects are featured in Western City magazine.

Established by the League board of directors in 1982, the award program was created in memory of Helen Putnam, the League’s first female president. Putnam also served as the mayor of Petaluma and on the Sonoma County Board of Supervisors. She believed that meeting one’s potential was the measure of success and always encouraged others to strive for excellence.

When the award program was launched, just one award was presented. The City of Davis won the first award in 1982 for three programs creating improved efficiencies. Five individual categories were added in 1986. The categories expanded to eight in 1992, and today there are 11 categories.

It’s not too late to submit one of your city’s noteworthy programs for recognition. Applications must include a narrative of 1,500 words or less that addresses the challenge that inspired the program, the solution identified and results. To learn about past winners and submit your city’s entry, visit www.HelenPutnam.org.

In addition, the President’s Advocacy Award honors a person or program that best advocates for one of the League’s annual strategic goals.