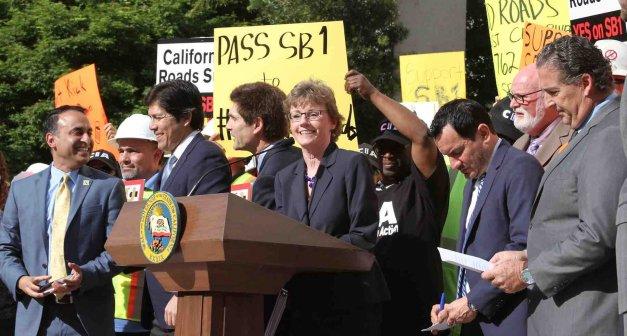 Approximately 1,800 California city officials will gather in Sacramento, Sept. 13–15, for the League of California Cities 2017 Annual Conference & Expo. Because this is my first conference as your executive director, I’m especially excited about the program and the opportunity to celebrate with you the progress we have accomplished together this year.

Besides a great lineup of workshops and speakers at the conference, you won’t want to miss the Expo, where you’ll find vendors who stand ready to discuss new and innovative solutions for your city.

In addition to a strong program of workshops and general sessions for attendees, the annual conference also provides an opportunity to recognize what the League has accomplished this year for California cities. As city officials prepare to attend the conference and learn about our accomplishments, this annual event also serves to remind us why we came together in the first place. I’m sure you will agree that those reasons are as relevant today as they were then.

In 1898, the Santa Clara city clerk received a letter of inquiry from the Alameda city clerk asking about experience with a “road roller” (the original steam roller) and for information about city population and city official names. The Santa Clara city clerk responded, and together the two city clerks decided that California needed an organization of municipalities that could maintain information on road rollers and other matters of interest. Thirteen cities sent delegates to San Francisco on Dec. 14, 1898, for an initial meeting that included a discussion about legislation affecting cities that the 1899 Legislature would introduce. The California League of Municipalities was born.

“The Best and Most Effective League”

In 1912, the National Municipal League, a citizen’s reform group, selected the California League of Municipalities as “the best and most effective league” constituting “the highest development of such organizations yet seen in the United States.”

Nearly 120 years after that first meeting in San Francisco, that organization — now the League of California Cities — continues to be “the best and most effective.” Since 1898, it has grown from 13 member cities to 475 in 2017 and is still the place where city officials can get information on the “road rollers” and vehicles of tomorrow and use their collective voices to protect local authority in legislation affecting cities.

The reasons those two city clerks came together in 1898 to establish the League remain relevant: to protect local control and to learn from each other. Today, California city leaders are seizing opportunities to lead their communities into the future with new technologies and changing economies. At the same time, they are facing head-on the daunting challenges that threaten the well-being of their communities, from rising pension and health-care costs to aging infrastructure, homelessness, lack of safe and decent affordable housing, a shrinking tax base and growing income inequality.

City leaders are also facing a broken intergovernmental system marked by states and the federal government too often pre-empting — or threatening to pre-empt — local government decision-making and handing down unfunded mandates to the level of government closest to the people.

Yet, despite the challenges, local leaders and their communities press forward, and — with your advocacy on League priorities this year — we’re making a difference in the state Capitol. Unlike the gridlock that has paralyzed the legislative process in the nation’s Capitol, in California we’ve seen a wide variety of legislative debates this year on issues that matter to cities. And that means the League and city officials have been vigilant in our efforts to protect and expand local authority and to make sure the state Legislature does what’s best for California communities.

2. Develop Realistic Responses to the Homelessness Crisis. Increase state and federal funding and support to provide additional shelter and services to California’s homeless individuals, and advance the recommendations of the joint California State Association of Counties-League Homelessness Task Force.

While a few weeks remain in the legislative session, with city officials and the League working together, we’re making progress on all four goals and have achieved legislative victories. 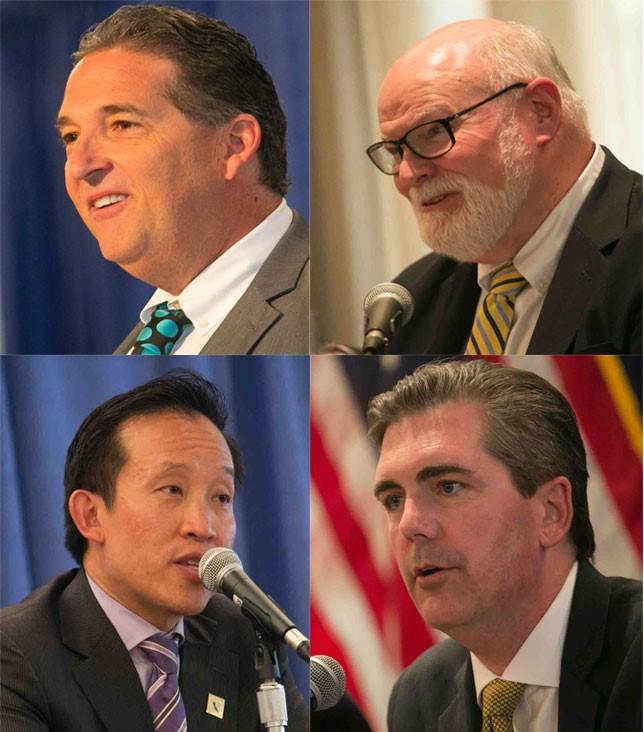 Highlights of Our Progress in 2017

In April, working in partnership with the Fix Our Roads coalition, we secured passage of the Road Repair and Accountability Act, a $52 billion transportation bill that doubles the funding cities receive to maintain local streets and roads. In addition to getting the bill passed, the League is also preparing to lead efforts that will protect these dollars from being redirected to other purposes by the state.

In June, after months of negotiations, the League and the California Police Chiefs Association successfully fought back efforts to diminish local authority in cannabis regulation.

In collaboration with the California Contract Cities Association, in June we also protected cities from legislation that amounted, in effect, to a ban on local authority to contract out for services.

Throughout the legislative session, the League and city officials have been relentless advocates for additional tools to improve the affordability of housing and to advance realistic responses to the homelessness crisis. The joint California State Association of Counties-League Homelessness Task Force has been hard at work developing recommendations to help local governments address the homelessness challenge. Meanwhile, the League’s lobbyists continue to make the legislative case for the Blueprint for More Housing legislation: SB 540 (Roth), Workforce Housing Opportunity Zone; SB 2 (Atkins), the Building Homes and Jobs Act; and SB 3 (Beall), the Affordable Housing Bond Act of 2018. This legislation would create a path for — and streamline the process to accelerate — more new affordable housing construction statewide.

Besides action in the legislative arena, the League has also helped score important victories protecting local authority in the California court system through its legal advocacy program. So far this year, the League has submitted 20 amicus (friend-of-the-court) briefs or letters in cases affecting local authority, and the courts have issued rulings favorable to cities in 14 cases in which the League participated as amicus.

Certainly, California cities have had victories in the state Legislature in 2017, but there’s more to do. Since 1898, we have been coming together as the League to protect local authority and to create opportunities for city officials to learn from each other. We will have another chance to do this at the annual conference. I look forward to hearing from you about the ways your city is meeting the challenges before us and to continuing our work together.

Photo credit: Courtesy of the League of California Cities (all photos)