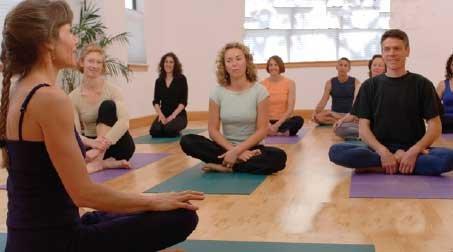 Challenging the IRS on the Status of Independent Contractors

A. Patrick Muñoz is a partner with the law firm of Rutan & Tucker and serves as city attorney for the cities of Dana Point and Twentynine Palms. Muñoz can be reached at pmunoz@rutan.com.

After a routine audit, the Internal Revenue Service (IRS) determined that the City of Dana Point’s recreation class instructors were improperly classified as independent contractors and should have been classified as employees for federal employment tax purposes. The city has appealed this decision by filing a petition in the U.S. Tax Court (City of Dana Point v. Commissioner of Internal Revenue, U.S. Tax Court Docket No. 3457-10). It appears that the IRS intends to aggressively take this position with other public agencies that provide recreation classes. This article explores the significant ramifications of the IRS’s actions and suggests possible strategies.

Dana Point is a general-law city located in south Orange County, with a population of approximately 36,000. Like many California municipalities, Dana Point has a limited number of employees and contracts for many of its core services, such as police, fire, animal control and road maintenance. It has 60 full-time employees and about 20 part-time employees.

Dana Point challenged the IRS over its determination that recreation class instructors should be classified as employees because of the significant impacts that result from the IRS’ position. The city’s primary concerns are the unacceptable political consequences of nearly doubling its work force by hiring 40 new employees and the cost of treating the individuals in question as employees — estimated at more than $60,000 per year. This cost estimate is based on known factors, such as workers’ compensation premiums, payroll taxes and pension contributions, as well as best estimates related to additional staff time for supervision and payroll processing. The estimate does not capture the cost of time spent by “employees” developing their class curriculum or the costs that the city would incur by purchasing supplies and equipment.

Other agencies would face similar impacts if forced to convert independent contractors to employees. Indeed, one city in Southern California that was recently faced with the same issue made a policy decision to simply stop offering recreation classes that could not be covered by existing, limited staffing. This result is obviously not desirable, but perhaps inevitable should the IRS continue to aggressively pursue its position in California. This is particularly disturbing because many residents served by local recreation classes are people who are most in need of low-cost recreational opportunities.

In determining whether an individual should be classified as an employee or an independent contractor, the IRS (and the court, in the event of a legal challenge) looks at the following three main factors.

In addition, the IRS has identified 20 other factors to consider on a case-by-case basis to determine whether a business’s control results in an employer-employee relationship or if an independent contractor relationship exists.1 It’s important to note that not all factors must be present to find that an employer-employee relationship exists, nor does any one factor carry more weight than another. Instead, the factors are simply guides to use in assessing whether an individual is an employee or an independent contractor.2

The City of Dana Point believes that the following facts, which apply a number of the 20 factors and are nearly uniform throughout the industry, should have resulted in a determination that its recreation class instructors are independent contractors.

Most of these factors are easily met, as Dana Point has always treated its recreation class instructors as independent contractors, has filed all tax forms in a manner consistent with this treatment and treats all people in substantially similar positions as independent contractors. The more work-intensive task facing the city is its effort to demonstrate the existence of a long-standing practice by agencies throughout California of treating instructors as independent contractors. The city has conducted an informal survey that suggests more than 90 percent of cities and other government entities that provide recreation classes to the public do so in a manner quite similar to Dana Point’s. As part of its ongoing litigation with the IRS, the city plans to hire an expert witness who will conduct a statewide, statistically valid survey for this purpose. When the survey is complete, the city will make this information available to the League so it may be shared with all interested agencies.

As the Dana Point case proceeds through tax court, it appears that the IRS is moving forward with audits of other agencies and is continuing to take the same position with them related to classification of recreation class instructors as employees. As this occurs, each agency must assess its own unique factual circumstances in deciding how to respond. All agencies will benefit by taking a united approach — to the degree appropriate based on each agency’s unique facts — of continuing to challenge the IRS on this issue. Most significantly, this approach will provide the ability for all agencies to continue to assert safe harbor relief under section 530, without regard to whether instructors qualify as independent contractors in the first place.