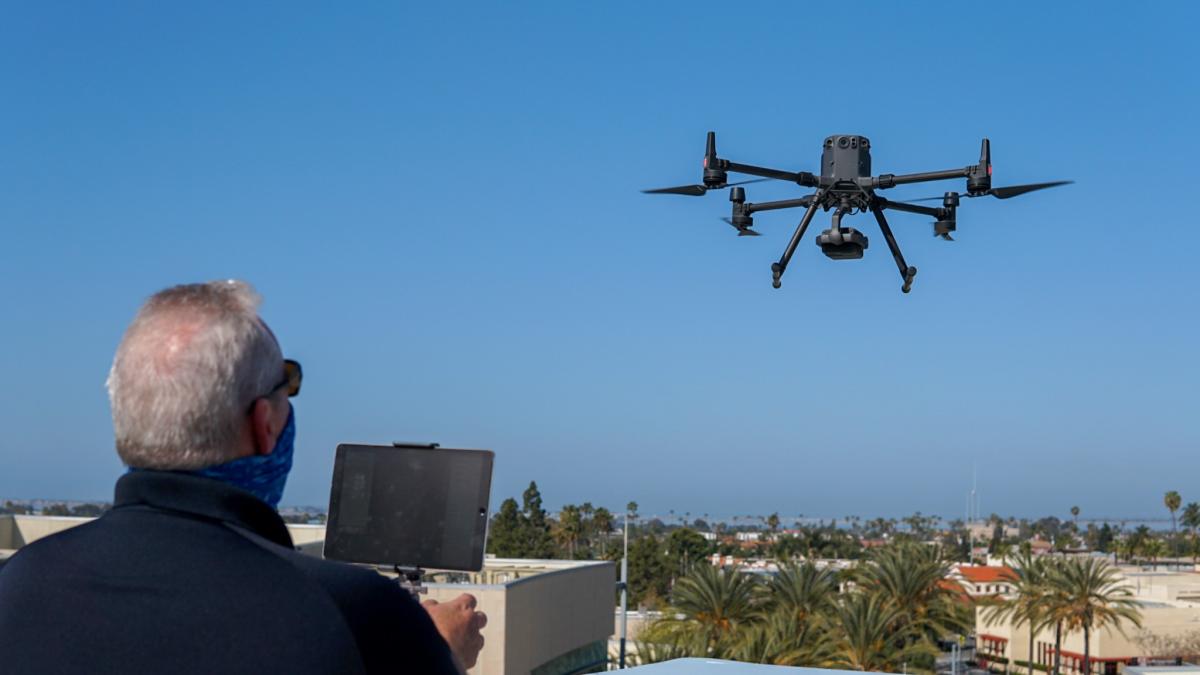 Don Redmond is a captain at the Chula Vista Police Department; he can be reached at (619) 691-5218 or dredmond@chulavistapd.org.

In the wake of tragedies throughout the nation involving police officers, communities are asking for police reform and better de-escalation tools and training. The Chula Vista Police Department, serving a population of 270,000 in San Diego County, responded in part by developing an innovative drone program that can respond to emergencies and provide officers with the information needed to de-escalate situations.

Since its inception three years ago, the city’s Drone as First Responder program has garnered national attention as the first of its kind in the world. Designed to respond to 911 calls and other reports of emergency incidents — crimes in progress, fires, traffic accidents, and reports of dangerous subjects — the drone has become an integral part of Chula Vista’s community policing strategy.

Unlike traditional unmanned aerial systems, Chula Vista’s drone program is proactive rather than reactive. Instead of launching a drone after an officer is already on the scene, the program stations drones at permanent locations throughout the city. There, they can respond immediately to emergencies as soon as they happen.

The drone has a powerful onboard camera that streams HD video back to the department’s real-time operation center where the teleoperator, who is a trained critical incident manager, controls the drone remotely and gives units in the field information and tactical intelligence before they arrive on scene. The system also streams the video feed to the cellphones of the first responders, supervisors, and command staff so they too can see exactly what the drone is seeing. This gives first responders real-time information and even “eyes on the scene,” which has proven to be a powerful de-escalation tool. 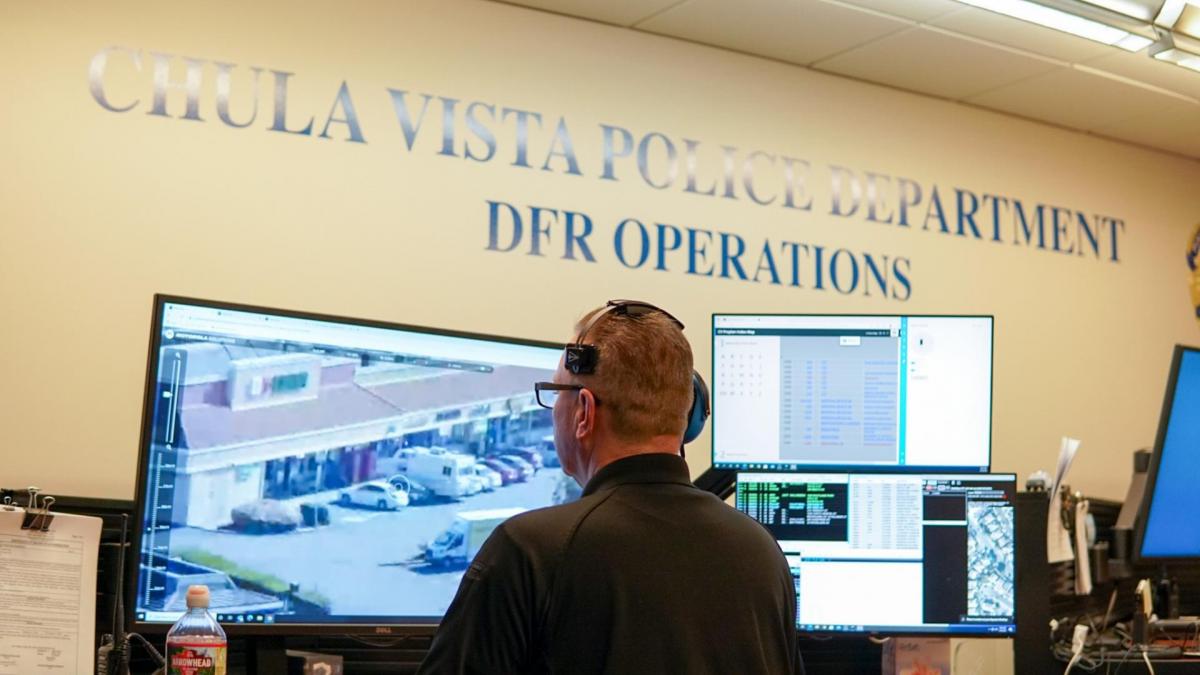 Chula Vista Police Chief Roxana Kennedy, who oversaw the program’s launch, describes the program’s impact on the community, as well as the police: “As a chief of police, my primary concerns are the safety of the public and the safety of my officers. Since 2018, the Drone as First Responder program has made an incredible difference in how we respond to emergency calls for service. It allows officers to see what is happening at a scene, including what risk may or may not exist before they turn the corner and are put into a dangerous situation. It makes our officers, our citizens, and even the subjects we encounter, safer.”

One such incident involved a man waving around a “gun” in front of a taco shop. Within minutes the drone was overhead, live-streaming video back to responding officers. Officers watching the video observed the individual move the gun towards a cigarette in his mouth and use the “gun” to light the cigarette. Officers immediately recognized the individual was holding a lighter and not an actual gun, thus avoiding a potentially violent confrontation.

“In my opinion,” Chief Kennedy noted, “Drones are immensely important to the future of public safety and are a critical lifesaving tool…I can’t imagine our operations without them.”

Drone as First Responder — by the numbers

To achieve public transparency, the Chula Vista Police Department uses drone detection software to track all flights, which is publicly available on the department’s website. In three years of operations, the Drone as First Responder has responded to over 8,400 separate incidents, assisted in over 950 arrests, and serves the residents of Chula Vista by reducing response times and increasing safety. The primary incidents that DFR has been utilized are responding to a person causing a disturbance (26.87%), domestic violence (13.6%), and traffic collisions (12.14%). 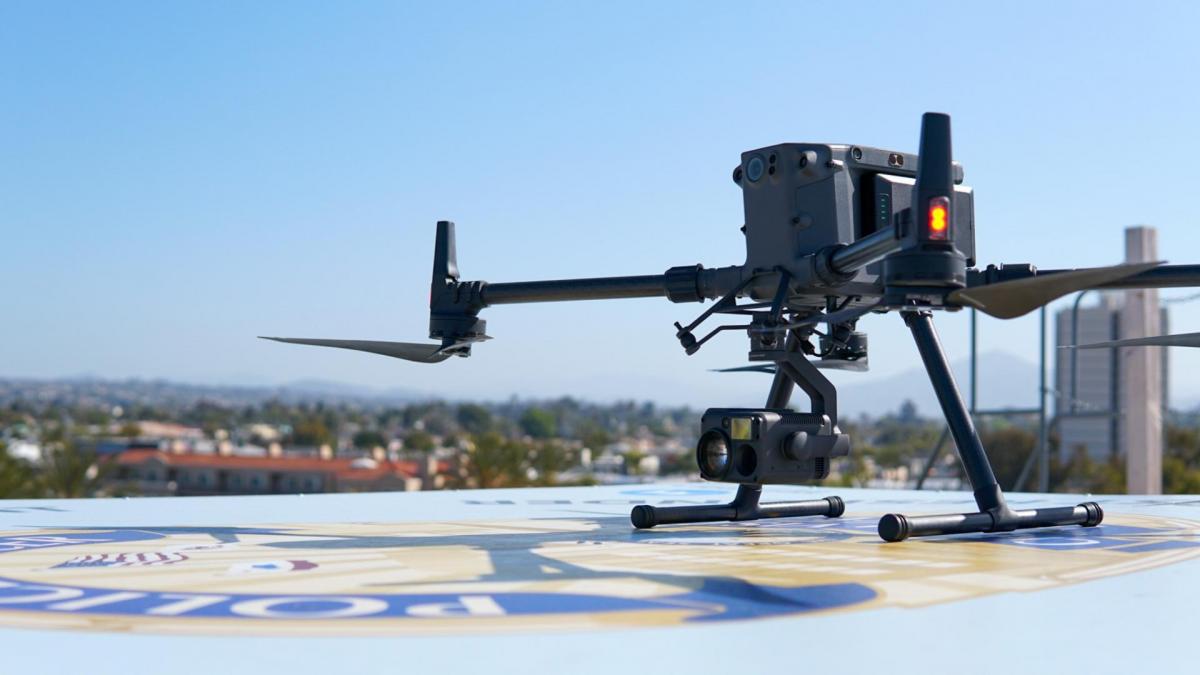 Chula Vista City Manager Maria Kachadoorian states, “As the city manager for the city of Chula Vista, I fully support the Police Department’s First Responder Drone program. It has proven to be an effective tool that makes responding to calls safer for the officers and the general public. Any organization that wants to utilize technology to assist in responding to public safety calls should be looking at what we are doing here in Chula Vista.”

Having an officer overhead during an emergency in less than four minutes, providing information and updates to responding officers, is an important aspect in improving service, reducing crime, and providing critical information for enhanced decision-making capabilities. The drone has assisted in hundreds of arrests and the captured footage can be used during the criminal court process for improved conviction rates.

Perhaps most surprising is the teleoperator can respond and clear almost 25% of the calls without dispatching ground units, thereby keeping key ground resources available and reducing operating costs. Most agencies require a minimum of a two-officer response involving priority 1 or 2 calls, making the drone responder program a force-multiplier.

The department had to be very creative in identifying funding for the program. In the beginning, light-duty officers unable to work in the field were used as pilots. The drone software was modest in price and the drones were purchased from the generosity of the Chula Vista Police Foundation. Over the first two years, the program was funded through salary savings and an asset seizure fund; however, this strategy did not provide for the long-term stability of the program.

In March 2021, recognizing the benefits and success of the program, the city council unanimously approved a $1.5 million annual allocation to the Drone as First Responder program. The funding allowed for two police officers to be teleoperators, a police sergeant to oversee the program, a police lieutenant, and required roof-top staffing of drone pilots at each launch location.

Chula Vista Mayor Mary Salas states, “I am extremely excited and proud of the accomplishments of our Police Department. The Drone as First Responder program provides a transformational method of policing, increasing officer and community safety and reducing response times.”

While still in its inception, the concept can eventually be considered for all-hazards response and integrated into local government operations as a shared asset to save costs. The costs are largely fixed once it is up and running. Police, fire, and other first responders are often assigned to the same incidents and could use the same resource to share live video and coordinate responses. Once the launch points and teleoperator are staffed, the cost to expand the drone program from police operations to all-hazards operations is negligible, bringing cost-saving economies of scale to Chula Vista or other local governments considering a similar program.