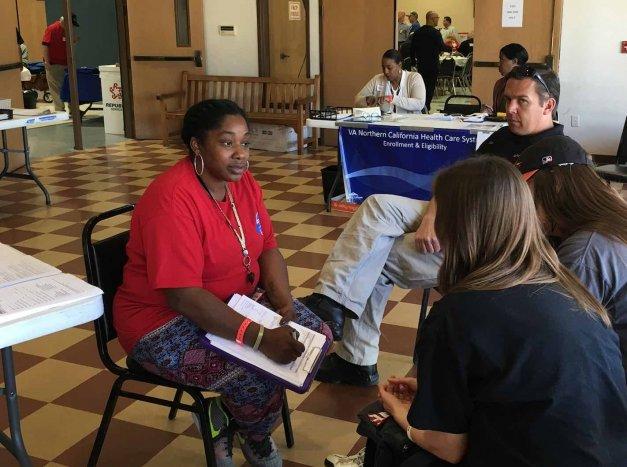 Cities nationwide are grappling with how to positively impact homelessness in their communities. Given that most programs are tailored to urban communities’ needs, how does a suburban community geographically separated from available resources provide services with limited funding? The City of Citrus Heights (pop. 87,013), located in Sacramento County on I-80 northeast of Sacramento, faced this issue in 2015. “Homelessness was a growing concern for our residents and businesses alike. We knew we needed to take action,” says Mayor Jeff Slowey.

To assess the extent of the problem, the city’s Police Department conducted a survey of the homeless community and found that most of those queried wanted to stay in Citrus Heights even though most homeless resources were not available within the city limits. In the 2015 survey, officers found that 54 percent of homeless individuals in the city had ties to the community, citing such factors as “I grew up here” or “My daughter lives here.” Following the Great Recession, homelessness-related services provided locally were reduced or eliminated; for example, a Sacramento County Department of Health and Human Services local satellite office closed. Resources such as the state Department of Motor Vehicles and respite mental health providers lack presence within the city limits as well.

Through the city’s partnership with Citrus Heights Homeless Assistance Resource Team (HART), a local volunteer-run nonprofit organization, the need for a case manager or “navigator” for the local homeless population became apparent. Other communities use the navigator model to facilitate enrollment in the U.S. Department of Housing and Urban Development (HUD)-coordinated entry wait-list and ranking system for available housing. The city’s Police Department also expressed a need to partner with experts in homelessness resources, similar to its arrangements with both child protective and domestic violence services. Police officers, who are typically the primary contact with homeless individuals, expressed a desire to provide information and resources but lacked the expertise to do so, and it is not their primary job function.

HART applied to the city for funding to launch a pilot Navigator Program in partnership with another local nonprofit, Sacramento Self-Help Housing, whose staff would implement the effort. Citrus Heights awarded the funds, and the cooperative work began.

“From the start, this was a collaborative effort,” says City Manager Christopher Boyd. “Members of our Police Department, business improvement district and nonprofits joined residents to have a positive, constructive conversation about this issue. It’s not solely an effort of the city, the Police Department or our churches — it’s a true partnership.” 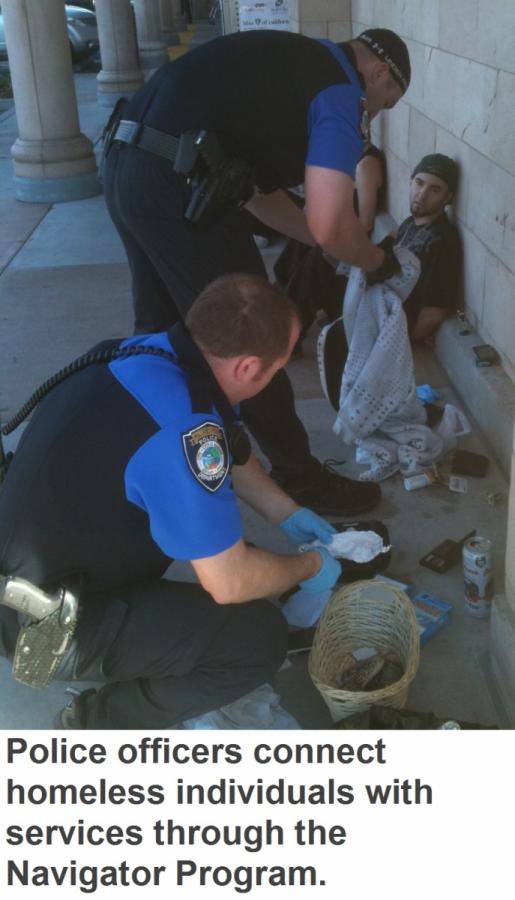 When Citrus Heights started the Navigator Program, the city and its partners wanted to holistically address participants’ barriers to housing and include services beyond HUD-coordinated entry enrollment. In addition to a lack of affordable housing, homeless individuals face systemic barriers such as having no phone with which to schedule appointments, a poor rental history and inadequate transportation. The city expanded the Navigator Program’s role to include all actions that would facilitate removing barriers to housing. This comprehensive approach means all Navigator Program actions focus on helping an individual become as stable as possible and obtain the resources with which to access available opportunities.

“Yes, we enroll people in housing, but services can also include helping someone get an ID, enrolling them in mental health services or helping them get general assistance. There’s no ‘silver bullet’ to solving homelessness — it’s a challenge and everyone’s situation is different — but our navigator examines each person’s issues to best determine the underlying cause of their homelessness and work on that,” says Mayor Slowey.

The city worked closely with HART and Sacramento Self-Help Housing to conduct this pilot program, and because of its success it grew into a full-time program in fiscal year 2016–17. Due to its comprehensive approach to client service, the program to date has experienced a success rate of 52 percent, with 56 participants accessing either temporary or permanent housing. Of those, 27 were permanently housed in a variety of housing options available countywide. Clients also received motel vouchers while permanent housing options were being processed, and others participated in the new temporary Winter Sanctuary program operated by HART.

Much of the Navigator Program’s success can be attributed to the robust partnership between Citrus Heights HART and the program. The Navigator Program staff and more than 30 residents, business owners and representatives of nonprofit and faith-based organizations interact at HART meetings on a monthly basis, sharing resources, tips and client referrals. Although these nonprofits may not have a physical presence in the city, these working relationships have been essential to the program’s success. City staff, in partnership with the Navigator Program staff, have made presentations to the local chamber of commerce, Rotary service club and business improvement district members to spread the word about the grassroots program. The community makes donations in the form of gift cards, prepaid phones and cash with which to purchase bus passes, motel vouchers and pet supplies.

The city has recently expanded the program’s reach to cooperatively partner with Volunteers of America in providing referrals and orientation within the city limits for HUD’s Emergency Solutions Grants Rapid Rehousing Program. More than 12 individuals have been housed through this collaborative partnership in a matter of months.

While the city is experiencing positive results in terms of individuals being housed, the Police Department is also experiencing the program’s effects. “This program has brought positive and measurable results to our city. In 2016, homelessness-related calls for service to our department represented as much as 35 percent of our total calls. In 2017, this dropped to 22 percent,” says Police Chief Ron Lawrence. And because the city was able to show a proactive response to homelessness, Sacramento County Department of Human Assistance now provides a part-time mental health counselor to work with the Navigator Program and Police Department for 30 hours per week in FY 2017–18, which is significant because many of the city’s homeless individuals experience mental health issues.

The problem of homelessness has no single solution and knows no boundaries, but the City of Citrus Heights has found a way to tackle the issue through strong community partnerships and a network of resources. Although some of these resources may not be available within the city limits, this program demonstrates that connections can be made through a network of individuals dedicated to positively impacting their community.

Photo credit: Courtesy of the City of Citrus Heights and the League of California Cities.

This article appears in the January 2018 issue of Western City
Did you like what you read here? Subscribe to Western City