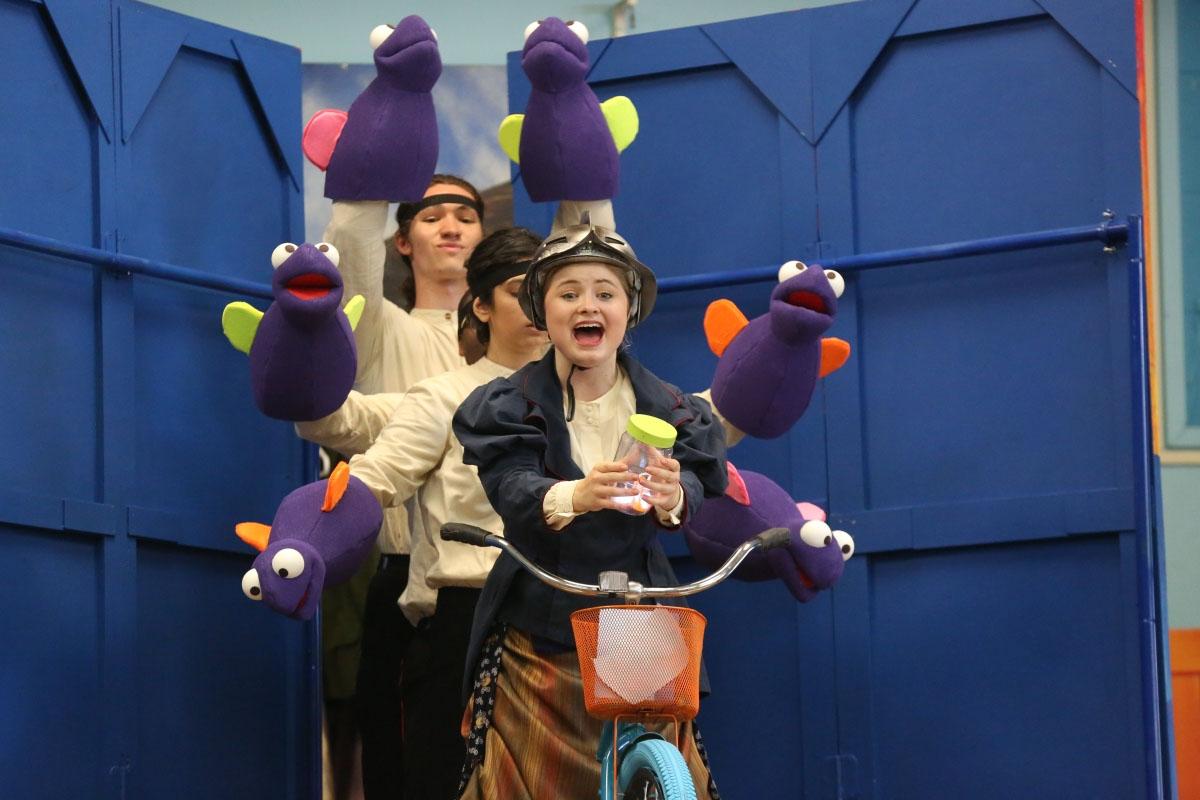 The city of Davis won the 2020 Helen Putnam Award for Economic Development through the Arts. For more information about the award program, visit www.helenputnam.org.

The city of Davis set out to find an innovative way to address its long-term environmental, public health, and safety goals by educating and engaging young Davis residents through its Safe Routes to School program. Although a BMX stunt show had grabbed kids’ attention, city leaders were concerned that the stunts did not provide the most accurate safety message. Regional children’s theater companies appeared effective but were costly, and the environmental impact of a touring company driving to Davis stood in stark contrast to the program’s environmental stewardship message.

Looking to do something different, the city set its sights on sourcing local, original creative content that used safety messaging to promote the city’s environmental and public health goals. It needed to be cost-effective, dynamic, and supportive of an arts renaissance in the community.

In 2018, the city commissioned the Bike City Theatre Company (BCTC) to create an original theatre piece for young audiences that promoted biking. A team of young theatre professionals wrote an original musical that created a memorable and engaging educational experience for students. 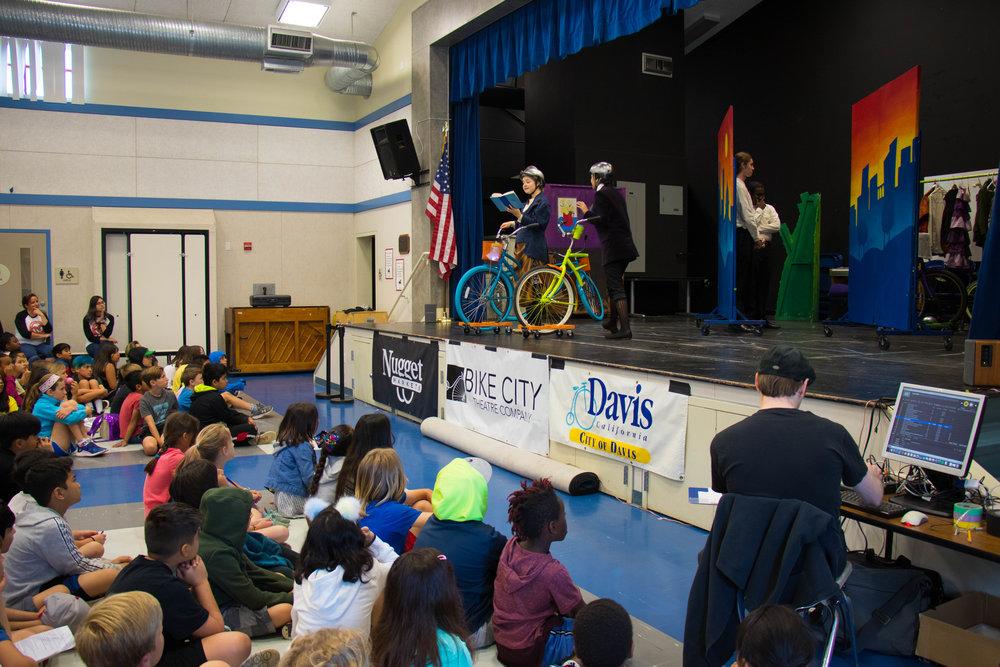 The city chose BCTC because it showed promise as an emerging local theatre company and because it was a unique opportunity to help a budding organization root itself within the community. The city leveraged existing grant funding and provided $10,000 for the production which seamlessly wove important messaging into something so fun, that kids did not even realize they were learning.

The original, in-school educational content for the Davis Joint Unified School District elementary schools was called Light the Way: A Bicycle Safety Musical. The production emerged as entertaining historical fiction inspired by the true story of Annie Londonderry who, in 1895, was the first woman to ride around the world on a bicycle. (Fun fact: Annie actually toured through California’s Central Valley!)

In the musical, Annie travels from the United States to London, Spain, Saigon, and Japan; trying to outrun two misguided villains, while befriending historic figures and learning about the ABCs of bike safety, helmets, lights, and more. BCTC’s programming is geared for first through sixth- graders, uses Spanish language content, and is supplemented with musical numbers.

The theatre company also created a website with historical and social context, images, and suggested reading across grade levels. The content is intended to help educators extend the messaging into the classroom and support educational standards in arts and other academic disciplines.

The school-wide assemblies address important equity issues in the Davis community by providing the same content to all students and supporting scaffolded learning for students who may not be entirely proficient in English language skills.

“The partnership between the city of Davis and Bike City Theatre Company led to more than just an economic boost in the local arts scene,” said BCTC founder J.R. Yancher. “Through fiscal support of local theatre artists, the show’s success has led to expanded tours of cities throughout adjoining county schools, all in partnership with the local Safe Routes to School programs. The initial support by the city has given our company the ability to share important safety messages with thousands of students for years to come.” 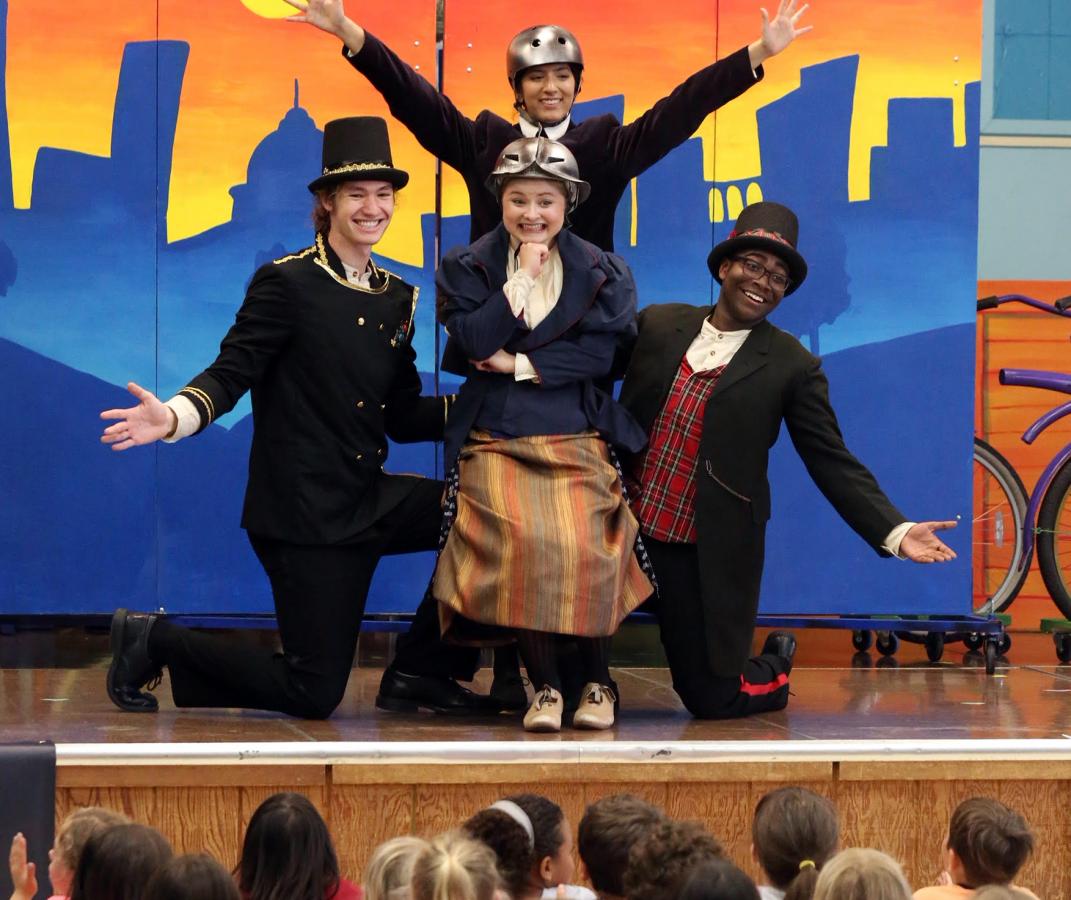 The city’s seed funding has had a domino effect on BCTC’s capacity. The production’s success led to district funding of more than $10,000 for the development of a pilot project to adapt a bilingual version of a Pam Munoz Ryan novel for young performers.

BCTC also developed a collaborative relationship with the University of California, Davis Theatre Department to recruit and hire students as paid performers and interns. In all, 29 young theatre professionals have gained experience in acting, costuming, writing, stage and theatre management, sound and light production, marketing, videography and photography, and other creative talents. The rare opportunity gives aspiring artists the chance to gain valuable real-world experience and marketable career skills prior to graduation.

The success of the program has encouraged recent graduates to consider planting roots in Davis, growing the city’s local creative economy in a way that positively impacts the entire community. The project also helped to cultivate support from the community, including event underwriting from local businesses, and access to space for planning and rehearsals.

The city’s efforts have enhanced cultural offerings and improved the quality of life for all Davis residents and community members. This innovative approach to bolstering the local economy through investment in the arts is affirmed by the growing interest and support of the University, local counties, the school district, and local businesses and community members. All of this supports the idea that an investment in the arts delivers positive returns for the community.