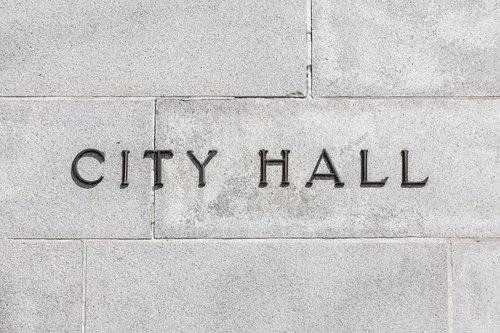 City Managers: The Next Generation — A Look at MPA and MPP Programs in California

Teaching something as complex as city management presents a challenge. It’s not only public finance and organizational behavior, it’s also a delicate balance of practical skills, political savvy, on-the-job experience and service. Many top-tier institutions in California are geared to instill the basics, but debate continues about how and what to teach aspiring city managers. Should we acknowledge that not every student will eventually step into the role of city manager? What is the best way to identify potential and nurture it? Can good city management be taught?

Six additional programs in California landed on the list of the country’s best 100 MPA schools. By order of ranking they are:

But even the top student from the top program will be sorely disappointed if he or she hopes to earn an MPA and step into a role as city manager the next day. The best way to get a foot in the door is to be highly capable at a practical skill. But as one moves up toward the city manager’s seat, the necessary skill set shifts from the immediately applicable to the more conceptual.

In 2013, the Network of Schools of Public Affairs and Administration (NASPAA), in association with the International City/County Management Association (ICMA) Advisory Board on Graduate Education, proposed three levels of learning that should be completed by anyone aspiring to a career in local government administration:

The proposal also recommends that every student move through the levels of competencies in the following areas of study:

A study conducted by NASPAA found that one-sixth of the individuals who received their MPA in 2011 were working in local government six months later. This is due in part to the fact that MPA and MPP programs generally don’t focus on local government; instead, they emphasize governance at the state and federal levels. Given that California has nearly 500 cities, it seems counterintuitive for programs to maintain so much focus on state and federal leadership.

“My only criticism of graduate programs is that so little attention is placed on local government,” says Michael Rock, city manager of Lomita, who received his Master of Public Policy and Administration (MPPA) degree from California State University, Sacramento. “Most of the courses are geared toward state and federal government and policy.”

Given the long path that city managers travel, one would be hard pressed to find a manager who doesn’t credit at least one mentor for guidance along the way. Most discover mentorship through formal education, internships, and other programs, such as the California City Management Foundation’s New & Future City Manager Seminar.

“It wasn’t until I was about 25 years into my career that I started thinking about the city manager position,” said Jeff Collier, city manager of Whittier. “I attended the New & Future City Manager Seminar and started immersing myself in what it would mean to make the transition.”

Steve Harding is a member of the ICMA Advisory Board for Graduate Education and the Local Government Management Committee of NASPAA and is an adjunct professor at four universities. He estimates that roughly 90 percent of instructors teaching in MPA programs today have never been city managers. “Working professionals can balance the text book with war stories,” says Harding, “giving students real-life examples of how the material is applicable to a position of leadership.”

Harding also noted that city managers who teach are perfectly positioned to spot rising talent. Top students are encouraged to take on internships and are often hired for their first jobs as a result of the relationship built with the city manager.

Bruce Channing, city manager of Laguna Hills, was fortunate to have just this kind of experience as an undergraduate at UC Santa Barbara, where he interned for three months with the Santa Barbara Community Services Department. “I learned a tremendous amount during that initial internship,” says Channing. “The experience solidified my interest in pursuing a career in city management and simultaneously confirmed my belief that a Master of Public Administration degree was critically important.”

Channing’s positive experience at such an early stage in his education is uncommon. Typically it’s not until graduate school that the rubber really hits the road and aspiring city managers engage in the process of learning their professional skills.

Opportunities for the Future

And that’s where city managers come in. Good city management can be taught — but not in classrooms alone, and not by people who have never held the job. Aspiring city managers need our collective wisdom.

As part of CCMF’s ongoing mission to support and encourage excellence in city management, we strongly encourage city managers to support their city’s internship program and to consider teaching a class or two after retirement, if not before.

However we find them, and wherever they may be today, we look forward to meeting the young leaders who might someday fill our shoes.

[2] Total cost was calculated by multiplying cost per unit by number of units required for the degree.

[3] MPPA is a Master of Public Policy and Administration

[4] MSPA is a Master of Science in Public Administration