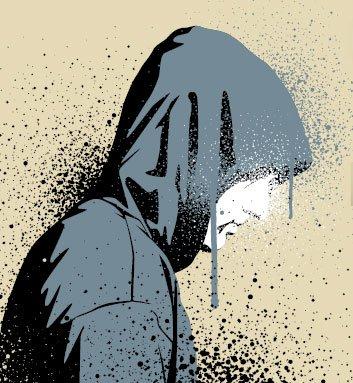 Civil Gang Injunctions: What Can They Do for Your City?

Civil gang injunctions are public nuisance actions that city attorneys or district attorneys bring in civil court to curb and disrupt gang-related criminal and noncriminal activities. Cities seek gang injunctions to intervene in, prevent and suppress gang activity in an affected neighborhood. Typically, gang injunctions not only prohibit already illegal activities but also impose restrictions on behavior of gang members that could lead to criminal acts, such as displaying gang colors or symbols or associating in public with other gang members. Gang injunctions provide critical advantages to police departments trying to disrupt gang activity, as well as to the residents living in areas afflicted by gangs. This article discusses the legal elements of civil gang injunctions and highlights the real-world experiences of two communities where this technique has been employed.

What Is a Civil Gang Injunction?

Gang injunctions are premised on the definition of “public nuisance.”1 A public nuisance is anything that is injurious or deleterious to one’s quiet enjoyment of life or property and affects the entire community, not just a few residents. The types of behavior that criminal street gangs engage in — including violence, graffiti and dealing narcotics — fall under the category of public nuisance. City attorneys and district attorneys have the ability to seek nuisance abatements through the courts.2

It is also possible to seek curfews. Depending on the particular gang that is the subject of the injunction, other provisions may be included.

Gang injunctions target specified physical boundaries within which the gang operates. These target areas are often referred to as “Safety Zones.” Once the injunction is in place, each subsequent violation by a gang member of a properly enjoined gang becomes a contempt of court, for which the member can be jailed, fined or both. It is also possible to seek monetary damages through injunction if it can be shown that the gang is profiting from its nuisance-creating behavior.

Learn what a gang injunction is and is not, and learn the process from experienced individuals. This will help you understand the most direct path to obtaining an injunction, make fewer mistakes and avoid reinventing the wheel.

Figure out what the city wants to accomplish using a gang injunction when other police tactics won’t work. Gang injunctions seek extraordinary relief, and being able to explain this will be helpful when you go to court.

Determine who will write the “expert declaration” and which attorney will work on the lawsuit. Then plan how the workload will be divided. Some agencies use their City Attorney’s Office and others use the District Attorney’s Office. Any law enforcement agency considering seeking a gang injunction must have someone serve as the “expert.” This will be an experienced gang investigator who:

Keep good statistics prior to pursuing a gang injunction. Your most persuasive arguments and testimony will come from a careful and easily understood presentation of the havoc that the gang is wreaking within the Safety Zone.

Develop your proposed Safety Zone using facts, not subjective ideas about where you think the gang is active. Once a spreadsheet is made using the statistics mentioned above, a geomapping application can be used to create a digital pin-map of where these events and activities took place. The Safety Zone should be established after this exercise because the boundary area where the gang commits its nuisances and crimes may likely be much larger than previously thought.

Use photos. It is permissible to include photos in the expert declaration. A picture is worth a thousand words.

Compile a detailed accounting of gang members and their nuisance activities within the proposed Safety Zone. In order to sue the gang as an unincorporated association, the gang must be given notice so that it may defend itself if it so chooses. The chosen representatives’ documented behavior should be good examples of the gang’s nuisance activities.

Example: The City of Fairfield

The City of Fairfield Police Department gave Sergeant Jeff Osgood the task of researching and writing a gang injunction in 2008. During the previous 20 years, Fairfield had been experiencing consistently regular nuisance activity from its primary gangs, including violent assaults, murders, mass-attack beatings and drug dealing in their Safety Zone. The Fairfield Police Department had reservations about obtaining a gang injunction because of concerns that it wouldn’t work in Fairfield.

Support from the city’s administration, including the city’s management and political leaders, played a central role in the successful implementation of the gang injunction in Fairfield. The Police Department first conducted extensive research to learn what an injunction actually was and contacted several other agencies to learn from their mistakes. The department then reached out to city policy-makers to gain their support. In talking to other agencies, Sgt. Osgood learned that actively seeking such support is a key component of successfully laying the groundwork for the injunction effort; in some communities, a failure to do so had resulted in stakeholders becoming hostile toward the effort and actively opposing it.

Almost immediately upon issuing a preliminary gang injunction against one of the gangs, its activity was disrupted, and its members have rarely been seen together on the streets since. The overall result has been a dramatic drop in all activity from the gang as well as from its rival.

Example: The City of Oakland

In contrast to Fairfield, the intense media attention surrounding Oakland’s pursuit of gang injunctions against the North Side Oakland (NSO) gang, located in the city’s northwest area, and the Norteños, located in the city’s Fruitvale area, shows that the strategy is still controversial. Indeed, unlike Fairfield, Oakland’s gang injunction strategy did not enjoy unanimous and unfettered support from the city as a whole. It remains to be seen whether employing the gang injunction technique without unanimous support or full community buy-in is effective.

As with critiques of gang injunctions in general, the defendants in Oakland’s NSO and Norteños cases argued that gang injunctions violate due process rights, promote racial profiling and harassment, and divert funds better spent on social justice programs. These criticisms, however, have proved unavailing — at least in the first phase of these ongoing cases. Oakland has ensured that due process is respected by naming individual gang members, thus providing them an opportunity to speak up on their own behalf in court. In addition, no one will be enjoined without the court weighing in on the sufficiency of the city’s evidence.

The Impact of Gang Injunctions

These latter effects are particularly critical to improving neighborhood dynamics and community safety.

While gang injunctions alone may not be enough to eliminate gang activity, they are a law enforcement tool that can crack the window of opportunity for change.4

[3] Jeffrey Grogger, The Effects of Civil Gang Injunctions on Reported Violent Crime: Evidence From Los Angeles County, J. L. & Econ., April 2002, at 89, Management Audit of the Civil Gang Injunction (CGIS) Executive Summary, 2003-04 Civil Grand Jury Report for the County of Los Angeles, at 220; Cheryl Maxson et. al, “It’s Getting Crazy Out There”: Can A Civil Gang Injunction Change a Community?, Criminology and Pub. Pol’y, Vol. 4, No. 3, Aug. 2005, at 591, 596; see also Jeremiah Goulka, et. al, RAND Working Paper, FY2006 Anti-Gang Initiative Grants in the Central District of California: Report to the U.S. Attorney Feb. 2009, at 27 (injunction generated an possible increase in reporting of violent crime, but a decrease in reporting of property crime by 20% following an gang injunction — with one possible explanation being that citizens in the injunction zone may have been more willing to report violent crime following the injunction).