Article May 1, 2019 Features by Karalee Browne

Karalee Browne is a program manager for the Institute for Local Government and can be reached at kbrowne@ca-ilg.org.

The concept of community choice aggregation (CCA) has gained a lot of momentum since the enactment of California’s CCA-enabling legislation, AB 117 (Chapter 838, Statutes of 2002). Under the CCA model (also known as a community choice energy model), cities and counties buy and/or generate electricity for local government, residents and businesses and make key decisions about rates, what types of electricity to purchase and which programs to offer customers. Though reducing electricity costs and providing cleaner energy options for residents and businesses were the initial drivers leading cities to pursue CCA, elected leaders are now also looking at it as a means of economic opportunity and job creation for their communities.

Two main CCA models currently operate in California. The first is a joint powers authority (JPA) model where cities and/or counties join to form a JPA, an independent public agency that operates the CCA on behalf of its member agencies. MCE (formerly Marin Clean Energy), Monterey Bay Community Power, Peninsula Clean Energy, Silicon Valley Clean Energy and Valley Clean Energy all operate using this model. When a JPA is formed, participating jurisdictions typically are represented on the JPA’s board of directors, which is made up of elected leaders from participating cities or counties. Many CCAs also have a community advisory committee, which often comprises volunteers who represent the participating agencies and labor and commercial, agricultural, industrial or other stakeholders.

In both models, the investor-owned utility (IOU), such as Pacific Gas and Electric (PG&E), Southern California Edison and San Diego Gas and Electric Company, collaborates with the CCA to deliver the electricity that the CCA purchases through the IOU’s transmission and distribution system. The IOU most often provides meter reading, billing, infrastructure maintenance and outage response services, while the CCA is solely responsible for the source and price of the electricity flowing to the resident’s home. Currently, under California Public Utilities Commission (CPUC) rules, a CCA can apply to administer its own energy efficiency programs to customers in its service area using ratepayer funds generated from the public goods charge (CPUC Code Section 381.1).

Though residents and businesses are automatically enrolled in a CCA when it is formed, existing law allows customers to opt out and remain with the existing IOU. CCAs are required to inform customers of the option to opt out.

MBCP procures all of its electricity from carbon-free sources such as solar, wind and hydroelectric power. The JPA does not contract for any power produced from nuclear energy or any fossil-based sources. MBCP automatically enrolls its customers in a plan that provides them with 30 percent renewable energy at rates that match those of the incumbent utility, PG&E. The other 70 percent comes from large hydroelectric power stations, which are carbon-free but not considered renewable sources. MBCP also offers its customers a 100 percent renewable energy option for just one cent more per kilowatt-hour than PG&E rates.

In both options, customers receive a 3 percent rebate at the end of the year for savings realized during the year, which they can apply as a credit on their bill or donate back to MBCP to use for environmentally friendly programming. In its first year, MBCP returned over $4.4 million in rebates, with more than 65 percent going to commercial customers. MBCP assumes that these commercial customers will use the additional savings to bolster community and economic development by reinvesting in their businesses, employees or community.

In addition to the rebate monies donated back by customers, MBCP sets aside 2 percent of its gross annual revenue for community programs. Initial community programming includes funding an electrification strategic plan, electric vehicle incentives and a partnership with GRID Alternatives, a nonprofit organization that provides solar installations and solar job training to low-income communities.

Santa Cruz County Supervisor Bruce McPherson, one of the driving forces behind MBCP, says phase two of the community programming will focus on distributed energy and microgrids that will help drive economic development in the region. He says, “Monterey Bay Community Power is community-owned and operated, so our residents directly benefit from the employment opportunities, rebates and clean power projects we provide.” 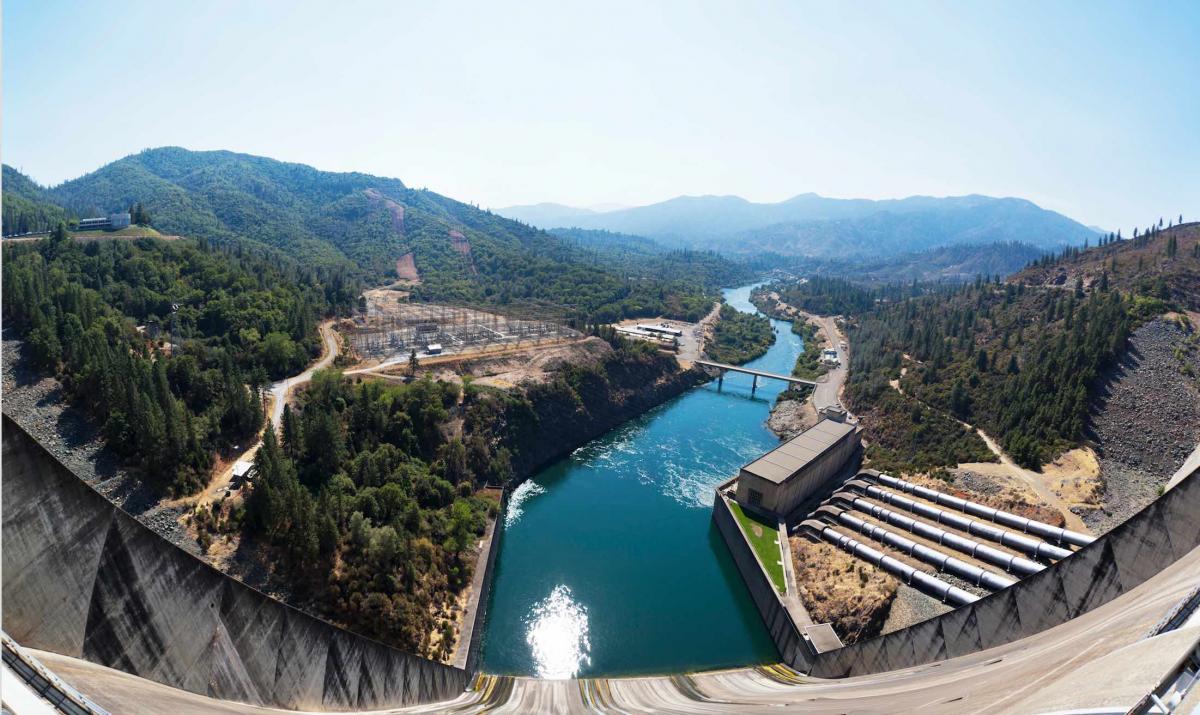 The City of Pico Rivera’s demographics are very different from that of many other CCA communities — as is its rationale for starting its CCA, called Pico Rivera Innovative Municipal Energy (PRIME). It uses a hybrid combination of the JPA and single jurisdiction models, whereby PRIME receives buying power and general advice from the City of Lancaster’s CCA.

Ninety percent of Pico Rivera’s community is Hispanic or Latino, with the median household income roughly 25 percent below the state average. In addition, Pico Rivera has a large senior and veteran population, most of whom are on fixed incomes. Mayor pro Tem Gustavo Camacho says that providing residents with much-needed financial relief was one of the major motivations behind creating PRIME. “The ability to have local control of our rates and provide customized local programming is very important to us,” says Mayor pro Tem Camacho. “We are constantly reinventing ourselves and looking for innovative ways to provide lasting value to our community.”

According to Camacho, a renewable energy business development director, the City of Pico Rivera has been proactive in promoting power alternatives, resource conservation and smart energy consumption, and now it seeks to showcase the benefits of these efforts to its residents through the city’s PRIME programs.

Pico Rivera is focusing much of its programming on education, with an emphasis on youth. The city has also recently contracted with a consulting firm to conduct an energy assessment of its service territory. PRIME General Manager Katherine Hernandez says the assessment will “help map out the next 15 to 30 years of projects in Pico Rivera, ranging from distributed energy resources to virtual power plants and innovative collaborative procurement strategies.”

Nineteen CCA programs now operate in California, serving more than 10 million customers. Many more are in the planning stages. The growing popularity of CCAs in California has affected the traditional IOU-based model of providing electricity services and the IOUs.

A major issue facing both CCAs and IOUs is the Power Charge Indifference Adjustment (PCIA). The PCIA is effectively an exit fee set by the CPUC that all departing customers would pay the IOUs when they leave the utilities’ services and become part of a CCA. The purpose is to make the utility whole or “indifferent,” so that customers leaving an IOU do not burden the remaining customers with costs that were previously incurred to serve those who left the IOU. This fee is set each January and fluctuates depending on the difference between the IOU’s actual portfolio costs and the market value of the IOU’s portfolio. The subject of some disagreement over the methodology used to establish the PCIA, this growing uncertainty and the PCIA’s recent increases could have a major impact on the low rates CCAs have been able to offer customers and the extra money they are able to set aside for local programming that supports economic development.

The second issue is the Resource Adequacy (RA) requirement, established by the CPUC, that both IOUs and CCAs must meet. The IOUs and CCAs are required to procure adequate resources in advance to ensure reliability of the power grid. In 2018, the CPUC adopted a resolution to resolve the problem of “double procurement.” Both the CCAs and the IOUs were purchasing RA for the same customers due to out-of-sync regulatory processes. That has now been resolved and the CCAs, along with many other stakeholders, support the CPUC adopting a multi-year RA framework that will bring greater certainty to the RA market and allow the state to forecast reliability.

What the Future Holds

As CCAs grow in number and sophistication, and the complex cost structures and policies continue to evolve, cities engaged in CCAs must continue to think holistically about the value CCAs bring to the community. Being the lower-cost alternative may not be a realistic long-term message. CCA operators may have to adjust their operations and marketing, not only to meet the renewable goals set forth by SB 350, the Clean Energy and Pollution Reduction Act (Chapter 547, Statutes of 2015) and SB 100, but also to meet the social and economic development goals of the communities they serve.

In addition, CCAs bring the benefits of transparency and local control to the communities they serve. Residents and business owners can connect directly with the CCA governing board and staff, eliminating the need to travel to San Francisco and try to navigate the CPUC system for their voices to be heard. CCAs post their board agendas on their websites, and meetings are open to the public. Because CCAs must comply with the Brown Act, their work is transparent.

At the same time, CCAs are playing an increasingly critical role in California’s clean energy future. Community choice programs are now the main drivers of new renewable energy projects in California, according to the CPUC, and those projects are creating green jobs and revenue sources for communities statewide.

“CCAs are committed to providing reliable service, clean energy at competitive rates, and innovative programs that benefit people, the environment and the economy in communities throughout California,” says Beth Vaughan, executive director of the California Community Choice Association, a CCA trade group. “We look forward to seeing more CCAs launch in California, bringing a host of benefits to communities large and small.”

How to Establish a CCA

Cities and counties must follow a specific process set forth in law and regulation to establish a CCA, which ultimately must receive certification from the California Public Utilities Commission. This process starts with the adoption of an ordinance to establish a CCA, followed by the creation of a business plan or feasibility study. The city or county must then submit a statement of intent and an implementation plan to the CPUC. Within 90 days from filing, the CPUC will certify the plan, and a start date will be set by which the CCA can launch. At the time of launch, all CCAs are required to have sufficient funds to compensate ratepayers for IOU re-entry fees should the CCA have to terminate services for some reason.

Cities and counties considering whether to form a CCA often first establish an advisory committee and conduct a thorough analysis of the feasibility, costs and benefits. This enables local elected officials to make informed decisions about whether and how to proceed.