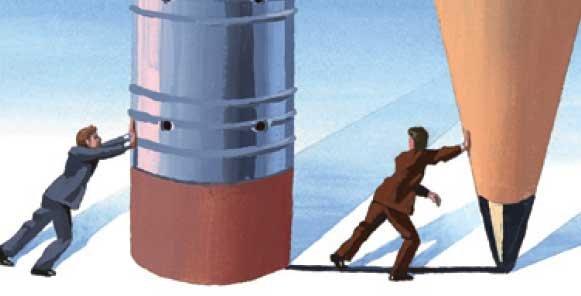 The Constitution Is Not “An Inconvenient Truth”

Public officials are neither more nor less flawed than people who do not hold elective office. That being said, history suggests that the most serious threat to our democracy is not revelations about elected officials’ private peccadilloes. Ignoring the rule of law in the face of adversity — and thereby sowing the seeds of deeper public mistrust — is the more serious and pervasive threat.

We witnessed this during the Watergate era in the early 1970s, when President Nixon pursued a dogged pattern of law-breaking to achieve his own political ends. We have seen other national, state and local leaders do the same thing when, under pressure, they ignore the Constitution, the law and their oath of office just to get through a crisis.

Scholars of leadership tell us the real test of a leader arrives in the heat of political fire when all your goals are threatened and you are asked not once, not twice, but repeatedly to violate the Constitution and laws of the nation or state in order to achieve those goals. Your commitment to “support and defend … and bear true faith and allegiance to the Constitution …” — and your personal character — are put to the ultimate test under such duress.

The California Constitution is reportedly the longest and most intricate state Constitution in the country. Unlike the national and other states’ constitutions, it contains details that are more commonly found in state statutory law. In California, the Legislature and the voters have chosen to put these details in the Constitution because it is our most important legal framework for how government should and should not conduct itself. After the enumeration of basic rights accorded to the citizens of the state, there are probably no more important passages in the California Constitution than those constraining how the state and local governments may raise and expend public funds.

Any law student knows that when legislative bodies or the voters change the Constitution or the statutory laws, it is usually because they intend to affect a different outcome. It sounds logical, doesn’t it? If the people alter the Constitution to limit or change the authority of the state or local officials, we presume our elected representatives will act accordingly.

Apparently that is not the way it works in parts of California state government today. In the past few years, some state leaders have proposed budget “solutions” that are clearly unconstitutional and fly in the face of the intent not only of the voters but the Legislature itself. When challenged about the constitutionality of their fiscal proposals, these leaders respond with the thinnest of justifications. Even worse, when questioned privately they say that if their “solutions” are challenged in court it will take a few years for a final decision, and they hope the economy will be better by then.

Three of the budget “solutions” proposed in the recently adopted state budget involved taking funds that normally finance local government and shifting them to the state General Fund. Two of these “solutions” have already been pronounced unconstitutional by state courts — the seizure of redevelopment tax increment and gasoline sales tax funds that are supposed to be deposited in the Public Transit Account — but some legislative and administration officials insisted on calling them budget “solutions” despite their obvious and deep flaws. The third proposal to seize the local share of the gas tax (or highway user’s tax) was ultimately rejected by the Assembly after local officials voiced overwhelming objections, and the Assembly leadership later acknowledged its likely illegality.

By insisting that these are legitimate proposals, the Legislature and state administration are brazenly ignoring the plain meaning of the state Constitution and the will of the same voters that recently rejected lawmakers’ ideas in the May 19, 2009, election.

The famous British statesman Edmund Burke is credited with saying, “The only thing necessary for the triumph of evil is for good men to do nothing.” We all have choices in life. We are all flawed to some extent. In the end, our adherence to our oaths and our communal code of law is at best self-enforced.

It remains to be seen whether the state government is rapidly descending to a new low where lawsuits will be the ordinary course of business to enforce even the most obvious constitutional duty. We can only hope there are some good men and women who will remember what they promised when they began their public lives, ask the tough questions they were elected to ask and not be blinded by the exigencies of the moment.