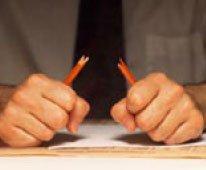 Terence R. Boga is a shareholder of Richards, Watson & Gershon in the firm’s Los Angeles office. He serves as city attorney of the City of Westlake Village, and is the immediate past chair of the Executive Committee of the Public Law Section of the State Bar of California. He can be reached at tboga@rwglaw.com.

The nature of a council meeting means that a speaker can become “disruptive” in ways that would not meet the test of actual breach of the peace or of “fighting words” likely to provoke immediate combat.

Public comment at open meetings of a city council is a cherished element of local government. Ensuring that public speakers do not disrupt the orderly conduct of such meetings, while respecting free speech rights, is a key responsibility of the city council.

At a regular meeting, a public speaker generally has a Brown Act right to address any item that is of interest to the public and is within the city council’s subject matter jurisdiction. Moreover, a public speaker is entitled to comment on an agenda item before or during the city council’s consideration of the item.2 Some municipalities satisfy these requirements by designating a single public comment period for agenda and non-agenda items at the start of a meeting. Others allow public comment as each agenda item is called and establish a special period for public comment on non-agenda items.

At a special meeting, a public speaker only has a Brown Act right to address items that have been described in the notice for the meeting. As with a regular meeting, though, a public speaker must be allowed to address agenda items before or during the city council’s consideration of the item.4

Statutory Authorization for Rules of Decorum

The Brown Act authorizes each city council to adopt “reasonable regulations” to ensure that the intent of the statute’s public comment provisions is carried out. Such regulations can include, but are not limited to, limits on the total amount of time allocated for public testimony on particular issues and for each individual speaker.5 However, the regulations cannot prohibit public criticism of the city council’s acts or omissions, or of the city’s policies, procedures, programs or services.6

City councils of general law cities have additional authorization for rules of decorum. A separate statute permits such bodies to establish rules of conduct for their proceedings, and to punish any person for disorderly behavior at a meeting.7

A municipality need not reinvent the wheel when adopting rules of decorum for its meetings. Sixteen years ago, the Ninth Circuit Court of Appeals upheld the validity of the following ordinance in the landmark case of White v. City of Norwalk:

Each person who addresses the council shall not make personal, impertinent, slanderous or profane remarks to any member of the council, staff or general public. Any person who makes such remarks, or who utters loud, threatening, personal or abusive language, or engages in any other disorderly conduct which disrupts, disturbs or otherwise impedes the orderly conduct of any council meeting shall, at the discretion of the presiding officer or a majority of the council, be barred from further audience before the council during that meeting.8

Norwalk had construed the ordinance as allowing ejection only if a person’s speech actually disrupted, disturbed or otherwise impeded the meeting. Based on that narrow interpretation, the court ruled that the ordinance was not too vague or overbroad in scope.

Some local agencies have adopted rules of decorum designed to shield agency employees from personal attacks by public speakers at open meetings. Such rules of decorum commonly are justified on the grounds that they protect privacy and other rights of employees. Despite these laudable purposes, however, such rules of decorum have not fared well in litigation.

For example, one school district established a policy stating that no presentation in open session at a school board meeting shall include charges or complaints against a district employee regardless of whether the employee is identified by name. A federal district court concluded that the policy most likely violated First Amendment free speech rights and issued a preliminary injunction preventing its enforcement.9

A different school district established a bylaw prohibiting complaints against any district employee at an open meeting of the school board without the employee’s consent. Another federal district court ruled that the policy violated First Amendment free speech rights and issued a permanent injunction preventing its enforcement.10

The lack of formally established rules of decorum does not mean a city council is powerless to deal with disruptive public speakers at open meetings. Penal Code Section 403 offers a “default” enforcement option. With some exceptions not relevant here, that statute makes it a misdemeanor for someone to willfully disturb or break up a lawful assembly or meeting unless the person has legal authority to do so.

A recent case involving the Albany School District11 illustrates the type of conduct citable under Penal Code Section 403. During the public comment period of a school board meeting, a public speaker named McMahon complained that high school students were leaving drug paraphernalia, alcohol bottles and other trash in the neighborhood around the campus. To underscore his point, McMahon spread a tarp on the floor and dumped two 13-gallon bags of garbage, some of which spilled onto the floor of the elementary school room in which the meeting was taking place. Police officers eventually removed him from the meeting and issued a citation under Section 403, but criminal charges were not filed. McMahon then sued the school district, its board members and superintendent for false arrest and other claims.

The California Court of Appeal ultimately affirmed a trial judgment against McMahon. The court noted that a “jury could reasonably have determined that it is self-evident that dumping garbage in a room where children eat lunch violates the custom or usage of the board meetings, obviating the need for a warning or request to stop.”12

A city council has considerable latitude to establish and enforce rules of decorum to control disruptive public speakers at open meetings. The cornerstones of enforceable rules of decorum are reasonableness and viewpoint neutrality — that is to say, the rules cannot favor either side. Even with rules of decorum in place, city council members must be prepared to tolerate coarsely phrased criticism of themselves and of the city’s policies, procedures, programs, services and employees.

Of course, no city council should ever be confronted with a situation where a person or group of people willfully interrupts a meeting such that orderly conduct of the meeting is unfeasible and order cannot be restored by their removal. Should that worst case scenario occur, however, the city council has Brown Act authority to “clear the room” and continue in session.13

This column is provided as general information, not as legal advice. The law is constantly evolving, and attorneys can
and do disagree about what the law requires. Local agencies interested in determining how the law applies in a particular situation should consult their local agency attorneys.

[5] Id. § 54954.3(b). Cf. Kindt v. Santa Monica Rent Control Bd., 67 F.3d 266, 271 (9th Cir. 1995) (“The Board regulations restricting public commentary to three minutes per item at the end of each meeting are the kind of reasonable time, place and manner restrictions that preserve a board’s legitimate interest in conducting efficient, orderly meetings.”) (citations omitted).

[13] Cal. Govt. Code §54957.9. Note that only agenda matters could be considered in such a session, and representatives of the press or other news media must be allowed to attend the session.