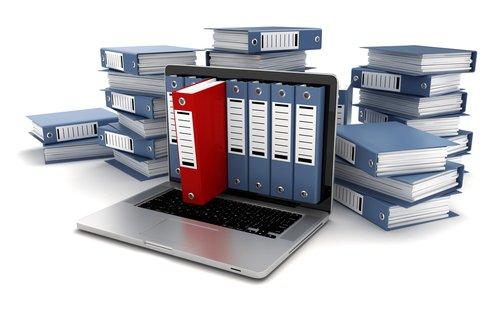 When the Legislature or any California state agency mandates that local government agencies perform new programs or provide higher level services, the California Constitution generally requires the state to reimburse local agencies for the cost of the new programs or higher level services.1 In 2013, Governor Brown approved suspension of a number of state mandates to avoid the cost of reimbursing local agencies for their compliance costs. The suspended mandates included certain provisions in the Public Records Act, such as requirements for assisting records requesters and notifying requesters whether an agency possesses responsive records.2 Suspending the transparency laws meant cities could choose not to comply without fear of liability. However, California cities and other local agencies have been subject to the open records requirements of the Public Records Act since 1968. Complying with this government transparency law has become ingrained in policy, practice and daily operations of cities statewide. There has been no reported instance of a city ceasing its compliance with the suspended transparency mandates.

Although the suspension apparently had no effect on local agency compliance, open government advocates criticized the state for suspending the transparency mandates. In response, the Legislature placed Proposition 42 on the June 2014 ballot to amend the California Constitution by requiring cities and other local agencies to comply with the Brown Act and the Public Records Act and to eliminate the requirement that the state reimburse those agencies for the cost of complying with the open government mandates.3 More than 60 percent of the voters approved Prop. 42, and it took effect June 3, 2014.

Proponents of Prop. 42 argued that requiring cities and other local agencies to bear their own costs of complying with the transparency mandates would create an incentive for the agencies to control costs and streamline processes. Now that Prop. 42 has passed and the obligation to comply with the Public Records Act has been incorporated into the California Constitution, this article suggests some cost-effective methods to help cities meet and exceed their Public Records Act records transparency requirements without unduly impacting city budgets, staff time and delivery of public services.

Before the Records Request

City policies and practices can maintain records transparency, simplify responding to disclosure requests, and reduce costs even before a records request is submitted.

Provide clear instructions for requesting agency records, including how to obtain records online. Clear instructions for obtaining records online can help make the public’s records available with little or no use of staff time. Also making available information that assists in obtaining records, such as information about the technology used to store city records and the locations where the records are kept, is consistent with a city’s duty to assist records requesters.4

Treat Public Records Act compliance as a program and implement it throughout city departments. Complying with the Public Records Act is a citywide responsibility involving all city departments and all categories of agency records. All city officials and employees involved in managing records should understand their role in a citywide records maintenance and disclosure program. 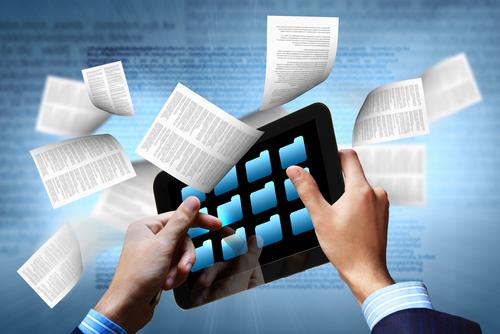 Cities can adopt policies and practices that enhance transparency, avoid and minimize liability, and reduce compliance costs in responding to requests for public records.

Consider encouraging records inspection. It is frequently helpful to encourage requesters to inspect records before deciding whether to obtain copies. Doing so can facilitate faster records access for requesters, allow requesters to save money by avoiding unnecessary copying costs and save limited city resources. However, cities cannot require that requesters inspect records before requesting copies or discourage requests for copies. The Public Records Act entitles members of the public to choose whether they would like to inspect records, obtain copies or both.5 Also, depending on how a city is staffed and maintains its records, it may cost more in staff time for some cities to supervise records inspection than to provide copies.

Respond promptly to requests. Responses to records requests are due within 10 days of receiving the request, unless the request is one that permits extending the city’s response time and the city needs more than 10 days to respond to the request. Responses should inform requesters whether the city possesses non-exempt records responsive to the request and whether the city will assert any exemptions, citing applicable legal authority for each exemption asserted.6 Responding when requests are received for records that a city possesses and that are clearly subject to disclosure can simplify follow up.

Extend the time for replying by up to 14 days when necessary and permitted. Cities may extend the time for responding to requests by up to an additional 14 days if the request involves a large quantity of records, requires consultation among multiple departments or agencies, or requires specialized programming.7 Extending the request response time in appropriate cases allows city staff to take the extra time needed for responding to more complex requests while continuing to fulfill their other public service duties.

Convert oral requests to writing. Cities must respond to requests in any form that reasonably identify public records, whether they are submitted in writing, electronically or orally.10 Cities should make a written record of oral requests to assist staff in locating all responsive records, preserve requester contact information and help resolve any later dispute regarding the request.

Disclose non-exempt, requested records promptly. The Public Records Act does not prescribe a particular deadline for disclosing public records as it does for responding to records requests — only that records be disclosed “promptly.”12 Disclosing upon request records that a city possesses and that are clearly subject to disclosure can speed records access and simplify follow-up.

Inform requesters of records disclosure delays. Cities should alert requesters when records disclosure will be delayed and explain why. Doing so can establish a record of a city’s efforts to disclose records promptly and help avoid unnecessary litigation. A requester can voluntarily grant a city additional time for disclosing records and is more likely to do so when the city has kept the requester informed.

Disclose records in response to voluminous and multiple requests on a rolling basis. Providing records as they become available helps speed records disclosure and can help reduce a city’s exposure to litigation.

Consider duplicating and disclosing records electronically. Duplicating and disclosing records electronically can facilitate rapid and inexpensive records disclosure and help cities maintain records of information disclosed in response to records requests. However, cities cannot disclose records only in electronic form. Requesters are entitled to receive records that are subject to disclosure in any form in which a city maintains and can disclose them.13

Retain copies of records requests and records disclosed. Maintaining a record of information requested from and disclosed by a city is invaluable in case of public records litigation. Doing so also streamlines disclosing records for subsequent requests.

How effectively cities manage their records can impact the staff time required and the cost of complying with the Public Records Act, help maintain and enhance agency transparency and promote effective city operations.

The strategies discussed here can help support and improve city policies and practices throughout California that are essential to maintaining the transparency and availability of the peoples’ records in the local government’s charge. Adopting these approaches can achieve greater transparency and more efficient and cost-effective compliance with the Public Records Act while promoting effective records management. n

[2] See AB-1464 and SB-1006 approved June 27, 2012. Together these two bills provided for suspending various mandates, including mandates in the Brown Act and Public Records Act, for three fiscal years starting in 2012-2013.