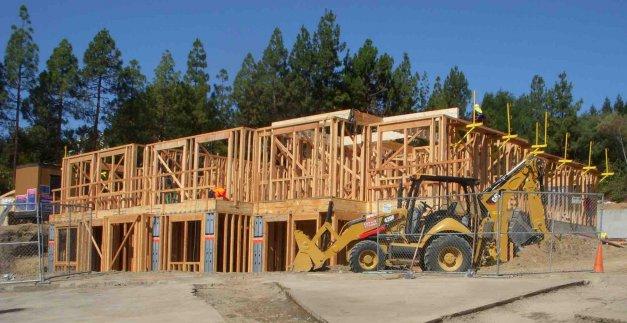 In October 2016, a California court of appeal upheld the City of San Ramon’s creation of a community facilities district (CFD) under the Mello-Roos Community Facilities Act of 19821 and its adoption of an ordinance levying a special tax on the CFD. San Ramon levied the special tax to offset the negative fiscal impact the new development would have otherwise had on the city. The Building Industry Association (BIA)–Bay Area challenged the tax on several grounds, but the court of appeal rejected those challenges.2 Both the California Supreme Court and the U.S. Supreme Court declined to review the court of appeal’s decision. Therefore, the decision stands as an important reminder for cities that the creation of Mello-Roos Community Facilities Districts may be a potential tool for cities to supplement the funds needed to provide city services to new developments.

Like many cities in California, San Ramon has experienced rapid growth, with the population increasing from 44,722 in 2000 to 80,550 in 2017. However, since the adoption of Proposition 13 (1978), revenue generated by residential development is not adequate to fund basic services, facilities and infrastructure for these new residents. Recognizing this dilemma, the Legislature responded in 1982 by adopting the Mello-Roos Community Facilities Act, which “was enacted to ameliorate local revenue shortages created by passage of Prop. 13.”3 The Mello-Roos Act authorizes cities to form CFDs and to impose special taxes approved by a two-thirds vote of the qualified electorate4 of the CFD to finance certain specific facilities and services.5 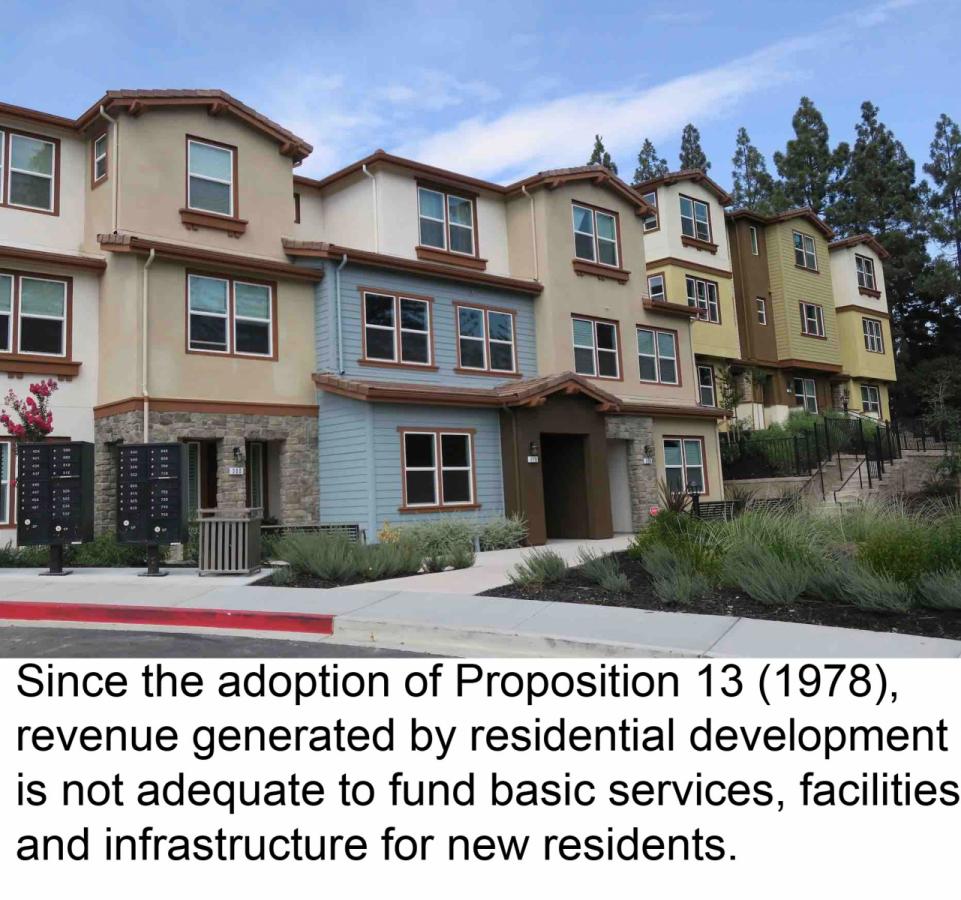 In 2011, San Ramon adopted a General Plan policy requiring the city to “evaluate the ability of new development to pay for its infrastructure, its share of public and community facilities, and the incremental operating costs it imposes.” During 2013, the San Ramon Planning Commission considered a 48-unit townhouse project. To comply with the General Plan policy, the city conducted an independent fiscal analysis to determine whether the cost of providing services to the project would exceed the revenue generated by the project, thereby creating a negative fiscal impact. The analysis showed an annual negative fiscal impact of approximately $500 for each townhome.

Based on the fiscal analysis, the planning commission adopted a project condition of approval requiring the developer to provide a funding mechanism to mitigate the negative fiscal impact. The developer was not required to form a CFD under Mello-Roos, but chose to do so. On Feb. 25, 2014, the city council adopted a Resolution of Formation to create the CFD and on March 11, 2014, following a landowner vote, adopted an ordinance levying the special tax.

On March 25, 2014, BIA filed a lawsuit seeking to set aside the creation of the CFD and invalidate the special tax. BIA argued that:

The trial court disagreed with BIA’s argument and ruled in favor of the city, and BIA appealed. The court of appeal also rejected each of BIA’s three arguments.

General versus special tax. BIA argued that the tax was really a general tax crafted to supplement the General Fund due to the wide variety of services that could be funded by the tax. Because “special purpose districts” have no power to levy general taxes under the California Constitution, BIA contended the city council could not utilize a special purpose district CFD to levy the tax.

In rejecting this argument, the court of appeal made three observations. First, the court noted that the Mello-Roos Act expressly provides that levies under the act are special taxes.6 Second, the court pointed out that the city’s Resolution of Formation properly identified the types of services and facilities to be funded by the tax, all of which were specifically authorized by the Mello-Roos Act. And third, the court noted that all of the revenue from the tax was placed in a separate fund to cover the additional costs of services as established by the fiscal impact study. 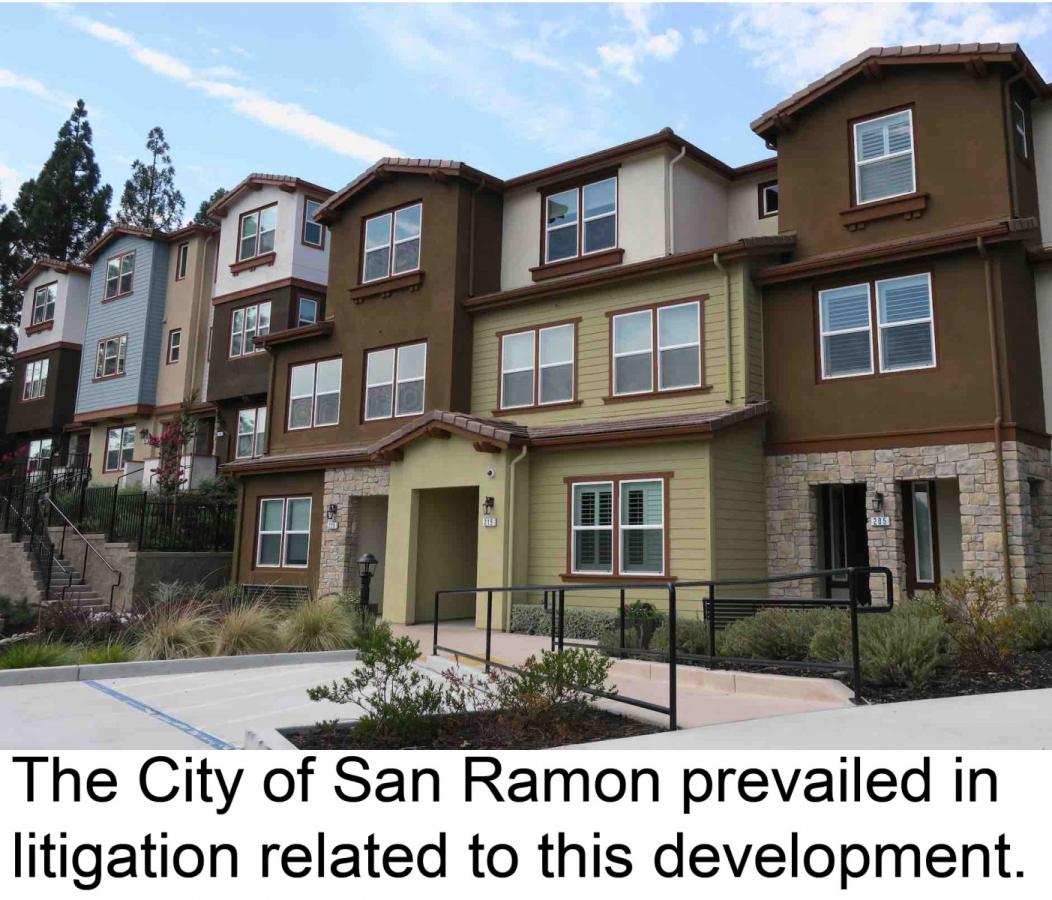 BIA interpreted the phrase “in addition” to mean that the services funded by the special tax must be enhanced services — different in type or quality than the basic services provided prior to levy of the special tax. In other words, BIA argued the services must be something other city residents do not receive as basic services. In rejecting this interpretation, the court of appeal observed that “from the first enactment of the Mello-Roos Act in 1982, the Legislature was clear that landowner-approved Mello-Roos taxes could be used to satisfy an increased demand for existing services.” In short, special tax revenue approved by landowner vote may be used to fund increased demand for existing basic services as long as the increased level of service does not supplant (that is to say, replace) existing services.7 The Legislature enacted the Mello-Roos Act to assist public agencies in financing basic services — not to encourage new, different or enhanced versions of those services.

Conditioning the city’s obligation to provide the services on its continued receipt of the tax.The CFD formation documents contained a provision that provided:

BIA challenged this provision as a form of pre-emptive retaliation for an event that had yet to occur — the repeal of the special tax. BIA contended that the provision violated due process and was also unconstitutional because it would have a chilling effect on the property owners’ exercise of their initiative rights. The court of appeal responded: “It is not a violation of due process to recognize that if a tax has been imposed to provide additional services and facilities to a district, and if that tax is repealed and not collected, there will no longer be funds to provide the district with those additional services and facilities, and any obligations that have been incurred to provide these services and facilities will need to be met from other sources.”8

This case does not break new ground, but in revisiting and reinterpreting old ground, the case may have the unintended consequence of alerting cities to the fact that Mello-Roos is not limited to funding the extension of sewer lines, but was also intended by the Legislature to help cities finance certain basic services required by new development.

[2] The League filed an amicus brief with the Court of Appeal supporting the City of San Ramon. Michael Colantuono and Len Aslanian of Colantuono Highsmith & Whatley authored the amicus brief on behalf of the League.

Photo credit: Courtesy of the City of San Ramon (all photos).