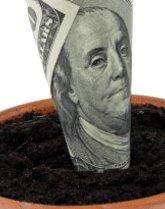 Julio J. Fuentes is city manager of the City of Alhambra and president of the California Redevelopment Association; he can be reached at jfuentes@cityofalhambra.org.

Joseph Montes is city attorney for Alhambra and a partner in the law firm of Burke, Williams & Sorensen, LLP; he can be reached at jmontes@bwslaw.com.

In the aftermath of the California Supreme Court’s December 29, 2011, decision to uphold legislation that eliminated redevelopment agencies, the City of Alhambra wasted no time in re-establishing a means for conducting economic development activities to:

Recognizing the importance of quickly reactivating redevelopment and related tools for this purpose, the City Council approved an economic development ordinance at its meeting on Feb. 27, 2012.

The city established several findings and determinations to validate the legitimacy of the ordinance (which adds Chapter 3.34, Economic Development, to Alhambra’s municipal code). As a charter-law city whose charter includes authorizing language, the Alhambra City Council is empowered to legislate over any municipal affair to the full extent permitted by the state Constitution. The city council determined economic growth and development to be effective aids in promoting the health and welfare of Alhambra’s residents and thus a general benefit to them in multiple ways, including:

A Municipal Toolbox for Economic Development

The ordinance identifies a number of general categories of authorized activities to help fulfill the goal of economic growth and development. In short, these include (but are not limited to) the ability to:

The ordinance does not identify a specific funding source for economic development. However, a variety of tools may be used to finance new development projects, including:

Cities should work with their legal counsel to explore similar “self-help” economic development program options at the local level that may exist for both general-law and charter cities and to ensure that related issues, such as debt limits and gifts of public funds, are appropriately addressed.

Alhambra is planning to use its new authority to implement an aggressive economic development program. The city is presently working on a 400,000-square-foot retail center; it may use a combination of new sales and property tax in the center, along with a reduction in its planning and inspection fees, to underwrite the project’s proposed public parking structure.

Negotiations are also set to begin on a new downtown mixed-use center that may include 140,000 square feet of retail space with 260 units of for-sale housing and public parking. The city may decide to use CDBG program income from the sale of a former asset along with a portion of new net assessed property tax generated by the proposed center to pay for the project.

Alhambra is considering the construction of a 295-space downtown parking structure as well and may elect to borrow from its reserves to underwrite the cost.

Going forward, cities must remain steadfast and unified in building alliances by working with the League and the California Redevelopment Association to appeal to the Legislature and Gov. Brown to develop a statewide economic development program and strategy.

Perseverance and creative thinking are key in the effort to reinvent local economic development. Cities can use this opportunity to devise innovative, sound alternatives to finance development projects that will ultimately generate new investment and jobs in their communities and promote sustainability and resiliency when new challenges arise.