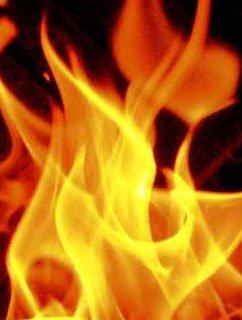 Crisis at City Hall: Planning Ahead Can Make The Difference, Part 2

Crises have a fairly predictable lifespan, including an initial phase when there are many questions and few answers, a middle phase when you actively deliver your messages and visibly deal with the situation, and an ending phase when business begins to normalize and you seek to restore your city’s credibility.

Phases of the Crisis

The initial phase occurs immediately after you first learn about the crisis, and it requires key staff to gather quickly to consider these important questions:

The middle phase, which follows several hours to several days after the crisis first surfaces, raises questions that may overwhelm your staff:

The ending phase is often when you can breathe a sigh of relief in recognition that the worst is behind you. It doesn’t mean your work is done, however, and these questions will help guide your ongoing efforts:

Although the steps to crafting a communications plan have been outlined in a previous Western City article (“Managing More Effectively With a Strategic Communications Plan”), it’s helpful to emphasize essential audiences and tactics that should be included in a crisis-specific strategy.

As you anticipate whom you need to communicate with, consider everyone who will be impacted, such as:

Tactics are the tools that help you get the message out externally and internally, including:

It’s challenging to think about scandals that could severely erode public trust in your city and place you in the position of digging out of a deep credibility hole for months or years. But nobody ever claimed that innovative city management was easy, and its core responsibilities include anticipating the worst, planning for it and executing the plan during the city’s darkest hours. With these tools, you can jump-start your crisis communications planning. Your next steps may not be enjoyable, but they’ll prove invaluable when “the call” comes into your office.

The following checklist provides a quick reference for action when a crisis strikes.

Within the First 60 Minutes

When thinking ahead and planning for a potential crisis, consider this list of situations, issues or events that may affect your agency:

The public information staff assigned to preparing materials should write an initial holding statement at the onset of the incident. Reporters will likely call before all the facts have been gathered. In such an instance, a simple statement acknowledging the situation helps to avoid giving a “no comment” response and acknowledges that the city recognizes the need to cooperate with the media and inform the public. This document becomes the foundation for all future written communications about the crisis. By following a few basic principles when writing the holding statement or news releases, the city will better meet the news media’s needs.

The following checklists provide a quick reference for action when a crisis strikes.

Crisis Checklists: The first 60 minutes, the first 90 minutes, first half-day and End of Day One

Editor’s Note: Part 1 of this article appeared in the August 2010 issue.