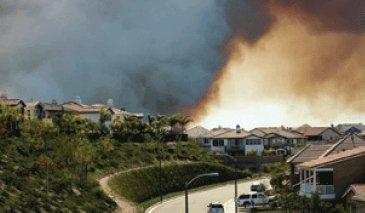 Jim Madaffer is a former member of the San Diego City Council and a past president of the League.

Public safety threats and emergencies — from gangs to terrorism to natural disasters — are important concerns for our communities and for us as local elected leaders. During an emergency, what is the elected official’s role and how do elected officials stay informed as a crisis unfolds? How does it work in your city and where do you fit in? Does your city have a framework that keeps elected officials in a strong leadership role so they can stay above the incident command and function with a larger, more global perspective?

A few years ago, a fire chief told me about a newly elected official who saw smoke and heard a fire truck’s siren. This person raced to the scene, where he identified himself to the firefighters and began telling them where to point the hoses on the flames. Similar incidents are not uncommon. Some elected officials seem to think they have jurisdiction over emergency situations and that they know better than emergency responders how to handle a crisis. Somehow, they believe the accident scene is under their command.

During the Southern California wildfires of 2003, when more than 2,200 homes and 15 lives were lost, I experienced firsthand how operational and elected leaders can have different priorities. Resources were thin, homes in my city council district were burning to the ground and, from my perspective as a city council member, not enough was being done to fight the fires.

Then I got a call from a local congressman offering firefighting aircraft from Colorado. I informed the mayor and council colleagues about the offer. We met with the fire chief, who in turn passed the information to the Office of Emergency Services (OES), which was controlling equipment and resources. OES turned down the offer of equipment and personnel. At this point, the roles of the elected officials and the operational commanders clashed.

Later that night in the Fire Communications Center, a frantic Navy captain phoned in. He offered three helicopters complete with firefighting buckets, ready to roll from a Navy base just a few miles away, to the duty chief directing firefighters in the field. I was astounded when, once again, this desperately needed equipment was refused. As frustrating as it was, the truth is that elected officials trying to make operational decisions could have created an even larger disaster. Today, our locally based military officials make sure their pilots are trained to coordinate with civilian firefighters and aircraft in fighting fires. But in 2003, those coordination efforts weren’t in place.

After witnessing these conflicts between elected and operational leaders, I became more interested in homeland security issues and the role of elected officials during a disaster. In 2005, I participated in the National Preparedness Leadership Initiative, a program sponsored by the Harvard School of Public Health and Kennedy School of Government, where first responders, operational commanders, elected officials and experts from federal, state and local agencies discussed how we as a nation can be better prepared.

The program was a real eye-opener. We studied the many threats facing America’s larger cities and we discussed California’s vulnerabilities, from its ports and harbors to its utility infrastructure and water supplies. I also learned how local elected officials fit into the Incident Command System, which provides a carefully crafted hierarchy and structure for operations and elected leaders.

We learned about the National Incident Management System (NIMS) and the National Integration Center (NIC). Part of the Department of Homeland Security, NIC is a multidisciplinary entity made up of federal stakeholders and representatives of state, local and tribal incident management and responder organizations. NIMS was developed by NIC to help responders from different jurisdictions and disciplines work together more effectively to respond to natural disasters and emergencies, including acts of terrorism.

While attending the Harvard program, those of us from California formed a group that included two city council members and one representative each from fire services, law enforcement and public health. We agreed that local elected officials would be more effective if they better understood their role as leaders during a crisis and if there was a mechanism in place to ensure that they remained informed and engaged during a disaster or emergency. We wanted to create an understanding of the complexity and interdependency of emergency response preparedness.

When a crisis is under way, the elected officials’ role is to make policy decisions, not operational ones. They must stay informed, be ready to shift gears and provide leadership. The most effective elected officials trust and support their operational staff and are positive agents for their community. The key is to focus from the balcony and stay out of the weeds.

During our nearly year-long project, we discovered many elected officials didn’t fully understand their roles or the resources available during an emergency, so we created a training program for elected officials that covered their various roles and responsibilities during a crisis. The training reviewed how the response system operates once an incident expands beyond a single jurisdiction and outlined how a protocol can be established to keep elected officials informed as a crisis unfolds.

Few elected officials are ever told specifically where they fit into the flow of a well-established emergency response structure. In a disaster, it’s crucial for elected officials to have a framework that enables them to maintain a strong leadership role while remaining above (and out of the way of) the incident command functions.

As part of such a framework, cities usually plan where the mayor and council members fit into the emergency response process. Typical activities for elected officials include:

Such roles and activities vary for each city and county. Depending on a city’s size, many of these functions may be coordinated by the local sheriff. Your city may have delegated some powers to your county or city’s director of emergency services. A mayor can proclaim a local state of emergency to activate an emergency plan; however, a local declaration requires the full policy body to ratify the decision within a reasonable time.

Disseminating accurate information is another important role for elected officials during an emergency, when everyone wants and needs to know what is happening. This requires advance planning and good management. It’s essential to create a centralized system that coordinates among all departments and disciplines and ensures information is released efficiently and accurately.

Whether it’s a wildfire or an earthquake that may strike your city, we need to be prepared and ready to respond. The public expects nothing less. Are you ready?

This article appears in the October 2007 issue of Western City
Did you like what you read here? Subscribe to Western City