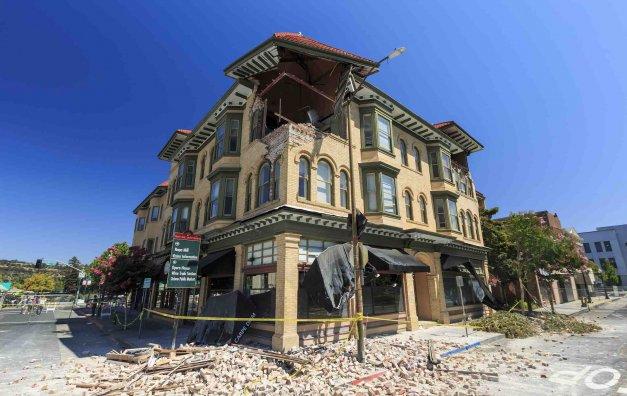 June Catalano is city manager of Pleasant Hill and can be reached at Jcatalano@pleasanthillca.org.

On Sept. 9, 2010, a Pacific Gas and Electric pipeline exploded in San Bruno, killing eight people and destroying 38 homes. On August 24, 2014, a 6.0 magnitude earthquake struck the City of Napa, severely damaging much of its historic downtown and infrastructure. These events were very different but both required specific skills to lead the city organization and the community toward recovery.

The incidents in San Bruno and Napa required each city to deal with devastated employees, respond to the media and public records requests, assist council members in developing consistent and appropriate public statements and, most importantly of all, assure their communities that elected officials and staff were competently responding to the crisis.

In a crisis, it is particularly important to establish ground rules early, such as:

Although council members often want to address the event individually, it is much more effective to have one person — usually the mayor — speak for the council while the city manager speaks for the staff.

It is important that the mayor not take on the city manager’s role. The mayor can convey concern and sympathy and act as a direct liaison to constituents, but the city manager assures the public that the professionals responsible for running the city are investigating the issues, resolving conflicts and effectively managing the city through the crisis. This can help avoid assumptions that the event is being politicized. The public wants a mayor who understands their concerns and can speak on behalf of the council, but the city manager must reassure the community that a skilled professional staff can deal with the emergency.

Responding to the Unimaginable

In the case of San Bruno, a city of approximately 40,000 people, the unimaginable happened. Families in the Crestmoor neighborhood were sitting down to dinner when a high-pressure natural gas pipeline, which lay under the street for over six decades, suddenly exploded. The gas spewing from the ruptured pipe ignited, shooting flames 600 feet into the air and setting the neighborhood on fire. Hundreds of first responders from throughout the region rushed to the city, which would not be able to assess the full extent of the damage until several days later.

San Bruno City Manager Connie Jackson, along with Mayor Jim Ruane, played an essential role in setting the pattern for the public appearances that followed. In addition to the 38 homes destroyed, dozens more were damaged, some so severely that they could not be occupied for weeks or months. San Bruno city staff worked around the clock to ensure assistance for frightened residents and re-establish some semblance of normal community life. Even as the city was still working to extinguish the fire, the city manager and mayor held the first of dozens of press conferences, beginning the process of reassuring the community that their leaders were present, they understood the suffering that residents were experiencing, the city was in control and the community would recover.

Jackson believes the mayor played a crucial role as the face of San Bruno, demonstrating empathy for its traumatized citizens and advocating commitment to the necessary steps toward full recovery. Equally important was the manager’s role in assuring residents that the city’s professional staff understood what the community needed and was acting to protect and support them.

The Importance of Clear, Accurate Communication and Teamwork

As a result of the Napa earthquake, the city red-tagged 156 commercial and residential structures, deeming them uninhabitable, and yellow-tagged 1,398 buildings, indicating moderate damage and limited use. Damage to the city’s infrastructure reached $57 million. In addition, severe damage to area wineries impacted the city’s economy. Rapidly communicating to the residential and business communities what steps the city was taking to fix the infrastructure and respond to damaged structures was critically important, according to City Manager Mike Parness. It was also essential to get the tourism industry restarted and to address fears about unsafe conditions. This situation required the city to communicate accurately with the media, remain accessible and provide timely responses to numerous requests for information.

While some crises can be planned for and managed from a template, sometimes no template exists. An unexpected event requires careful, strong management and coordinated teamwork in the face of extreme pressure.

Attend the “Crisis Management for Cities” session at the League of California Cities 2017 Annual Conference & Expo to learn more about this topic. Leaders who guided their cities through the two events described in this article will discuss what worked, what didn’t work and key lessons learned. In addition, a communications expert will provide guidance on preparing for a crisis and disseminating information to the public and key community leaders under extremely tight deadlines. The session will be held Friday, Sept. 15, from 11:00 a.m. to 12:15 p.m. See the conference program for location details.