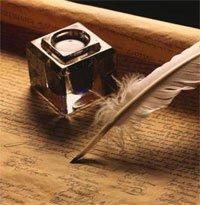 Declarations of Independence Should Be Made Every Day

Like most of you, I am both my parents’ child and a parent myself (and a new grandparent), and these experiences have shaped me in more ways than I can count. Being a child made me feel cherished and ultimately hungry for independence, and being a father has taught me the joy (and fear) of caring for someone who depends on me for everything as well as the terror of insisting that they find their own way in the world.

I recently returned to California from a visit with my 93-year-old father in the Midwest. He recently became ill with pneumonia and was slowed down for the first time I can remember in my 50-plus years. Watching Dad age during my lifetime, I am struck by how one characteristic defines him for me more than any other. He has been, is and always will be the most independent person I’ve ever known. And his independence, which some mistake for stubbornness, is probably one of the reasons he has lived as long as he has.

In our household you didn’t reach the age of 14 without knowing you were toast if you came to the dinner table unprepared to debate the political issues of the day. For both my parents, talking about politics and current events was like breathing, and they taught my siblings and me to think critically, question conventional thought and defend our views with zeal and sheer force of will.

That same spirit has marked my father’s professional career and personal life. As a young man growing up during the Depression, he embraced his passion for painting and illustration. In 1932, he went to the university to study fine arts, graduating in 1936 when the economy was still “in the toilet” (one of his favorite expressions). He joined a fraternity his first year but later resigned when they wouldn’t consider a good friend of his as a potential member because he was Jewish.

Rather than succumb to pressures to find a “real job,” he moved from St. Louis to Chicago and shared studio and living space with an artist friend, honing his painting and illustration techniques and his connections. Just as he was landing some lucrative magazine illustration work, World War II broke out, and Dad began trying to enlist, marrying my mother right before he finally joined the Army in 1943. While in the service, he repeatedly rejected opportunities to go to Officers Candidate School because he believed such “advancement” was the path to an early grave. He always said he would rather be a living sergeant major than a dead second lieutenant.

Returning from the South Pacific after the war ended, Dad held a series of increasingly responsible positions with advertising companies. Each time a new child was born (and there were five of us), he would find a better job. He spent the final 20 years of his career running his own advertising firm, which allowed him to take the contracts and do the work he wanted and make more income to support his family.

I remember once in my teenage years expressing disdain for his profession, suggesting he was persuading people to buy consumer goods they didn’t need. Dad smiled at me and said, “Let me ask you something: How do you like eating?” If I was anything, I was a quick study. I immediately apologized.

When Dad retired 18 years ago, he brought the same fierce independence to his retirement as he did to his earlier years. He set his schedule. He decided what he would do (with Mom’s help), and he did not care what anyone else thought of what he did or wanted to do. When they ran a little short on cash, Dad got a part-time job delivering samples to a medical lab. In the process, he became the most popular visitor to all the medical offices in town. At age 76 he was still an extremely attractive and friendly man — and still is.

In the past few years, Dad has developed some dementia that has made his life and Mom’s very challenging. He doesn’t have much short-term memory left, which is very frustrating for him and others. Until recently, he stayed fairly active and never hesitated to share his opinion about what our elected leaders were doing right (which he would always acknowledge) and wrong.

I made the mistake two years ago when, after receiving a letter from Mom about her difficulties with Dad’s growing dementia, I visited and took them to see a few of the adult care homes in their town. While my wife and Mom went in and looked around the only one we visited, Dad insisted on staying outside, telling me he was “madder than Jimmy’s neck” (another favorite phrase) and that he did not appreciate what I was doing.

Now the only advantage of dementia, if there is one, is that he forgot being angry at me soon after. Nonetheless I got the message. He was going to be the master of his own destiny, and I had better “get it.” I did; I later concluded he was right. Nothing has prolonged his life more than being his own decision-maker. The day he relinquishes control of his life to me (if it ever happens) is not one I look forward to.

Dad and Mom are steadfast believers in the soundness of their own judgment. So when Mom recently called 911 to have Dad taken to the hospital due to some concerns about his breathing and coughing, he went right along. After the tests revealed a minor case of pneumonia that could be treated with antibiotics, the hospital staff told him they wanted him to stay the night for observation. He told them that was not going to happen under any circumstances. When they resisted his decision to leave, he removed the tubes from his hand they had inserted to hydrate and medicate him, signed himself out of the hospital and went home.

What he apparently knew, even in the state he was in, was that he did not belong there yet — that his time would be better spent and his recovery would be speedier if he went straight home. That is where he was when my Mom called me that Saturday to say she was concerned, and that I had better come and visit. I got on a plane immediately.

The next morning Dad was still in no shape to go out to breakfast (their pre-pneumonia routine) so I offered to cook for them. After three days of barely eating or drinking, he had a good meal. We were sitting in the kitchen talking and goofing around (something we do a lot), and I knew he was feeling better when in a moment of pure delight he put his napkin on his head just to look goofy and make me laugh. I knew he was headed in the right direction then and there. And I have to admit he really did look funny.

The last few days have seen their ups and downs, but Dad seems to be making some progress and, most importantly, he and Mom are the ones making decisions. Mom is every bit as independent as Dad, reminding me today that she will decide what is good for him and not me. I said, “Yes ma’am. I am well aware that I am not in charge of this production. Just let me know how I can support you in doing what you want.” She gave me another big hug and kiss before I left.

Watching my father over the years and thinking about him on my trip home has reminded me about that wonderful saying by Thomas Jefferson: “The price of freedom is eternal vigilance.” That is so true, whether it is in our political affairs, private business or even our personal lives. Our independence, our freedom to choose where, how and with whom we will live is our most precious gift. I am grateful to my parents for constantly teaching me this lesson. I promise to continue my studies and to remember that “Father and Mother really do know best.” I can only hope my own kids agree as well because, as the saying goes, the apple did not fall far from the tree.

For those who wonder what all this has to do with running government, I will leave that to your good judgment. As our moms and dads would no doubt say, “It’s as plain as the nose on your face.”