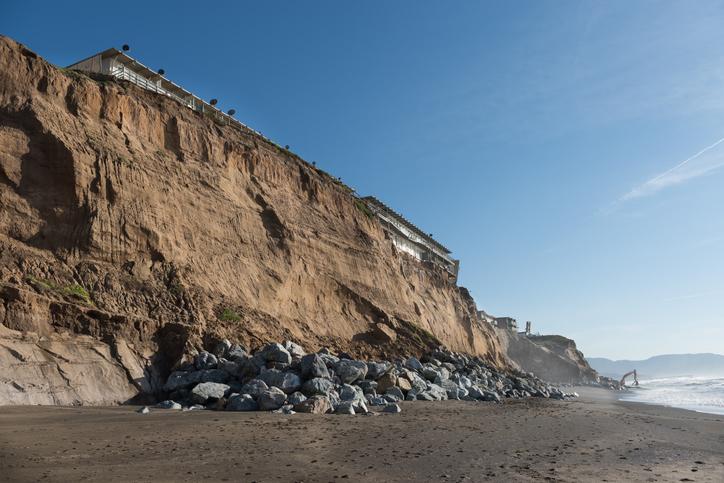 Emergencies differ both in type and magnitude. For example, within two hours of the gas pipeline explosion that destroyed an entire neighborhood and took eight lives in San Bruno on Sept. 9, 2010, Joan Cassman was en route to San Bruno City Hall to assist city staff in preparing a declaration of emergency. Cassman serves as city attorney in the neighboring community of Millbrae. Because she knew San Bruno was without a permanent city attorney and the city’s resources were spread thin, she wanted to help ensure that the City of San Bruno met the necessary legal requirements.

In another example in nearby Pacifica, a 20-unit apartment complex on a bluff 60 feet above the ocean was undermined in December 2009 when torrential rains and large wave swells caused the bluffs supporting the structure to collapse. Several months later, the adjoining complex was evacuated, but other complexes and residents remained to brave the elements in an area with a history of steady coastal erosion. In this case, Pacifica City Attorney Cecilia Quick had to determine with the assistance of city staff at what point a state of emergency existed and when a declaration of emergency should be issued.

No matter the cause or immediacy, declaring a state of emergency is an essential step for local governments dealing with such situations. The declaration is the cornerstone to protecting a city from legal exposure. A properly issued declaration ensures that the city receives protections and immunities connected to the emergency response. The city attorney’s role often continues months after the emergency is over, as aggrieved parties typically have up to six months to file a claim and then a lawsuit. During the emergency itself, the city attorney can best assist his or her client by ensuring that the client follows procedural steps up front to reduce the risk of a lawsuit later.

Key Steps in Declaring a State of Emergency

The California Emergency Services Act (CESA) provides guidelines for the declaration of emergencies by local officials and recognizes the strong role of local government in providing services during emergencies. CESA’s purpose is to empower local and state governments to respond in emergencies to preserve lives and property and protect public health and safety. Under CESA, declarations of emergency can be made prior to, during or after a disaster, depending on the unique circumstances surrounding the event. This action may be taken by the city council (with the assistance of a city attorney) in an emergency meeting. If the city council cannot be quickly called into session, the city’s director of emergency services as designated by local ordinance may declare the emergency. Such a proclamation must be confirmed by the city council within seven days. Once the local emergency is declared, it remains in effect for a period of no more than seven days unless extended by the city council.

Declaring a state of emergency provides local governments with the powers necessary to coordinate and implement plans aimed at protecting people and property during a disaster. For example, a declaration of emergency is necessary to secure mutual disaster aid from local, state and federal agencies. A declaration of emergency also permits a local governing body to promulgate orders and regulations necessary for the protection of life and property, such as imposing a curfew and ordering the demolition of unsafe structures. Furthermore, declaring a state of emergency ensures that the local government and its officials and employees are immune from liability when exercising their official duties during an emergency.

Emergencies demand the contribution and participation of all functions of government. In addition to assisting with drafting the declaration of emergency, other important legal considerations and suggestions help local governments in dealing with emergencies.

Participate in test emergency exercises. Test exercises organized by cities and other public agencies involve such things as mock airplane crashes, tsunamis or other potential disasters. There should be broad participation among city staff, including the legal staff, in these exercises. The benefits of participating include the opportunity to actually meet the field responders and see what they do in the real world. This personal connection can be invaluable in a crisis situation. In addition, it gives the city attorney an opportunity to anticipate legal issues that may arise and to be better prepared for these issues.

Confirm that the city has adopted a local emergency plan, and obtain a copy. CESA provides for a state emergency plan and requires cities and counties to administer it. The plan contains information regarding the continuity of government, emergency services of governmental agencies, mobilization of resources, mutual aid and public information. Cities have a plan in place in order to receive state disaster assistance funds for response-related costs. Although CESA does not contain mandatory elements for local agencies to include in their own emergency plans, such plans often contain invaluable practical information, including the names and contact information of the chain of command, contact information for assistance organizations, and sample forms and documents to be used to ensure that emergency powers are properly exercised.

Confirm that the city has entered into mutual aid agreements for emergency and disaster responses, and obtain and keep copies of them. CESA establishes mutual aid regions throughout the state and authorizes local agencies to enter into mutual aid agreements to ensure the requisite emergency response. Collect these agreements and keep them together in an accessible location, and make sure other city employees know where they are. There is no time to search for these documents once a crisis strikes.

Document, document, document. Designate someone to be responsible for collecting and maintaining evidence of the emergency, including resolutions, newspaper articles, photographs, reports and correspondence. Provide this material to the city clerk. To the extent possible, reference the information in the emergency declaration or follow-up public staff reports to ensure the evidence is in the record and known and available to interested members of the public. It may become necessary after the fact to prove not only the existence of the emergency but also its severity and effect on public safety and property. For example, after the event, people who were injured or who lost property during the emergency may question whether it was necessary for the city to respond as it did. Or a city may need to obtain emergency permits from a state or federal agency and may need to demonstrate that an emergency occurred in order for the permit to be granted. Similarly, a city may need to prove that there was an emergency in order to obtain financial aid and restitution from state or federal agencies. Maintaining documentation of the emergency on an ongoing basis will be useful in each of these scenarios.

Don’t forget the Brown Act. During emergencies the Brown Act still applies. It contains special provisions that recognize and attempt to accommodate emergencies, granting local agencies some leeway with respect to notice and agenda requirements in calling an emergency meeting of a legislative body. The city attorney should be familiar with the Brown Act’s emergency provisions so he or she can advise on compliance during the disaster.

Be mindful that private property is still private property, even in an emergency. A city attorney can help a local government avoid liability for damaging or destroying property in an emergency by taking steps to ensure that there was a clear necessity to demolish the property and the demolition or destruction was reasonably necessary to correct any existing danger. The city attorney can work with staff to make sure there is adequate evidence to support the city’s actions and reduce the likelihood of a lawsuit. In the event of a lawsuit, having such evidence puts the city in a strategic position to effectively defend its actions.

The legal department plays an important role in local government when disaster strikes. From a legal standpoint, the best insurance for an effective response to emergencies involves preparation, practice and proper procedures.