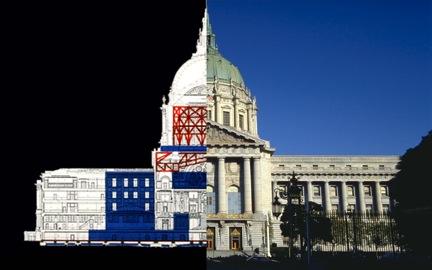 California is an extraordinarily large and diverse state as well as the most populous, with 38 million people. Protecting its complex social, economic and environmental assets from commonly destructive hazards — such as earthquakes, floods and wildfires — is critically important. However, disaster losses have been growing in recent decades, threatening the state’s sustainability.

The Federal Emergency Management Agency (FEMA) has designated the 2010 State of California Hazard Mitigation Plan (SHMP) as an Enhanced State Mitigation Plan, which qualifies the state and its localities for increased hazard mitigation grant funds. The SHMP provides an updated and comprehensive description of the state’s historical and current hazard analysis, mitigation strategies, goals, and objectives for reducing loss of life and property from hazards such as earthquakes, floods and wildfires. 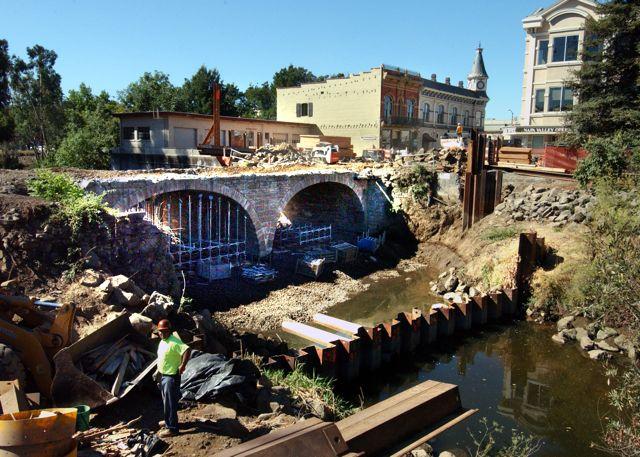 The SHMP also reflects a proactive strategy and the state’s commitment to reduce, prevent or eliminate potential risks and impacts of natural and human-caused disasters and keep our families, homes, businesses, communities and visitors to California as safe as possible. The plan can be found at http://hazardmitigation.calema.ca.gov/plan/state_multi-hazard_mitigation_plan_shmp.

Why the 2010 SHMP Is Important to Your City

The 2010 SHMP is important to California as a cooperative statewide strategy for reducing disaster losses and building overall resilience. It:

In these ways, the 2010 SHMP helps create more resilient and sustainable urban and rural communities throughout California.

It’s in your city’s best interests — for financial, health and safety reasons — to make sure your city council has adopted an LHMP. Local adoption and FEMA approval of an LHMP is a precondition for eligibility to receive federal hazard mitigation grant funds. Adopting an LHMP as part of the safety element of your General Plan also makes your city eligible for additional post-disaster financial benefits.

FEMA approval of the SHMP provides the basis for the state and local governments to receive federal post-disaster recovery and mitigation grant funds. FEMA approval of the 2007 SHMP enabled California to receive approximately $200 million following disasters that occurred between January 2007 and December 2009. This amount included $160 million in Public Assistance infrastructure restoration grants and $40 million in Hazard Mitigation Grant Program grants. Without a FEMA-approved SHMP, California and its cities would not have received these funds. The 2010 SHMP ensures a continuing flow of grant funds to support city improvements that reduce repetitive disaster losses and enhance sustainability. 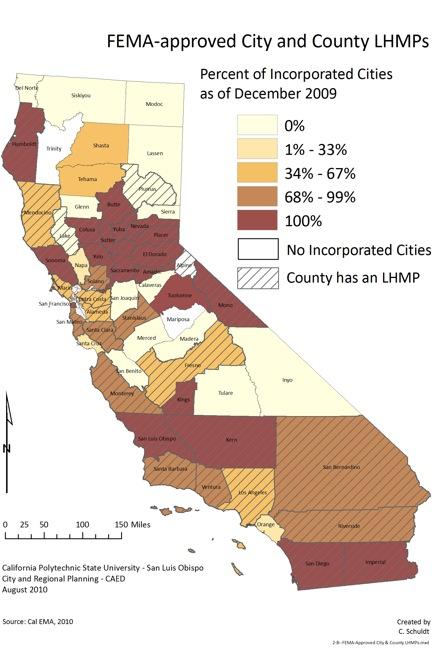