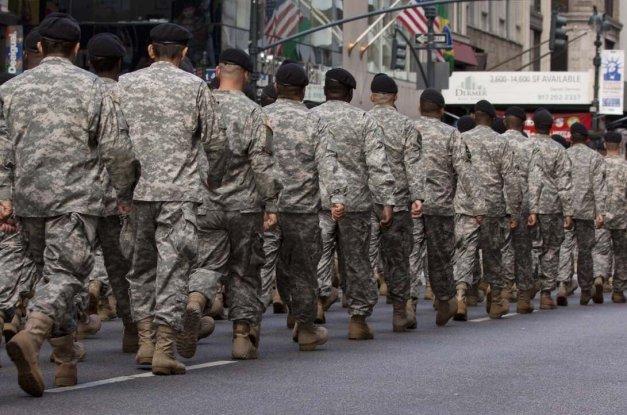 Elisha Harig-Blaine is principal housing associate (veterans and special needs) for the National League of Cities and can be reached at harig-blaine@nlc.org.

Homelessness increased in U.S. cities from the 1980s into this century. Many thought it was an intractable problem. Some communities resorted to trying to move homeless people along with bus tickets out of town or by passing ordinances that prohibited sitting or lying on the sidewalk but did not address the underlying problems.

A U.S. Department of Housing and Urban Development (HUD) count of homeless people on a single night in January 2014 shows fewer homeless veterans than chronically homeless individuals or people in families.

The lower number of homeless veterans is due to historic levels of resources dedicated to this group  and the use of proven strategies such as uniform and coordinated assessment, rapid rehousing and Housing First, an approach that offers permanent housing as quickly as possible for people experiencing homelessness.

Broad bipartisan Congressional support exists for programs, administered by HUD and the U.S. Department of Veterans Affairs (VA), that span the spectrum of housing need. As the capacity of programs — such as HUD VA Supportive Housing, Supportive Services for Veteran Families and Grant and Per Diem — has increased, the number of homeless veterans has steadily fallen.

Since fiscal year (FY) 2008, HUD has distributed more than 79,000 housing vouchers specifically for veterans, including ­­­­­14,944 in California. In addition, since FY 2009 the VA has provided nearly $1.2 billion to help prevent veteran homelessness or rapidly rehouse homeless veterans and their families. In 2015 alone, the VA has provided more than $136 million to 388 nonprofits in California.

When these historic federal investments are combined with mainstream antipoverty resources and the unique health and service benefits available to veterans, cities are showing they have the necessary resources to end veteran homelessness.

To build on the progress of the past five years and meet the federal goal of ending veteran homelessness in 2015, First Lady Michelle Obama announced the creation of the Mayors Challenge to End Veteran Homelessness. To date, more than 700 mayors, county officials and state leaders have pledged their support, including 30 mayors and county officials in California. As elected leaders pledge their support, they are finding community organizations with new federal resources and national partners equipped with best practices developed from across the country.

To help local stakeholders understand these resources and best practices, NLC and HUD signed a memorandum of understanding in support of the Mayors Challenge. Cities have held nine forums in communities throughout the nation, including a forum in June where participants from California communities heard from Houston officials.

People may always experience homelessness, but cities are showing that by developing and maintaining effective and efficient service systems, homelessness can be reduced to the point where episodes are rare, brief and nonrecurring.

For information on the Mayors Challenge, local efforts and how the National League of Cities can help your community end veteran homelessness, email harig-blaine@nlc.org.