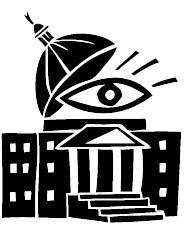 The Ethical Hazards of City Council Members Attending Other Board Meetings

Michael Dean is a Sacramento-based principal and the ethics chair at the legal firm of Meyers Nave. Dean serves as city attorney for the City of Dixon and assistant city attorney for the cities of Colusa and Plymouth. He can be reached at mdean@meyersnave.com. This column is provided as ethics advice and is not intended as legal advice.

However, this may not be such a good idea. As innocent as a council member’s motives may be, when he or she personally attends a planning commission meeting or another subordinate committee meeting, he or she may be crossing an ethical boundary. Council members do not violate any laws by attending commission meetings. However, they run the risk of:

Most city council members know to steer clear of the somewhat hazy legal boundaries that might cause them to be disqualified from the decision-making process due to bias. Many if not most planning commission or other commission decisions are merely advisory to or at least appealable to the city council. Because the right to due process is attached to many of these types of commission decisions, the participants in such proceedings have the right to an unbiased decision-maker at the city council level. A council member who comments at the commission meeting and indicates a firm position on a particular matter may be subjected to a challenge for bias when the same issue reaches the city council.

Beyond the issue of perceived bias, participating in a commission meeting raises other ethical questions. For instance, council members generally have the authority to remove a commission member. With this power, a council member’s mere attendance at a meeting can be highly influential, especially when he or she makes his or her opinions known. Merely indicating that one is not speaking for the entire council, but rather providing one’s own opinion, does not address the significant impact of the “boss” offering an opinion. This influence may also jeopardize a significant role of the commission, which is to provide independent recommendations or decisions to the city council. After all, none of the cities’ commissions are required to exist; if the city council wants to have the role of decision-maker, it could take that role. But when a city establishes a commission, the city council has also by implication indicated its desire to have an independent body make decisions or recommendations. The presence of the appointing authority at the commission meetings affects that independence.

Likewise, in a council-manager form of government, the intent and expectation is that a city council will act as a whole, not as individuals. Council members normally receive the same information simultaneously from city staff or from their subordinate commissions or the public’s testimony. This allows the council members as a body to draw conclusions in a fair and balanced way based upon the same factual foundation.

Of course, council members do not completely give up their rights as private citizens, and they are both free to and expected to gather information relevant to the performance of their duties. They are entitled to attend a commission’s public meeting. However, to remain firmly upright on the ethical tightrope, council members should wait until the commission makes its recommendation to the city council in its entirety — thus preserving the original intent of both the independent commission and the city council.

Alternatives to Attending in Person

Learn more about bias in the October 2006 “Everyday Ethics” column, “When an Elected Official Feels Passionately About an Issue: Fair Process Requirements in Adjudicative Decision-Making.”