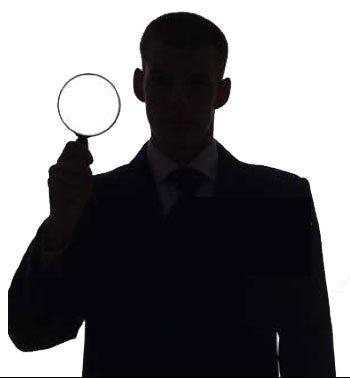 Ethics and the Agency Auditing Function

What role can an auditor play in preventing ethics issues in an agency?

Auditors can help elected officials and agency managers make sure that public resources are properly used. By conducting periodic audits, local agencies can underscore their commitment to ethics and ensure that any misuse of public resources is detected and investigated. Thus, auditors play a vital part in the process of confirming that an agency is operating responsibly and ethically.

In some agencies, auditors also review procedures for handling potential conflicts of interest among staff. 2

Auditors deter fraud by identifying and reducing or eliminating the conditions that allow fraud to occur.3 Moreover, the very fact that activities are subject to review through an audit can deter improper activities.

Auditors are also in a position to determine whether potentially fraudulent acts have occurred4 and initiate investigations based on suspicious circumstances or complaints.

What Can Go Wrong?

The overwhelming majority of public employees are conscientious stewards of public resources and property. However, for a few employees, the temptation to use one’s position for personal financial gain is too great to resist. Giving in to such temptation can take the form of soliciting or accepting bribes and misusing or misappropriating public resources.

Some local agencies have a standing in-house auditing function. For example, most counties and some cities have elected auditors. In other agencies, audits are handled either by staff who were appointed by the governing body or by contracted certified public accountants. The question of who performs audits depends on local conditions and resources.5

The Institute of Internal Auditors (www.theiia.org) has identified the following seven key elements of an effective public sector audit:6

A key issue is determining to whom irregularities are reported. In some cases, the auditor reports directly to the governing body. Some agencies create an independent audit committee for this purpose. In some agencies, audit committees are formed as subcommittees of the legislative body, such as the board of supervisors, city council or board of directors. Other agencies may include members of the public as part of the audit committee.7

Audit committees should be independent of management, and committee members must be collectively knowledgeable about financial matters. Local agencies should evaluate their governance structure to determine whether an audit committee is appropriate for their particular situation. For more information, see the American Institute of Certified Public Accountants’ Audit Committee Toolkit for Government Organizations (www.aicpa.org/Audcom mctr/toolkitsgovt/homepage.htm).

What Powers Should an Auditor Have?

For more information about the role auditors play within an agency, visit www.ca-ilg.org/auditors for links to the resources that informed this article. The web page also provides an opportunity to comment on this article and share your experiences with audit functions.

The Importance of Tips

Confidential reports of misconduct from employees and others are one of the most effective means of detecting fraud.8 Increasingly, local agency auditors are establishing and operating ethics/fraud hotlines. Auditor-operated hotlines are authorized by California state law.9 A requirement for auditors to protect the identity of callers helps encourage reporting fraud and misconduct.10

Organizations can improve their detection efforts by establishing formal structures to receive reports about possible fraudulent conduct. California’s state auditor has a web page that contains useful information to request from those reporting potential wrongdoing (www.bsa.ca.gov/hotline/).

In a 2008 survey, the Association of Certified Fraud Examiners (www.acfe.com) found that more than half of all fraud detection tips came from employees, which suggests that agencies should focus on employee education as a key component of their fraud detection strategies. Employees should be trained to understand what constitutes fraud and how it harms the agency. They should be encouraged to report illegal or suspicious behavior, and they should be assured that reports may be made confidentially and that the agency prohibits retaliation against whistle-blowers.11

What Is an Internal Control?

A key function of any audit is to assess an agency’s internal controls, which are key tools in preventing misuse or misappropriation of public resources and assets.

Examples of internal controls include:

[3] The Institute of Internal Auditors, The Role of Auditing in Public Sector Governance (November 2006).

[5] Association of Certified Fraud Examiners, 2008 Report to the Nation on Occupational Fraud & Abuse (2008).

[6] The Institute of Internal Auditors, The Role of Auditing in Public Sector Governance (November 2006).

[8] Association of Certified Fraud Examiners, 2008 Report to the Nation on Occupational Fraud and Abuse.

[12] City of Sacramento Audit Office, What Do We Look For? (www.cityofsacramento.org/auditor/Other.htm).

This article appears in the December 2009 issue of Western City
Did you like what you read here? Subscribe to Western City