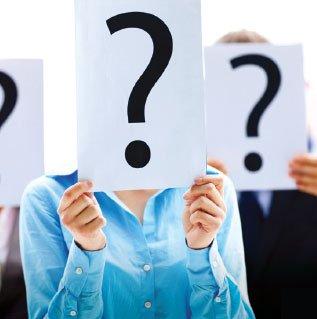 The Ethics of Public Language

I am new to public service and feel a bit like Alice in Wonderland. I carefully studied my first agenda packet and found it had elements that seemed like a foreign language, with all sorts of unfamiliar phrases and acronyms. The same thing happened at the meeting, where staff, elected officials and others all used terminology that would not be understandable to the average resident trying to follow the discussion and provide input.

This seems wrong. In conducting the public’s business, shouldn’t we use language that everyone — including the public, media and me — can understand?

Local agency decision-making can indeed have very technical elements. Local agencies need to comply with state laws and judicial decisions that involve various terms of art, many of which are shortened into acronyms. (A term of art is a word or phrase used in a specific field, discipline or profession; in that context, the term of art has a specific meaning, which is generally not the same as its common usage.)

The Benefits and Costs of Speaking in Technical Terms

Using technical terms can have a number of benefits:

However, using technical terminology can also have potential costs:

These costs all risk undermining public trust and confidence that public servants are acting in the public’s best interests.

The federal government has been working on this issue for decades (ingrained habits can be hard to shake). The products of this effort include www.plainlanguage.gov, which offers a wealth of tips and links to reference materials on improving how government communicates with the public.

Los Angeles County launched a plain-language initiative whose goal is to shift the county’s language culture to a simpler, clearer form, including county contracts. County departments reported significant savings of staff time responding to questions and complaints after translating materials into plain language. The California State Association of Counties honored the effort with its prestigious Challenge Award in 2010 (for more information, visit http://qpc.co.la.ca.us/pl.asp).

The Center for Plain Language (http://centerforplainlanguage.org) declares that “plain language is a civil right” and offers support and resources for those interested in using plain language.

Writing in plain language is work. The philosopher-scientist Blaise Pascal is famously quoted as apologizing for a long letter because he “lacked the time to make it shorter.” To help local agencies save time in translating commonly used concepts and terminology in local decision-making, the Institute for Local Government (ILG) offers a number of resources designed to help newly elected officials, the media and others understand some of the complex terminology underlying policy discussions at the local level. These include:

The general goal of ILG’s “Local Government 101” program (www.ca-ilg.org/localgovt101) is to help make the local governance process in California more accessible and understandable to its participants. A number of these resources are available in both English and Spanish. ILG invites local agencies to link to these resources from agency websites.

Stop the Presses!
Where’s the Next Installment of the Gift Series?

Regular readers of this column know that in 2011 it has been devoted to explaining, in plain-language terms, the rules related to public officials’ receipt of gifts.

As the October column was being readied for publication, the Fair Political Practices Commission (FPPC) announced a proposal to significantly overhaul these rules. Rather than publishing the scheduled column on understanding the special rules related to free or discounted admissions to various kinds of events, the Institute for Local Government and Western City decided to pull the column because many of these rules could be changed as part of the FPPC’s regulatory review.

A future “Everyday Ethics” column will provide an update on the FPPC’s actions related to gift rules. In the meantime, visit www.fppc.ca.gov for updated information.

Orwellian Advice From Politics and the English
Language

In his 1946 essay Politics and the English Language, George Orwell criticizes contemporary speech — and particularly political speech — as being designed to hide the truth. He notes that “a scrupulous writer, in every sentence that he writes, will ask himself at least four questions, thus:

Some of Orwell’s do’s and don’ts for clear speech include:

The Institute for Local Government (ILG) offers a number of resources to help newly elected officials understand the processes and policy areas where they now play an important role. These include materials that explain:

All of these resources are available through ILG’s “Local Government 101” page at www.ca-ilg.org/localgovt101.

Making a commitment to plain language is an important step in connecting the public with local agency decision-making processes. Creating programs that help the public learn more about how local government works is another step local agencies have taken. These leadership programs provide an important tool to help residents understand and engage in local issues. There are currently more than 30 general leadership academies and 70 citizen and police academies on the roster.

A list of these programs can be found on the Institute for Local Government (ILG) website (www.ca-ilg.org/CitizenAcademiesRoster) as part of a resource center to help local officials interested in creating or enhancing their agencies’ efforts in this area (www.ca-ilg.org/localcivics). ILG is also collecting stories about these academies to share on its website. To share your agency’s story, visit www.ca-ilg.org/publicengagementstoryform.