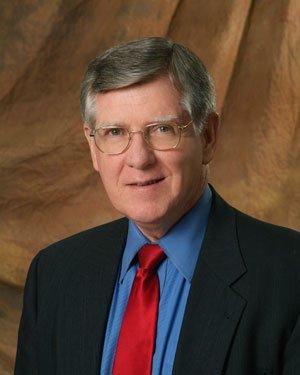 Ted Gaebler is city manager of Rancho Cordova and coauthor of the best-selling Reinventing Government: How the Entrepreneurial Spirit Is Transforming the Public Sector. He recently shared his thoughts with Western City editor Eva Spiegel about current issues and local government.

Western City: It’s been 18 years since you coauthored the best-selling book Reinventing Government: How the Entrepreneurial Spirit Is Transforming the Public Sector.Reflecting on what has transpired since the book’s publication, what progress have California cities made in general?

There is no question that government still needs to be reinvented, from the federal to the state to school districts, special districts, counties and cities. They could all still use some help.

The book focuses on how to not be bureaucratic. It was the best-selling book about government ever published — 800,000 copies sold and translated into 20 languages. People care about bureaucracy, which is what all governments have in common. So a book that looks at how governments can be faster, quicker, more efficient and use tax dollars to leverage things was well received.

If the book had been totally implemented, there would no longer be a need to reinvent. Clearly that is not the case, and there is still a need for more people to embrace the ideas of government reinvention.

In the book, we primarily wrote about administrative people like city managers, finance directors and housing authority people. We didn’t write much about politicians. Interesting enough, in the decade following the publication, electeds like Bill Clinton and Al Gore and many mayors picked it up as a very practical theme to run on. One of the changes that occurred in the first decade after the book was published was elected officials making it a good or bad thing they ran on.

For example, in Nevada County, a supervisor who was anti-government bought 15 copies of the book and then stormed into a department meeting with them, dumped the box of books on the table and told staff to read it. In other examples, electeds asked staff more gently to change things.

It was also picked up by many avant garde managers in hospital districts, water districts and so forth. And now it’s been picked up by all the graduate programs in public administration, MBA programs and many more. It’s been fairly extensively used in private-sector schooling because it’s about how to effectively run an organization. So it went way beyond city governments.

We now talk openly about customers. We talk about public-private partnerships. But not many people have picked up on the catalyst theme. My position has been that Proposition 13 was a wake-up call. It was a harbinger for the other 26 states that followed with something similar. What we now know occurred is that people were turning away from government as the end-all and be-all after 100 years of riding that horse. But prior to the 1800s, all schools were private and there were no hospitals or social services. So if you wanted social services, they were done by guilds or clans. But in the 1800s, first in Europe and then in the United States, citizens turned to government more.

In 1933, America spent 20.1 percent of its GDP on government-provided services at all levels. In 1976, that peaked at 39.4 percent. So in two generations, 44 years, we doubled the amount of money that Americans were willing to launder through government.

The world backed away from government as a service provider at that time in the late 1970s. I signed up to work for government in 1960 as a freshman in college expecting to join a growth industry. Partway into my career, that changed. It’s a fundamental shift. The question then is, what should I do when my industry changes and what should we in government do when it is clear that the appetite for government providing services has changed? We had [that appetite] from the 1870s to the 1970s; we wanted governments to do more for us, and we were willing to give them more money to do it.

I have been disappointed that people have not picked up on the catalytic role of government. If our industry has to change because citizens demand it, do we dry up or do we act as a broker, catalyst and facilitator? Do we get out of the service providing business and become a catalyst, broker, facilitator instead?

I said, why don’t we turn the role of government into catalyst so we can influence what schools do, churches do, Rotary does, what corporate giving does, and leverage it towards publicly adopted goals? Instead of providing services, why don’t we help a community achieve its goals? We should steer, not row.

But in the past 18 years, government has continued to have the rowing function and not to steer. I have always sat on the chamber of commerce board in the seven jurisdictions I’ve served in order to influence business investments to broader community goals and stop political nonsense. I have staff who attend the ecumenical council meetings, serve on United Way, etc. We have been welcomed into many of the areas of the community and helped knit them together. We provide staff to other organizations. I’ve hired out-of-work bank executives to help teach the city staff how to be more efficient. We have not isolated ourselves as ivory tower bureaucracy. We stick our nose in what the outcomes are for the library district, the fire districts and schools. We loan our staff to 30 different organizations, some public, some private, some just getting started. We do all kinds of things so we know what kinds of resources there are in the community that can be leveraged.

Not as many people as I had hoped have picked up on this principle in the 18 years since the book was published.

WC: How do you think the current economic recession has affected California cities, and what does that mean for cities going forward?

We are continuing to have resources shrink. For 30 years, resources shrank because citizens intended them to. But now they are shrinking because of the economy. We tended to use Netflix instead of the library, we started charter schools. We did all sorts of things to take ourselves out of buying government services.

Local governments are dependent on sales tax dollars. We are hearing that America has nine times more retail square footage than it needs to service the country. 300 malls have closed. There isn’t going to be more retail stuff built for decades. Look at the mall in Elk Grove that is only one-third complete.

We need people to examine the role government plays in their communities. This is freeing because others can provide services. We should not just assume we will have a lesser quality of life because the public is investing less. The GNP of California has increased since Prop. 13 passed, and so has the quality of life. We got overstaffed in our police and fire services, and it’s time to really rethink that what we want this institution to do for us.

WC: How can this happen?

It requires some right people who care about government to restructure the role of the institution.

WC: Is anyone doing this?

I’m sure there are here and there. There must be some debates going on in communities. It would be nice if reinventing government became a movement like ecology or the Susan Komen breast cancer campaign. It had and has a following, but thinking is hard work. It’s much easier to do the same thing over again. To change cultures, you need consistent leadership and much more. Rarely do politicians or electeds give incentives for staff to be innovative — almost quite the opposite. If you try to do something different, often you’re handed your head. So public sector employees have learned their pay is the same if they innovate or not, and if they innovate it may be the end.

The book talked a lot about mavericks, people who were so frustrated that they were willing to take a risk. More people would be involved in this if it was perceived to be less risky and more supported.

WC: If you were advising a new city council member or a new city manager about what they should focus on, both short-term and long-term, what would you tell them?

I would advise that these new council members and managers do some rethinking about what their mission is in their communities, not what it has been but what it can and should be. This should be done first at the staff level and then with the larger community.

WC: With respect to California state government, what are the bright spots?

I am a Californian by choice. I’ve been in 50 states, 60 counties. I choose to live in California because of its weather, its lack of bugs, its topography and the diversity of its people. California is full of creative people, and some of them are in city government.

WC: What challenges are specific to California? How can cities position themselves to meet these challenges?

Without being self-serving, I think people should read the book and then read the next book, Banishing Bureaucracy, which got much less play but is chock-full of information on how you transform government. It has page after page of numbered tasks that people should do.

I don’t think there is anything about California that is harder or easier to do than Ohio or any other state. In some ways it is easier to do things in California because there are fewer entrenched ideas. New England states have traditions that go back 400 years — the South too. There is cultural diversity here in California and more tolerance here for social ideas and thus more tolerance for changing things. There should be greater freedom here to do more innovative things. But the problem is getting city managers to see that is their role, their job, their skill.

WC: If you rewrote your book today, is there anything else that you would focus on or include?

I spend a lot of time thinking about how to go from a successful idea that has been tested in a single government and transform it into a nationwide movement. How can I present government in such a way? I am very positive about government. Where can we get the energy source to inspire people to devote themselves to making our governments better? That is the book I would write, something that would act as an incendiary agent to catalyze government change for the good.

The first book captured stories about working practices. The book wasn’t about theory but by example. We chronicled the successes of people who were government re-inventors and packed it into an easy to read them with the chapters. We didn’t create a theory of weight loss so to speak. That was the power of the book.

If I could find how you create a movement, like the woman who started Mothers Against Drunk Driving or the man who founded Alcoholics Anonymous did, then I could facilitate the transformation of government. The Tea Party has catalyzed people to be anti-government. I would like to do the opposite. I would like to start a positive movement. I have a deep interest in government being better.